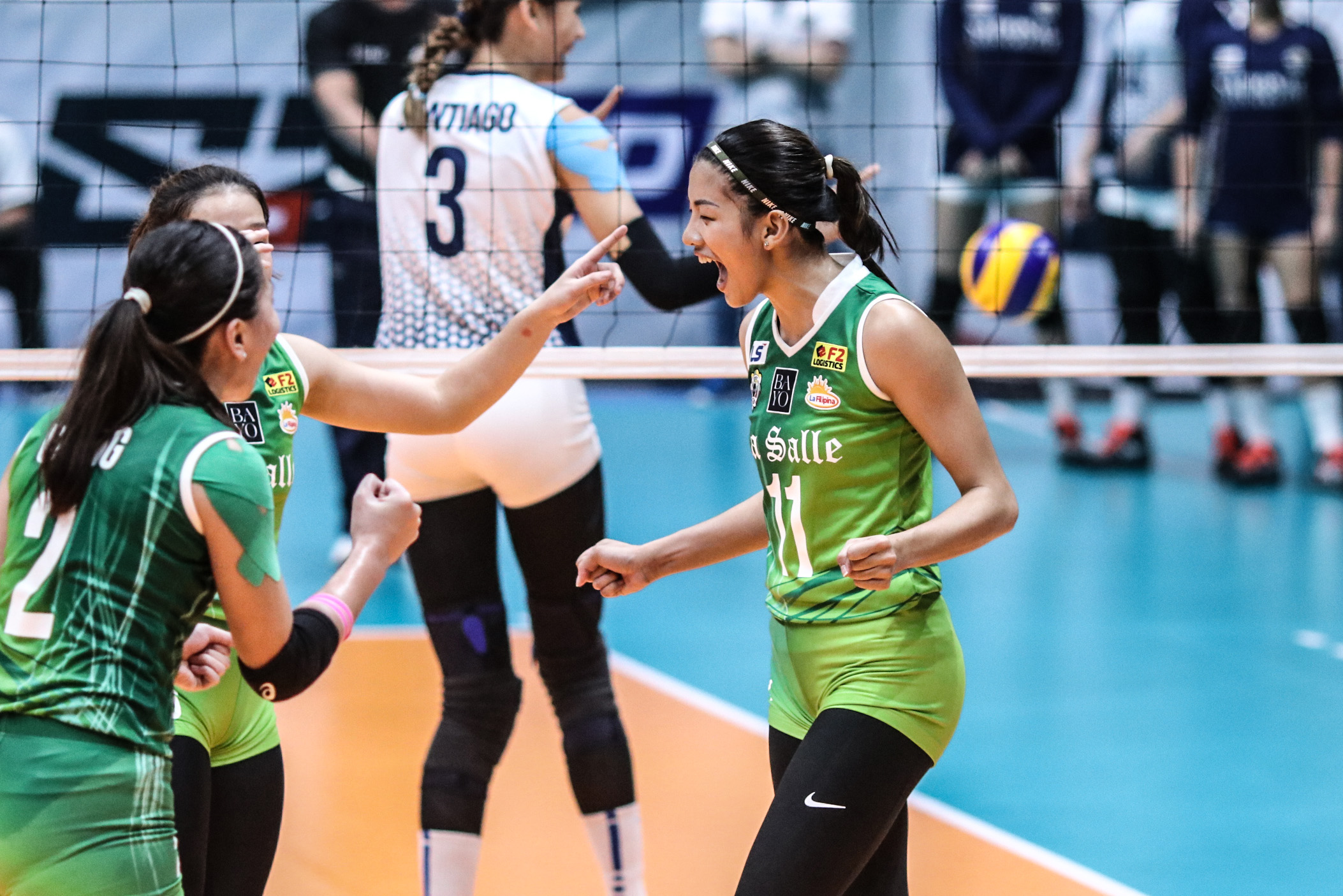 The Lady Spikers will face the Far Eastern University (FEU) Lady Tamaraws in Game 1 of the women’s volleyball best-of-three title series on Saturday, April 28, at the Araneta Coliseum.

The last time the two teams met in the finals was in Season 71, where DLSU emerged as the champion.

Playing her final season, Jaja Santiago ended her UAAP career with 17 points off 13 spikes for the Lady Bulldogs.

The Lady Spikers showed no mercy in the third frame and quickly finished off the Lady Bulldogs after two tight sets. Julia Ipac’s attack made it a 10-point lead, 21-11, and she later also brought DLSU to match point.

The Lady Bulldogs got off to a strong start to the game as they led DLSU by 5 points, 12-7. Kim Dy scored a personal 5-1 run for DLSU that tied the score at 19-all.

NU escaped the stalemate and Jaja Santiago was able bring the team to set point. Arriane Layug extended the set which gave the Lady Spikers a chance to close out the set with an ace by Desiree Cheng.

The Lady Spikers did not give up the lead in the second set despite NU’s efforts to stay within striking distance. DLSU made up for their errors as May Luna brought it to set point and Tin Tiamzon’s block gave the Lady Spikers a 2-0 match advantage.