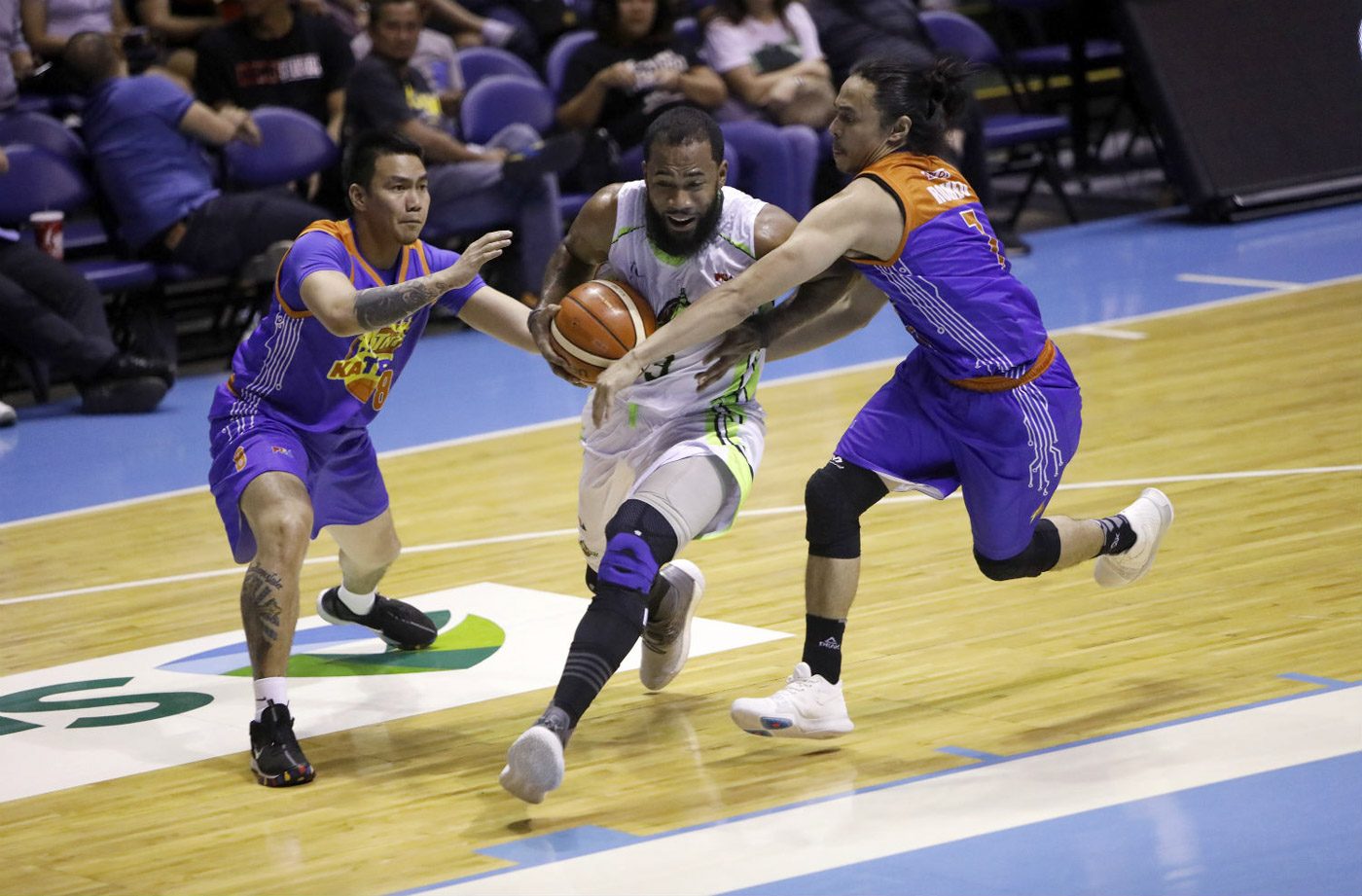 MANILA, Philippines (UPDATED) – The TNT KaTropa banked on a balanced scoring attack to topple the GlobalPort Batang Pier, 128-114, in the opening day of the 2018 PBA Commissioner’s Cup at the Araneta Coliseum on Sunday, April 22.

TNT saw what was once a 21-point cushion diminish to a slim two-point lead heading into the payoff period, 83-81, before it rode on a 16-4 run to pull away for good.

The Batang Pier were still well within striking distance with less than 3 minutes left but a disqualifying foul on Mo Tautuaa – a kick in the chest on TNT import Jeremy Tyler during a dunk – and an unsportsmanlike foul on Joseph Gabayni proved too costly as the KaTropa protected their double-digit lead.

Although TNT went away with the win, the rough play had head coach Nash Racela raising his eyebrows.

“It’s nice that the PBA is allowing some level of physicality but if it gets to a point where players intentionally hurt each other, we should all question that,” said Racela.

Terrence Romeo, who was traded to TNT from the Batang Pier with Yousef Taha for Tautuaa and future picks, finished with 11 points, highlighted by 6 straight points in the 4th quarter that gave the KaTropa a 115-110 lead, on a 4-of-13 clip.

Jericho Cruz added 16 points and 5 rebounds while Tyler chipped in 14 points and 12 rebounds in the win.

Sean Anthony paced the Batang Pier with 34 points, 10 rebounds and 5 assists while import Malcolm White had 27 points and 12 rebounds.

Tautuaa had 10 points and 7 rebounds before being his ejection while Stanley Pringle added 14 points, 7 assists and 6 rebounds in the loss.