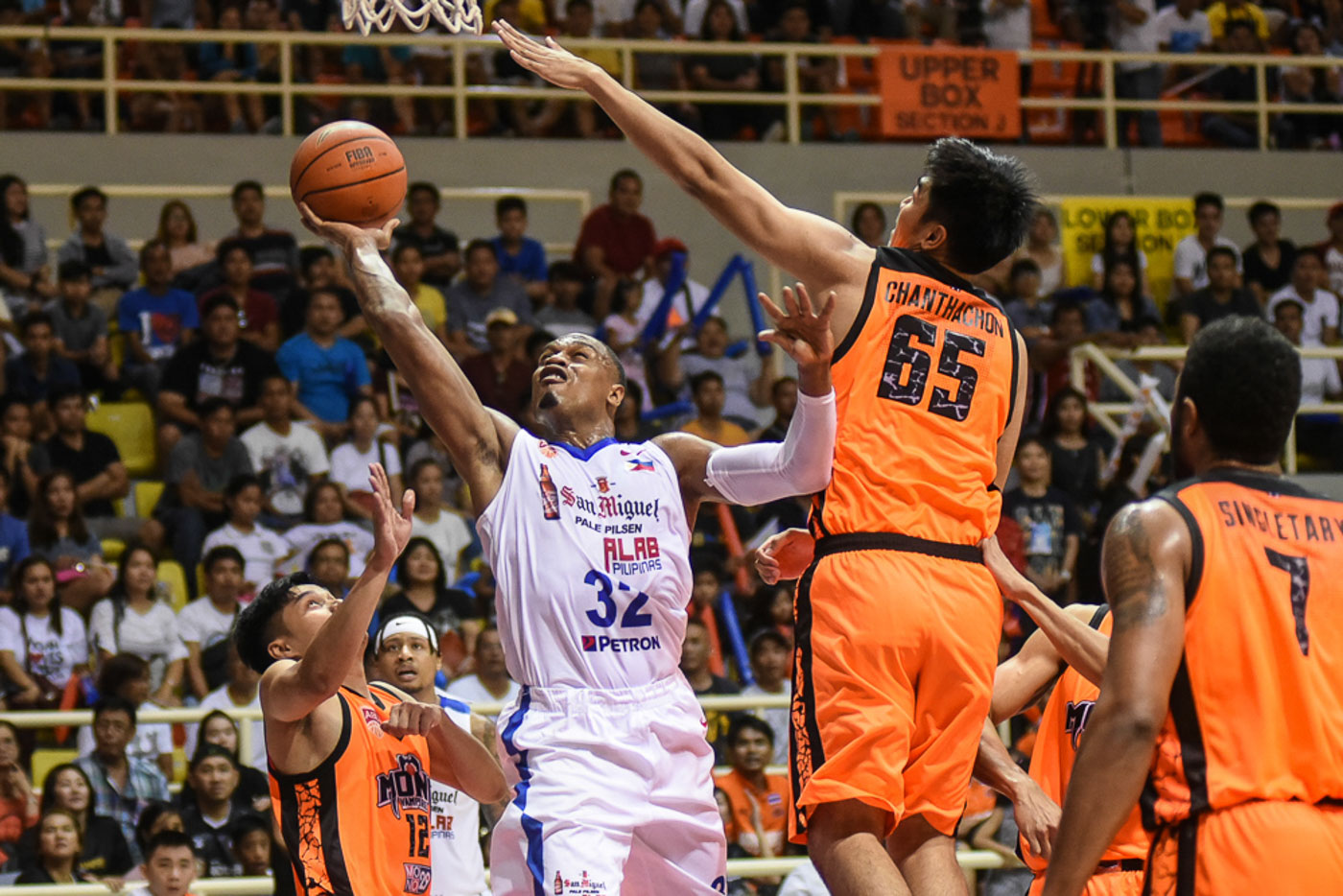 Brownlee tied the playoff scoring record owned by teammate Renaldo Balkman, who also erupted for 41 points in the victory that gave Alab a 1-0 lead in the best-of-five series.

Both imports delivered in the clutch with Brownlee sinking a desperate late triple for Alab to inch within one, 119-120, and Balkman later nailing the game-tying tip at the end of regulation.

In the extra period, Alab opened with a crushing 8-0 run led by the Balkman-Brownlee duo. The home team never looked back as they cruised to a double-digit advantage.

Bobby Ray Parks, Jr. also came through for the home team, scoring 12 of his 27 points in the fourth quarter – including key corner triples that create a comfortable 102-93 cushion – before fouling out.

Samuel Deguara, Mono’s monstrous 7-foot-5 center, was predictably dominant from the get-go, scoring 10 of his team’s first 19 points in the opening 5 minutes with 3 early blocks and boards to boot. The Balkman-Brownlee duo to kept the game close for Alab, but Jason Brickman and Mike Singletary drained consecutive triples to end the first with a 32-26 Vampire lead.

With Alab unable to stop Mono’s inside looks for the 38-33 lead, Coach Jimmy Alapag called for time as Brownlee was seen visibly arguing with point guard Josh Urbiztondo. Cooler heads prevailed for the home team as frustrations leaked to the Thai side, with Deguara getting two consecutive offensive fouls and a swift benching right after. With the Vamps’ size advantage neutralized, Parks knotted the game at 47 with a layup and later sank the go-ahead triple right at the halftime buzzer for the 59-58 lead.

Parks kept rolling to start the third frame, as he fished Deguara’s fourth foul at Alab’s first possession for another prompt ride on the pine. Mono’s Heritage imports Brickman and Paul Zamar made up for lost firepower with a couple of long bombs, but Parks and Law Domingo held down the fort with hard drives for the 76-72 lead. At the end of the third, Singletary called for isolation and sank a quarter-ending lay-in to tie the game at 87 entering the final quarter.

After Mono opened the fourth with a go-ahead bucket for the 91-89 lead, Alab blazed hot with a 10-2 response for a 6-point lead, 97-91, courtesy of key triples from Brownlee and Parks. They then extended that gap to 9, 102-93, following a mid-range jumper from Pao Javelona and another Parks trey. However, that lead vanished after Darongpan Apiromvilaichai drained a corner triple to complete a game-tying 13-4 run, 106-all.

Later on, Singletary was fouled in the penalty with 19.3 seconds left and calmly sank his charities for the 120-116 advantage.

Off the timeout, Brownlee sank a running triple to creep within one, 119-120. Singletary then missed one of his two penalty shots to keep the game open at 121-119. With 7.1 seconds remaining, Brownlee fished the disqualifying foul on Deguara but blew his two free-throws. However, Balkman was there for the offensive board and game-tying bucket at 121-all. – Rappler.com