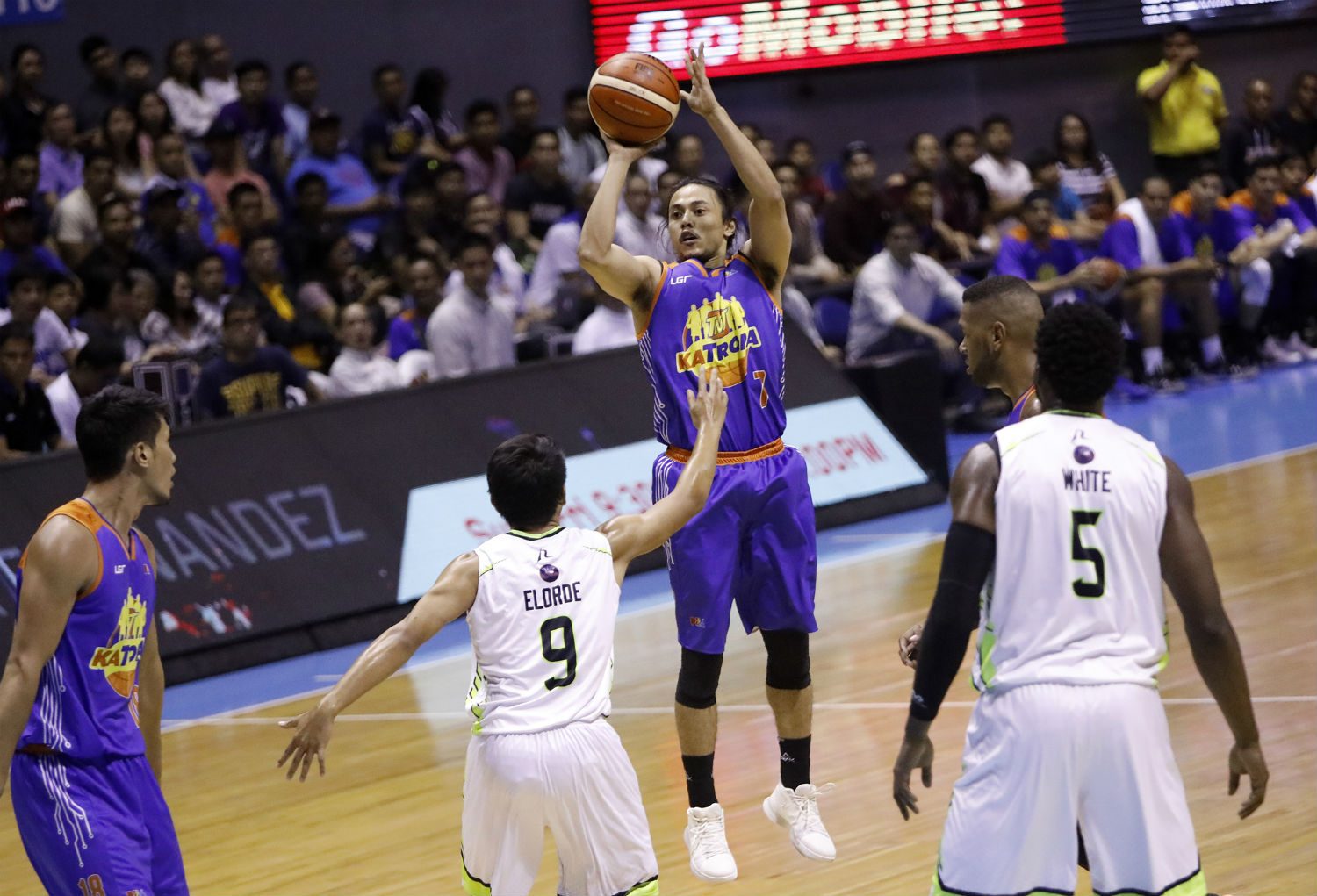 MANILA, Philippines – Terrence Romeo is arguably the best ball handler in the PBA.

He utilizes his razze-dazzle of moves on the way to being named the league’s scoring champion for the past 3 seasons. He has PBA players and international cagers on his list of victims with his killer crossover.

So when he gets called for consecutive dribbling violations, Romeo couldn’t help but doubt the officials.

The 26-year-old was assessed 3 straight dribbling violations within 30 seconds midway through the payoff period of the TNT KaTropa’s 128-114 win over the GlobalPort Batang Pier on Sunday, April 22.

The referees whistled back-to-back double-dribble and a traveling violation on Romeo, which led to his benching.

(When the referee whistled me for double-dribble violations, they were probably basing them from what they do from other planets. I don’t know, I will just probably adjust since I don’t know what planet the referee is from. I can’t do anything about it.)

(But no worries, I will just adjust and hopefully I can visit their planet next time.)

Despite finishing with 5 turnovers, Romeo still finished with 11 points, 3 assists and two rebounds in his first game with the KaTropa that, interestingly, went up against his former team in GlobalPort.

And although he shot a paltry 4-of-13 from the field, the former Far Eastern University standout scored 6 straight points in the 4th quarter that put TNT in a good position to win.

Romeo and the KaTropa return to action on April 28 against the Phoenix Fuel Masters at the Ynares Center in Antipolo. – Rappler.com