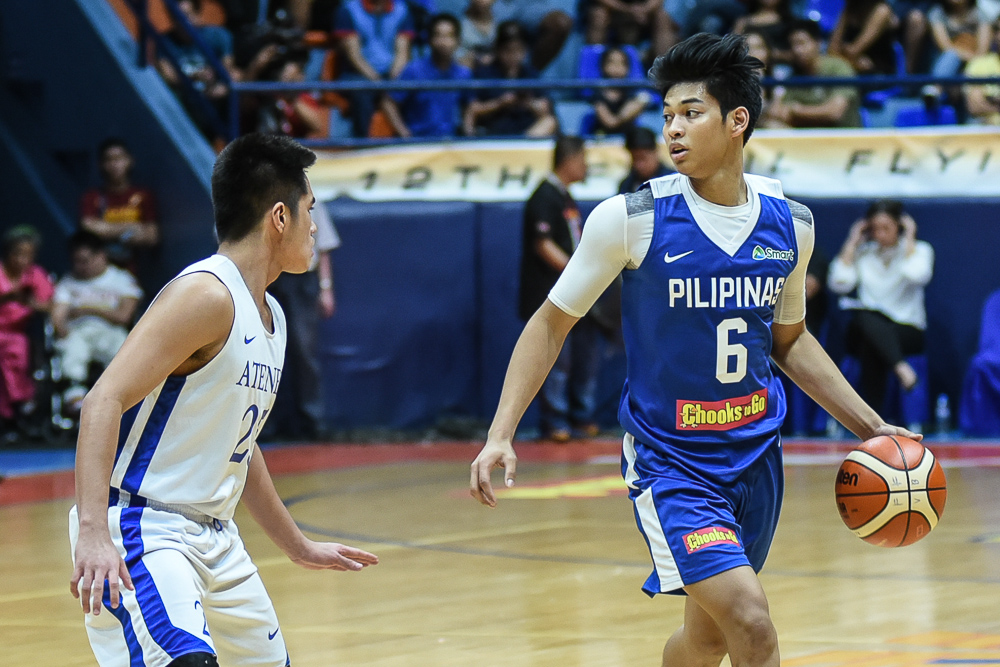 MANILA, Philippines – It will be an unusual sight when Ricci Rivero suits up for the Gilas Pilipinas cadets to face his former team De La Salle University in the Filoil Flying V Premier Cup.

After all, Rivero, aside from former teammate Ben Mbala, had been the face of the Green Archers during his stint in Taft.

But the high-flying guard, who left La Salle earlier this month, isn’t holding any grudges when his Gilas cadets take on the Green Archers on Friday, April 27, at the Arena in San Juan.

(I’m looking forward to it since everyone wants to face La Salle before and it is what I feel now. Every team we’ve faced before, they were hungry to have La Salle as their opponents. They want to give it their best.)

With the Green Archers, Rivero won a UAAP championship and was named to the league’s Mythical 5.

It is also with La Salle that the 19-year-old turned into one of the most popular basketball players in the country, as evidenced by his 485,000 Twitter followers and a myriad of endorsement deals.

On Friday, Rivero will be sharing the floor with his former teammates again, although they are now playing for opposing squads.

“I’m going to prepare for it, sana maging okay naman. Pero wala namang any negative thing about playing against them.”

(I’m going to prepare for it and I hope it will be okay. But I don’t have any negative thing about playing against them.)

Rivero, who is coming off a 17-point, 4-rebound and 3-assist performance in Gilas cadets’ 69-75 loss to the Ateneo Blue Eagles last April 21, seeks to get his first Filoil win against La Salle, which won its first game over the UP Fighting Maroons. – Rappler.com