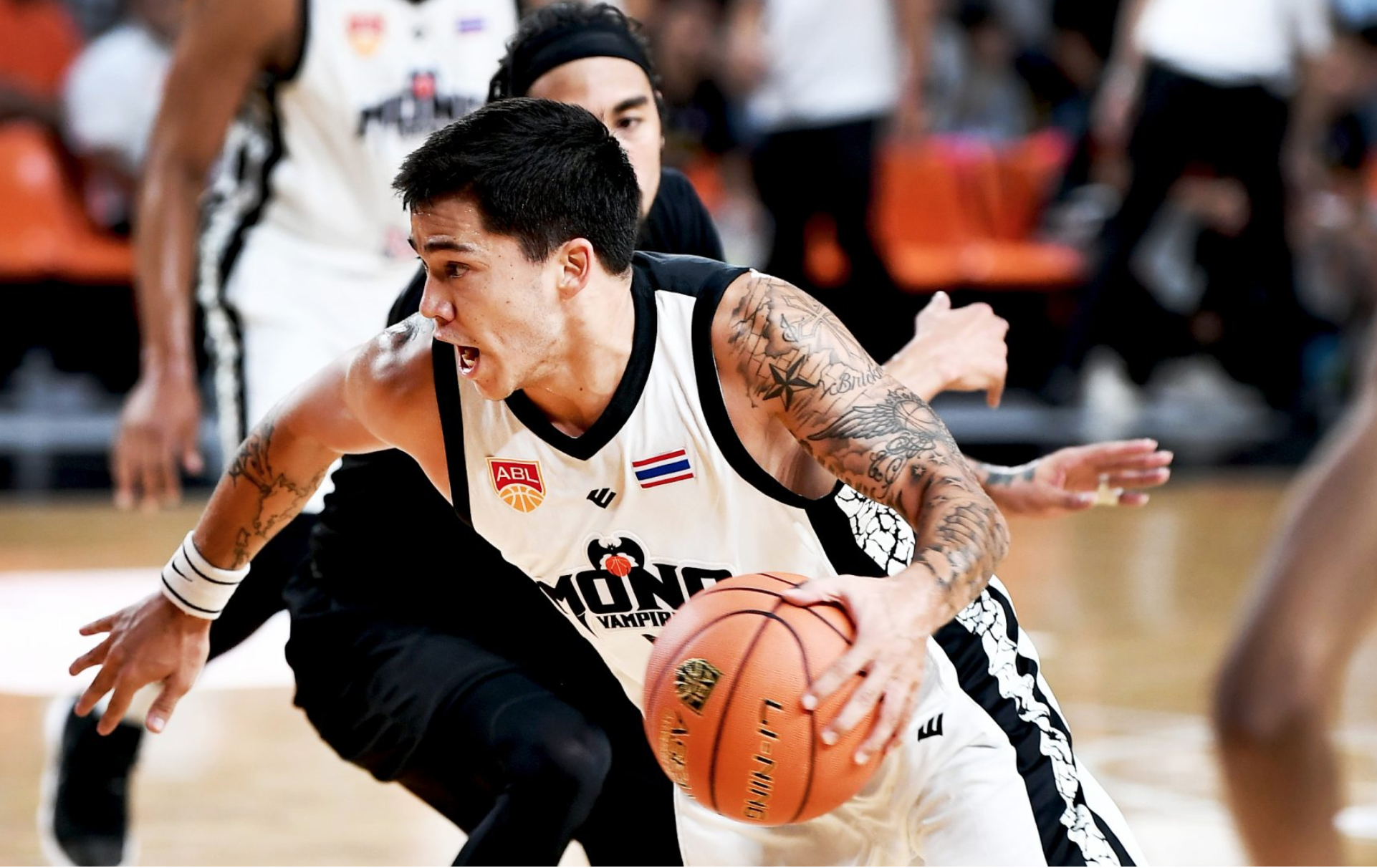 MANILA, Philippines – Game 1 of the Asean Basketball League (ABL) Finals between the San Miguel Alab Pilipinas and Mono Vampire was all about points – a lot of them.

Three players, in fact, scored at least 40 points in Alab’s 143-130 overtime win against the Thai Mono. Justin Brownlee who set a finals record with 46, Renaldo Balkman who dropped 41, and Mike Singletary who had 42.

All game long, the Filipino fans were treated to flashy dunks, hard drives and pinpoint threes. Even other players such as Bobby Ray Parks and Samuel Deguara amped the entertainment value with their offense.

It was, therefore, easy to overlook the true heroes of the contest, which is something rookie coach Jimmy Alapag didn’t let slip. After the game and his first finals win, he gave time to rave about Mono’s Filipino-American point guard Jason Brickman, who again dropped a double-double of 15 points and 14 assists and stayed true to his distinction as the ABL’s top assist man.

“I’ve been a big fan of Brickman for a long time,” said the long-time TNT floor general. “He’s probably one of the smartest point guards I’ve seen in a long time. For someone who doesn’t blow you away with his athleticism or his size, his basketball IQ is off the charts. If you let him pick you apart, he will.”

When asked which basketball player Brickman reminds him of, Alapag had, quite literally, a legendary answer.

“The first guy that comes to mind is John Stockton,” Alapag told reporters. “Much different than some of the other point guards you’ve seen in the ABL who are more athletic or might be a little bit faster with their foot speed. He beats you with his ability to just floor the ball, and he throws it with accuracy.”

Stockton, a Naismith Basketball Hall of Famer and member of the mythical 1992 Dream Team, is widely regarded as one of the best NBA point guards of all time. The Utah Jazz legend currently still holds the all-time league records in assists and steals with no active player even remotely close to catching up.

“I’ve been a big fan of him but I’ll try not to be too big of a fan until this series is over,” he added.

Rappler Sports relayed all these praises to Brickman, who was understandably honored.

“That’s a great compliment coming from one of the best point guards to play in the PBA,” he said in an exclusive interview. “He has done a really good job all year coaching Alab and they are a tough team to beat.”

Additionally, Brickman said he’s up and running for Game 2 after going down with cramps in the previous contest.

While Brickman appreciates the comparisons to John Stockton, he’s not ready to go down without a championship just yet, even if it will be at the expense of Alapag. – Rappler.com