Apr 25, 2018 6:59 PM PHT
Delfin Dioquino
Facebook Twitter Copy URL
Copied
The American import flexes his muscles with 30 points on an ultra-efficient 14-of-15 shooting to go with 19 rebounds, 6 assists, 4 blocks and 3 steals for the Bolts 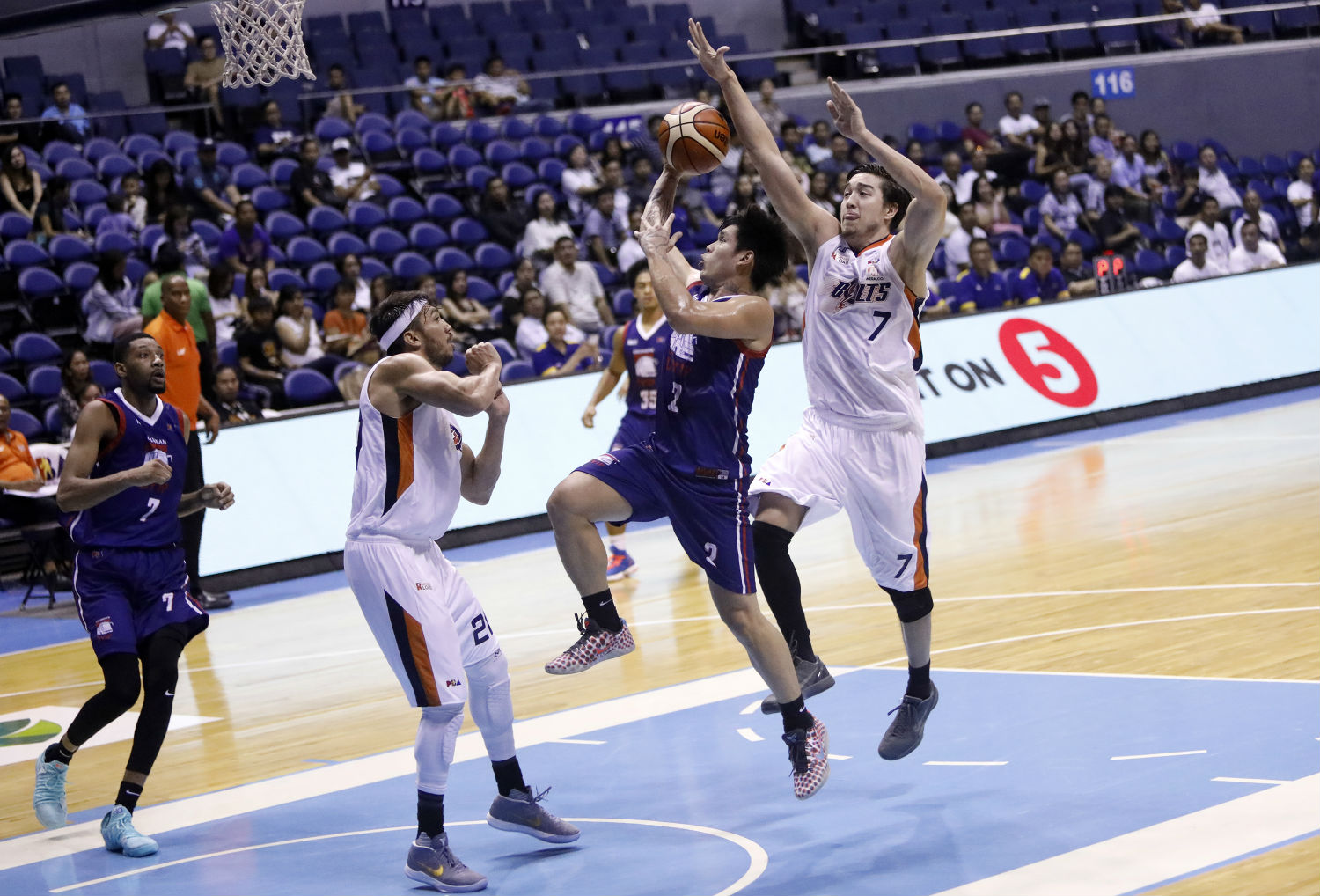 MANILA, Philippines – The Meralco Bolts sent the Columbian Dyip crashing back to earth with a 116-103 win in the 2018 PBA Commissioner’s Cup at the Araneta Coliseum on Wednesday, April 25.

Import Arinze Onuaku flexed his muscles on both ends of the floor with 30 points on an ultra-efficient 14-of-15 shooting to go with 19 rebounds, 6 assists, 4 blocks and 3 steals as the Bolts frustrated the Dyip, who are coming off a rousing 28-point conference-opening win over the Blackwater Elite.

But it was not just Onuaku who shone for Meralco as 4 other players finished in double figures with Chris Newsome churning out 18 points, 7 rebounds, 7 assists and 3 steals.

Columbian was within striking distance early in the payoff period, 83-87, before the Bolts used a 16-7 run, boosted by 3 KG Canaleta triples, for a 13-point advantage.

Cañaleta and Dillinger combined for 23 points and 13 rebounds while Nico Salva added 13 points in the win.

“He’s not only feeling bad but he’s also feeling tired. I was very happy with his performance tonight mainly because he gives us exactly what we need as a team. He takes care of the rebounds for us as well as the low post play,” said Black.

C.J. Aiken had 21 points, 18 rebounds and 4 blocks but they were not enough to keep the Dyip, who dropped to 1-1, on the winning track.

Carlo Lastimosa and Rashawn McCarthy chipped in 16 points apiece while Eric Camson added 15 in the loss.