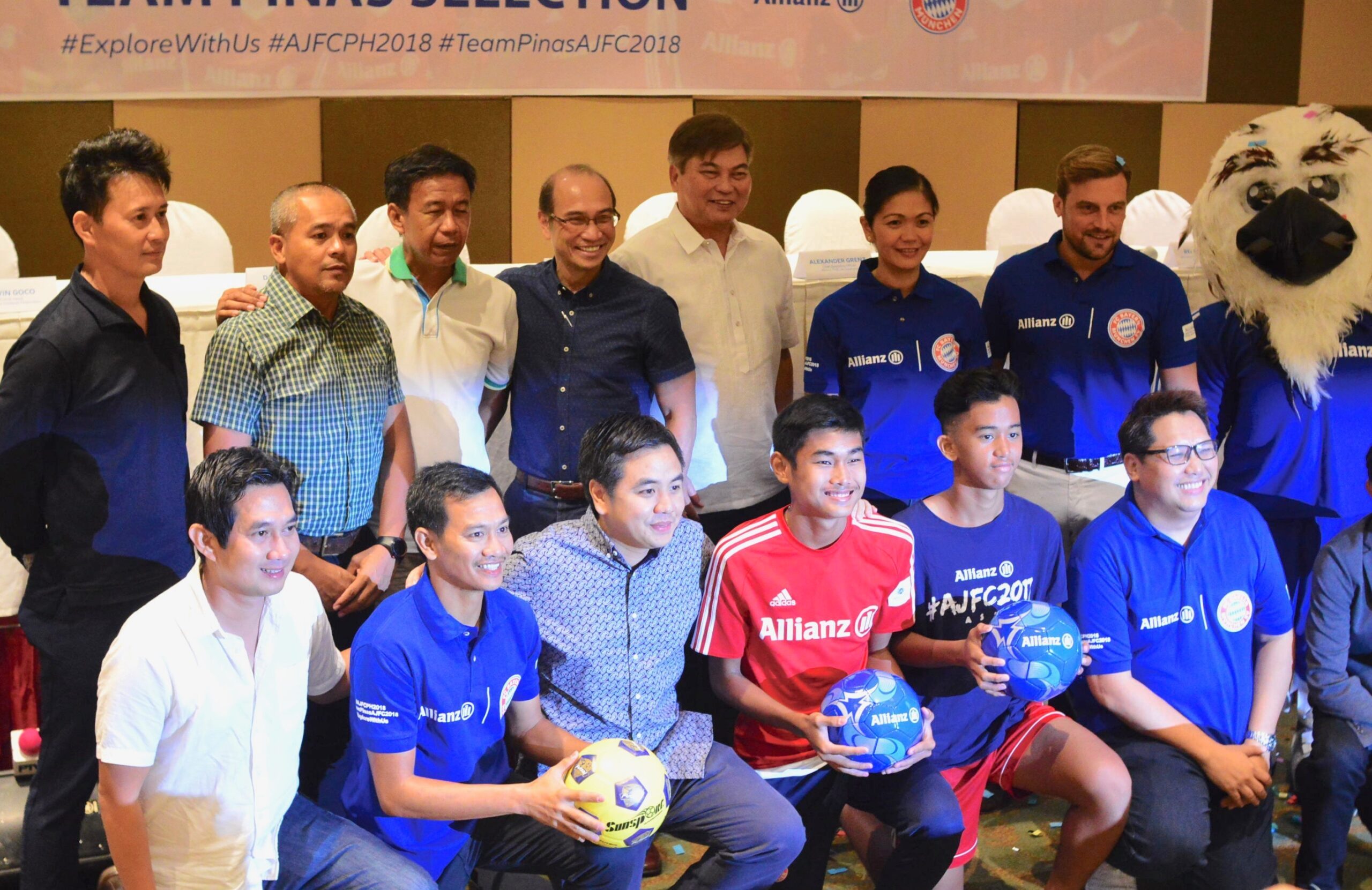 MANILA, Philippines – In a few days, dozens of young Filipino footballers will face off in dusty futsal courts all over the nation. And after the combat is done, two will have the honor of training with storied German club Bayern Munich.

That is the promise of the second Allianz National Youth Futsal Invitational (ANYFI), which was launched on Wednesday, April 25, in a press conference at the Century Park Hotel.

The event is sponsored by insurance giant Allianz but will also be in partnership with the Philippine Football Federation and the Henry V. Moran Foundation.

Local eliminations will be held in 9 locations all over the country from April 27 to May 13. The battlegrounds will be Iloilo, Dipolog, Baguio, Metro Manila, Naga, Bacolod, Cebu, Davao, and Cagayan de Oro. Regional qualifiers will follow from May 18 to 27 and then a national finals on June 2 and 3 in Santa Cruz, Laguna.

Eight of the best players in the competition will be selected to join the Allianz Junior Football Camp in Thailand in July, where they switch to the regular form of football, to train and play against other young excellent players from Asia. Of those 8, 3 will travel to Munich in Germany to experience the highest level of training with Bayern Munich’s youth coaches.

Bayern is almost always the champion of the German Bundesliga, its top football league. This year the Bavarians are also in the final four of the UEFA Champions League. Allianz has been a long time partner with the German powerhouse, and Bayern plays in a 75,000 seat arena that bears the name of the insurance company.

During the press conference, promising footballers Jefrey Fresado and JM Mitra shared their experience training abroad thanks to the Allianz Futsal Invitational last year. Fresado went to Bali for the Asian camp while Mitra was one of the footballers sent to Germany.

“We are very pleased to be a part of this worthwhile national initiative,” said Allianz PNB Life COO Alexander Grenz.

“Through the ANYFI, we are giving kids the chance to get the best training possible with Bayern Munich and help them pursue their dreams of becoming professionals and national team mainstays someday.”

Also present at the press conference were PFF President Nonong Araneta, former Azkal and futsal national team member Chieffy Caligdong, and Danny Moran of the Moran Foundation. The Moran Foundation has previously supported other youth futsal events such as the Ambassadors Cup and the Liga Eskwela. Futsal, a 5-a-side variant of football, is played on a smooth surface, usually indoors. Futsal is generally perceived to be a more practical form of the game for the Philippines since it can be played on a much smaller playing area, making it ideal for inner cities. While an official futsal court measures 40m by 20m, youth and recreational matches are often played on a much smaller basketball court, of which there are thousands all over the country.

Originating in South America, futsal is played over 40 minutes and is generally higher-scoring than conventional 11-a-side football. Many of the world’s finest footballers like Ronaldinho and Robinho honed their football skills through futsal.

An interesting sidelight of the media event was the reveal of the official match ball for the tournament, manufactured by Sunsport Onitsuka. The Sunsport ball is made in Cebu and is believed to be the first locally mass-manufactured futsal ball in the market. A futsal ball is smaller than a regular football and also bounces less, since the playing surface is firmer. – Rappler.com