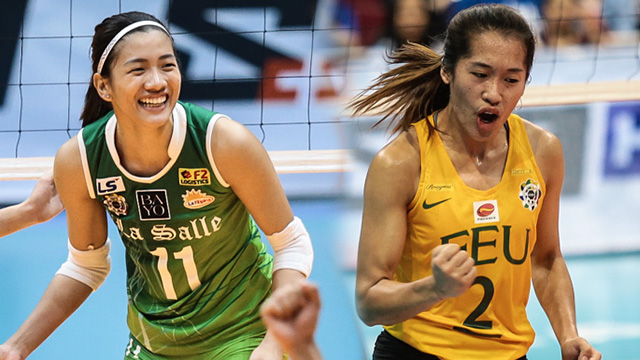 MANILA, Philippines – After making it back to the finals for the first time in 10 years, Far Eastern University (FEU) is now the best challenger for the title held by De La Salle University for two straight years.

In her last UAAP season, FEU captain Bernadeth Pons will finally make her first finals appearance. After seeing her teammates step up and the whole team gel together, Pons is confident that FEU will be ruthless in the best-of-three finals series against the defending champion. 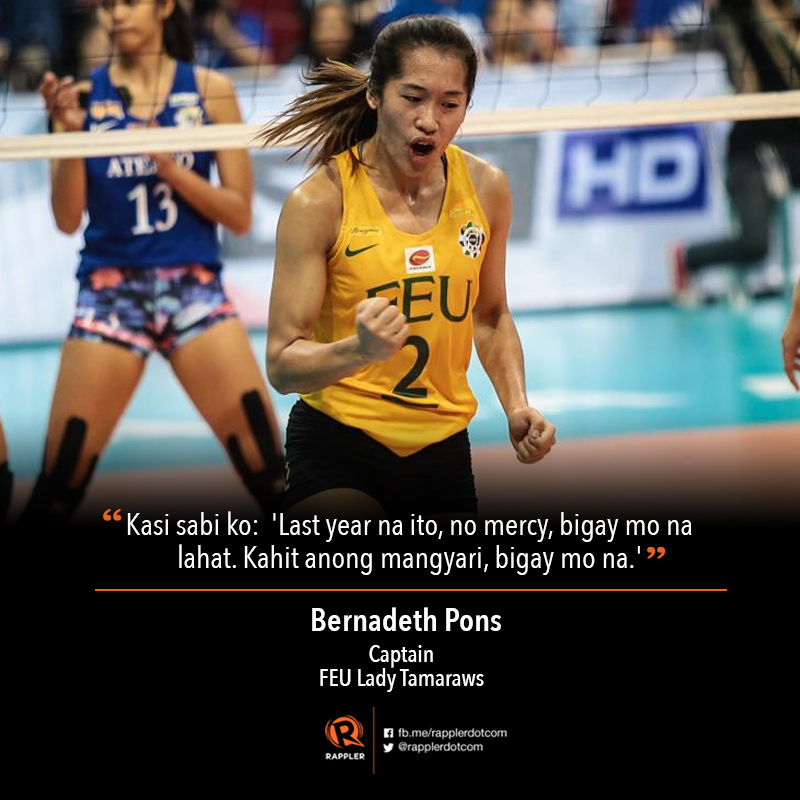 The Lady Tamaraws have been riding high on their momentum, winning their last 5 games and successfully booting out Ateneo in just one game in the semi-finals. Now, they are only two wins away from clinching FEU’s 30th UAAP Women’s Volleyball title.

FEU would have to stop graduating players Kim Dy, Majoy Baron and Dawn Macandili on the court as the defending champions are hungry to bring home another 3-peat.

(This is our chance to bring back the 3-peat and of course, this is our final test after all our sacrifices and hard work.) 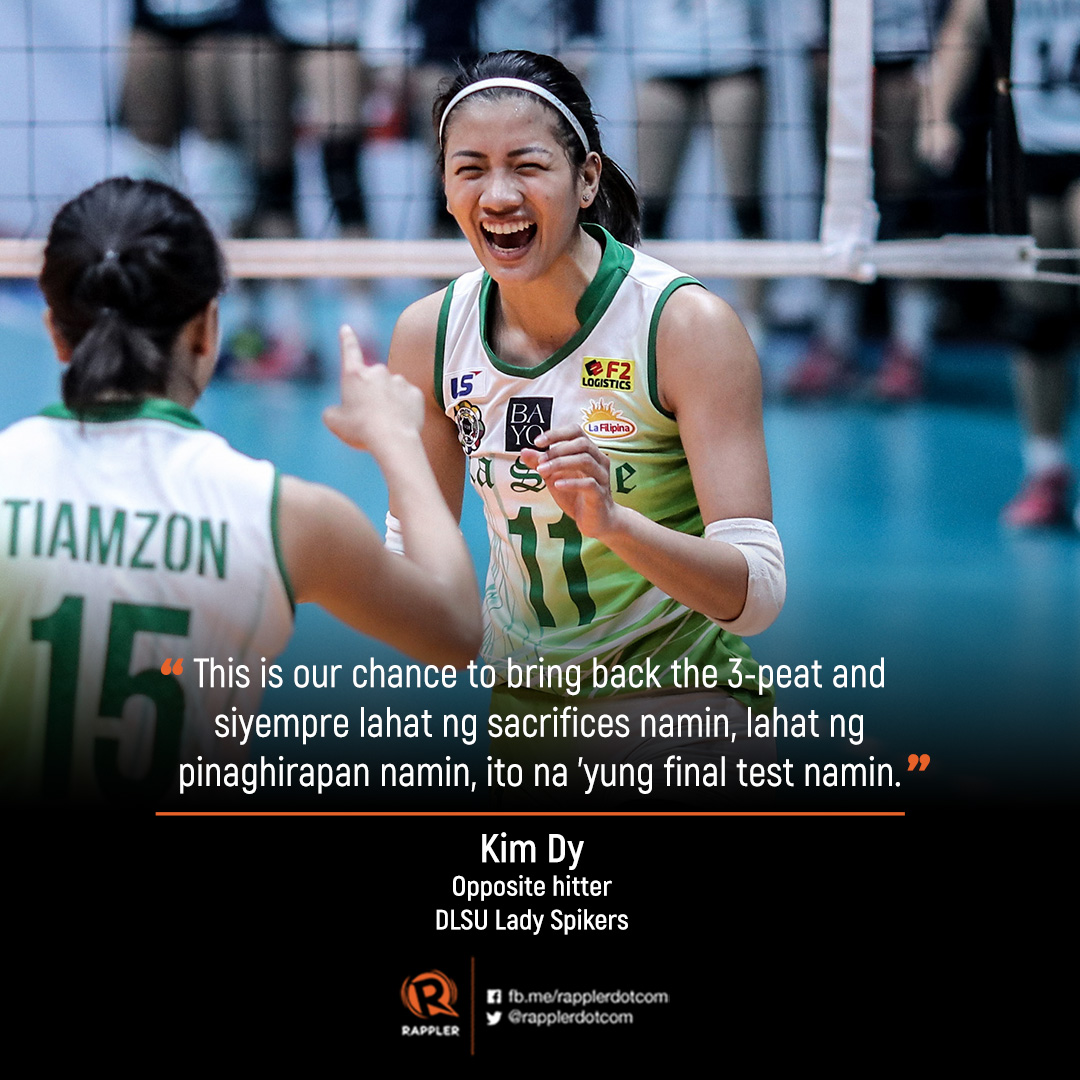 With both FEU and DLSU peaking at the right time, the finals match is expected to be another close fight just like their previous matchups. Both of their elimination round games ended in 5 sets and the Lady Spikers slipped past FEU twice.

De Jesus’ system continues to be a fixture in DLSU that has won a total of 10 titles for the university since he started coaching in 1997. This was further strengthened late in the eliminations as the Lady Spikers cruised through the second round undefeated. 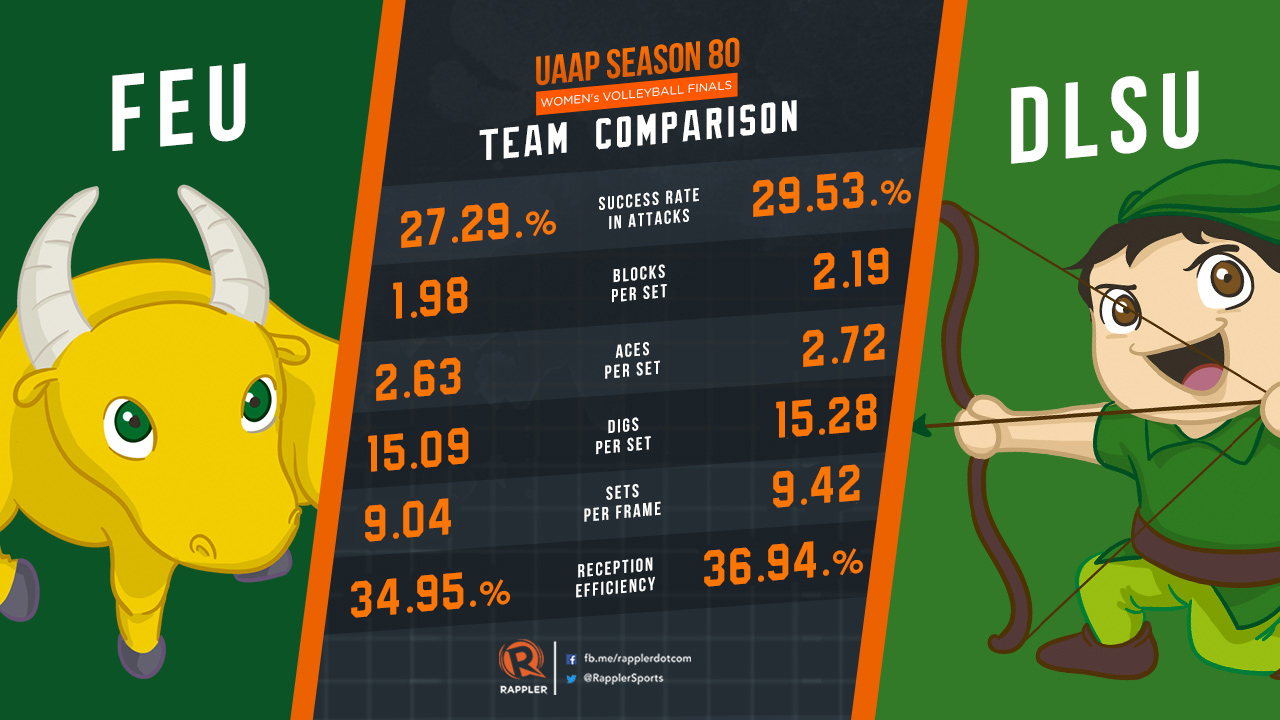 The Lady Tamaraws would have to harness each of their players’ talents to be able to break the fortress built by De Jesus and the Lady Spikers. Bernadeth Pons might become the biggest threat to DLSU’s reign as she tops both teams with her scoring abilities. 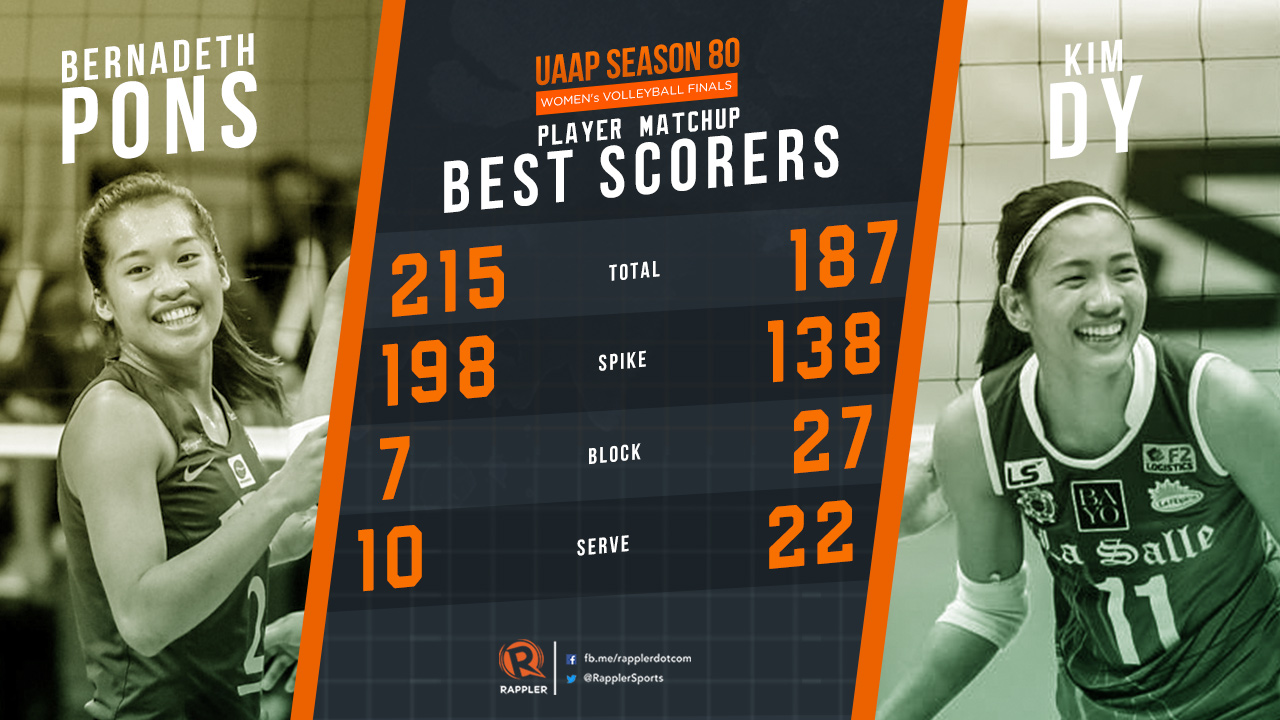 The finals showdown will commence on Saturday, April 28, 4pm, at the Smart Araneta Coliseum. Who will be first to take the 1-0 advantage? – Rappler.com