Apr 27, 2018 4:26 PM PHT
Beatrice Go
Facebook Twitter Copy URL
Copied
The phenom is determined to sharpen his physical and mental skills in a bid to come out stronger next season 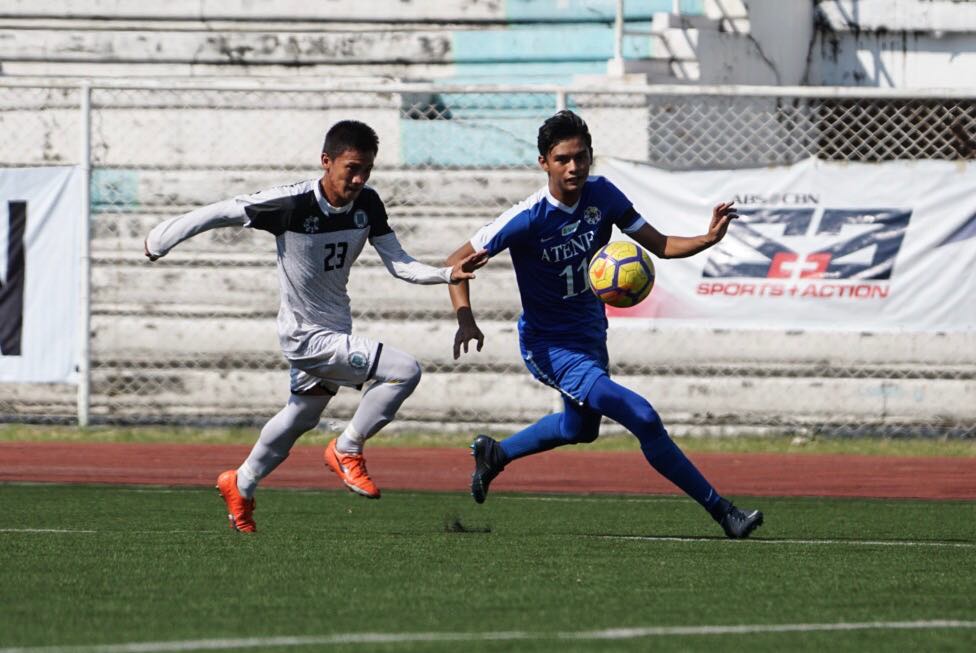 His sensational perfomance had Ateneo sealing a 2nd place finish in the eliminations and looking all poised for another finals apperance in Season 80 of the UAAP Men’s Football.

However, the University of Santo Tomas (UST) Golden Booters exposed the Achilles heel of the defending champions, and slipped away with a 1-0 semis win on Thursday, April 26.

The Blue Eagles dominated the possession of the entire match with Enzo Ceniza sucessfully unclogging the midfield to bring the ball to the attacking 3rd. However, it was UST’s first goal to lock down the explosive midfielder which eventually fended off Gayoso’s touch on the ball.

“Full credit to UST, they defended me well, they saw the movement that I’d make in the game,” said Gayoso.

As the game trudged into extra time, Ateneo looked all the more helpless. It was in the 105th minute when Conrado Dimacali took advantage of the scramble in the 6-yard box and converted the crucial header that turned out to be the match decider.

The caged Gayoso had to rely on his teammates Jimi Haosen and Koko Gaudiel to find an equalizer as they had chances for a last gasp that would bring the game into penalties.

However, Ateneo’s premature exit gave the 3rd-year player a lot of takeways from the season. Gayoso is determined to sharpen his physical and mental skills in order to come out stronger in Season 81.

“First of all, it’s my right foot that I want to improve on. I know everybody expects me to be lethal on my left foot so my right foot has to be at least more threatening to them,” said Gayoso.

“My composure in the game, and of course I need to get bigger. I needed to filter all those aggressions and those emotions and to just think about the game and stay focused on the game.” – Rappler.com