‘Trust me, it’s not over yet,’ Balkman says as Alab targets bounce-back win 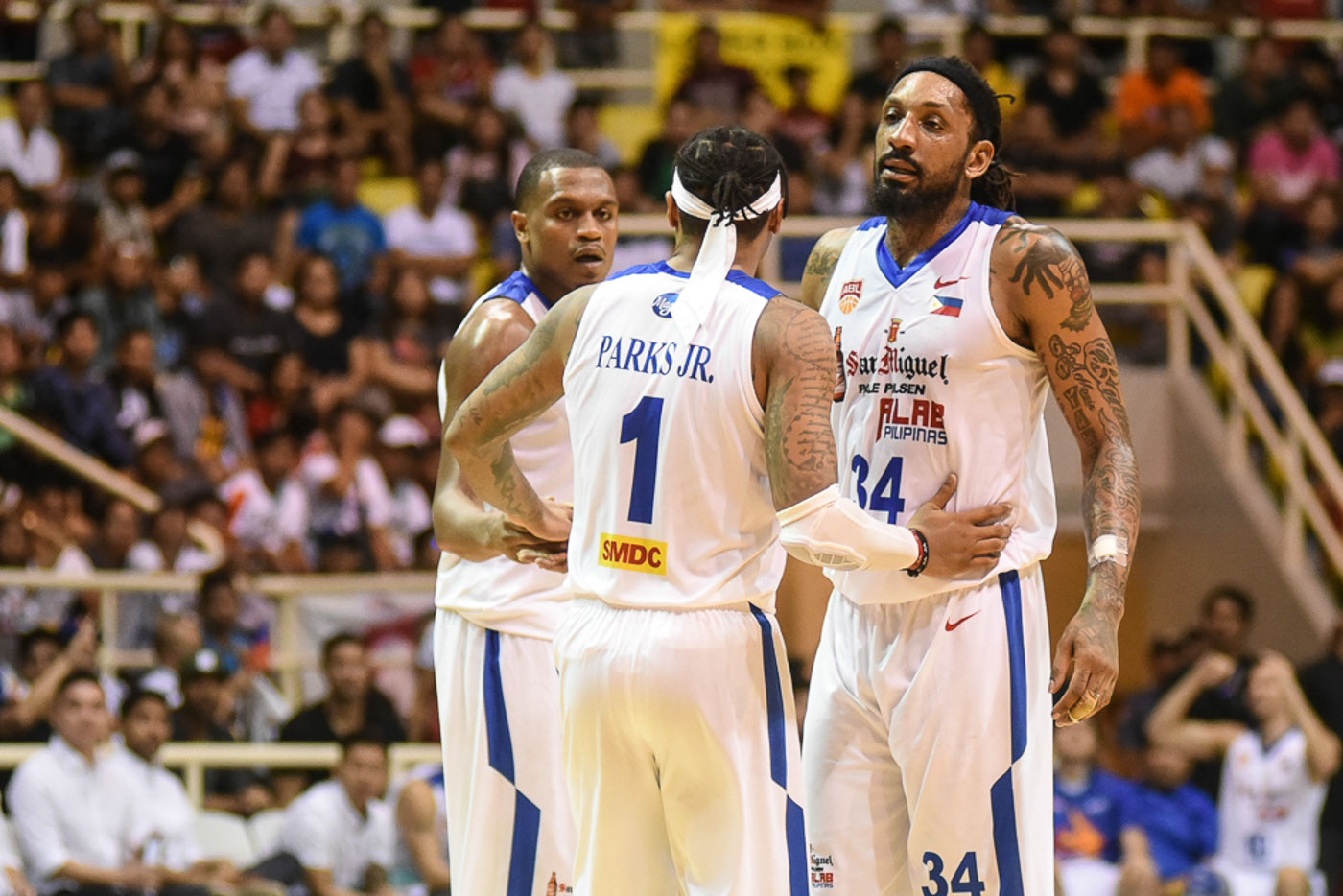 MANILA, Philippines –The sea of joyous cheers in Santa Rosa, Laguna quickly turned into a single, crushing wave of groans.

Filipino hearts got crushed as they watched time expire in Game 2 of the Asean Basketball League (ABL) Finals with Thailand’s Mono Vampire completing their victory heist over the San Miguel Alab Pilipinas, 103-100.

Justin Brownlee, the fan-favorite World Import, failed to replicate his heroic Game 1 triple that helped force overtime, where Alab ultimately escaped to a 143-130 win. He had two tries from the same spot, but a second straight win in the clutch was just not meant to be.

But perhaps no heart was more crushed than Alab’s newly-minted co-Defensive Player of the Year, Renaldo Balkman, who registered team-highs of 37 points and 12 rebounds in the loss.

When asked post-game on Alab heading into two straight road games, the former NBA player just bowed his head in silence and took a few seconds before answering.

A dejected coach Jimmy Alapag was also understandably more reserved with his answers in the presser, but took the time to praise Mono for their sharp performance on the road.

“I told our guys, ‘We got a dogfight on our hands,’” said the PBA legend. “So all of our focus now is just trying to be better as we prepare for Game 3 on Saturday.”

Game 2 marks Alapag’s first post-season loss as a rookie ABL tactician. Prior to the contest, he held a spotless 5-0 record in the playoffs, which included impressive sweeps of Saigon Heat and former defending champion Hong Kong Eastern Long Lions.

Balkman, Alapag and the rest of the Alab squad now face an uphill climb, as they must either sweep their two-game road trip to clinch the title or win at least one in Thailand to force Game 5 back in Santa Rosa.