Ateneo squeaks past San Beda in FilOil battle of champions 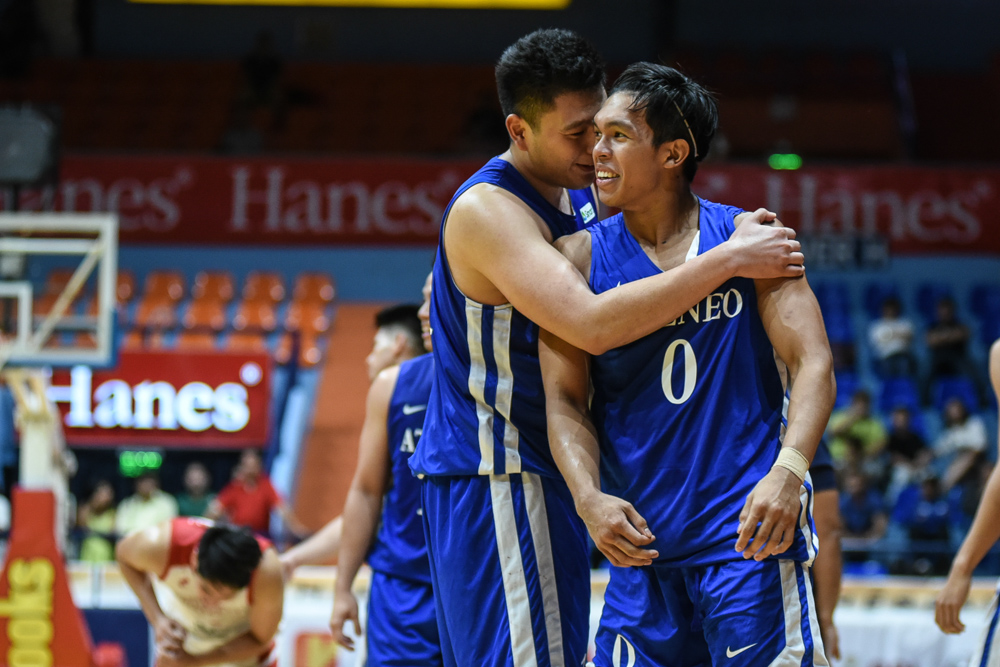 The highly-defensive contest looked headed to the Eagles’ favor after big man Angelo Kouame was left wide open for the easy lay-in, 67-62, with 45 seconds left.

But San Beda, the reigning NCAA champion, refused to give up despite trailing  64-69 in the closing seconds as AC Soberano unleashed a pull-up triple to push the Lions within two, 67-69, with 10.2 seconds left.

It seemed like Soberano would complete his heroics after later fetching a foul, but he bricked the second of his two penalty free-throws.

San Beda would get the offensive board, but James Canlas’ putback clanked off as time expired.

Other than the tension-filled final minute, the game was as slow and methodical as it could get, with the Eagles only holding a one-point lead and scoring just 29 points by halftime, 29-28.

Isaac Go then took over in the third and went head-to-head with Red Lions big man Donald Tankoua with crafty post shots and passes from the perimeter.

Go finished with a team-high 14 points in the contest to go along with 5 rebounds and 2 assists in just 20 minutes of play.

Meanwhile, San Beda’s Javee Mocon ended up with a game-high 17 points, 6 boards, 2 assists and 3 steals in the losing effort.

Ateneo improved to 2-0 in the Group A standings while San Beda fell to 1-1.