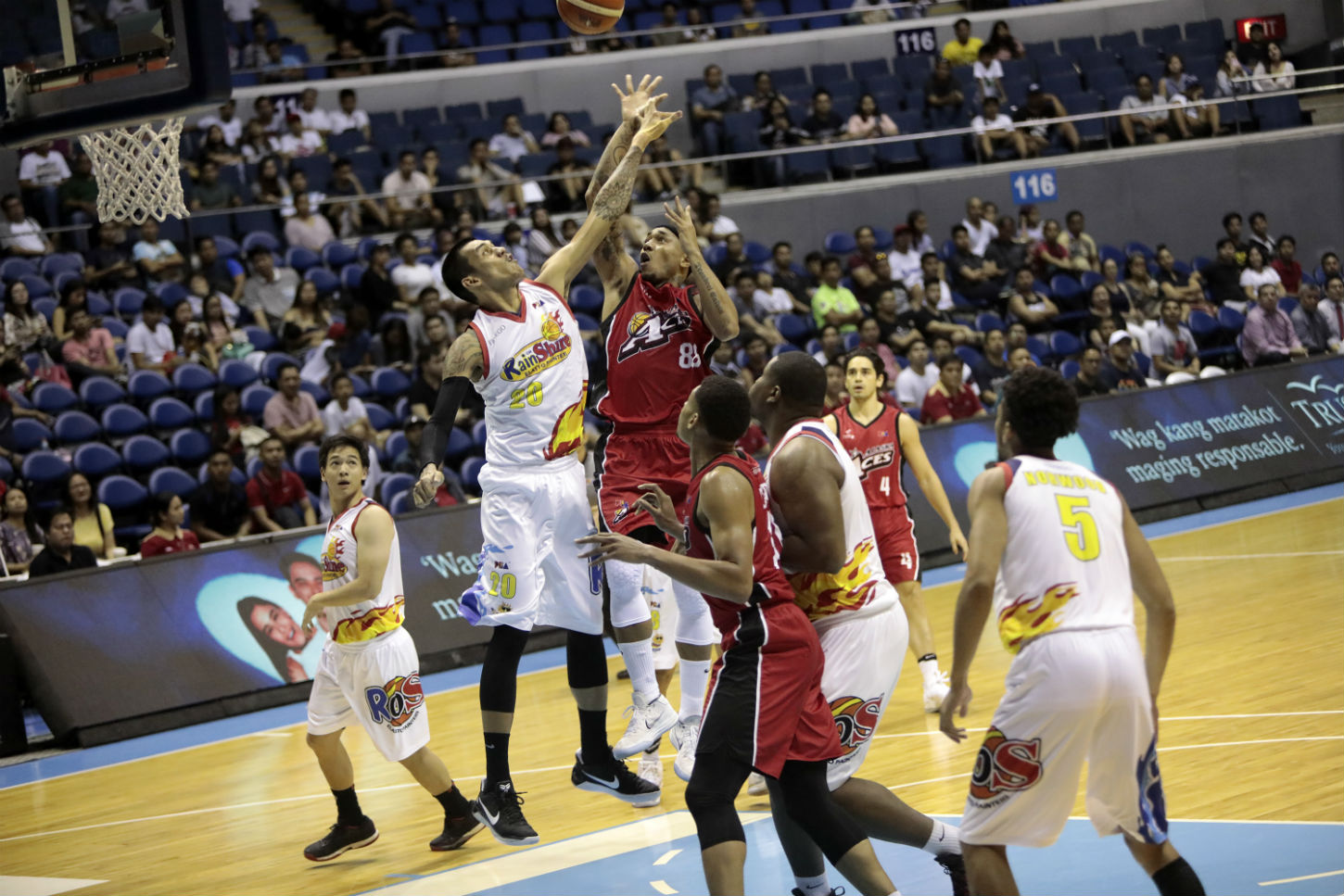 MANILA, Philippines – The Rain or Shine Elasto Painters proved steadier in the extra period as they staved off the pesky Alaska Aces in a pulsating 109-103 overtime win in the 2018 PBA Commissioner’s Cup at the Araneta Coliseum on Friday, April 27.

Reggie Johnson frolicked in the paint with 32 points, 22 rebounds and 4 assists to power Rain or Shine, which needed another 5 minutes to dispatch Alaska after a Chris Banchero triple at the buzzer sent the game into overtime.

Rain or Shine had its grasp on the triumph in regulation after a breakaway Maverick Ahanmisi layup with 5 seconds remaining put the Elasto Painters up by 3, 94-91, before Banchero raced the whole length of the floor to bury trey, his only points in the game.

The E-Painters immediately took a 6-point lead in overtime, 100-94, but the Aces fought their way back anew, making it a two-point game with 20 seconds left in the clock off an Antonio Campbell 3-pointer, 103-105.

Back-to-back Ahanmisi misses at the free throw line kept the Aces’ chances alive. However, the Filipino-American made up for his blunder by stealing the ball in the next possession and sinking a layup for a 107-103 Rain or Shine lead with 3 seconds remaining.

Campbell put too much force on his inbound pass as Johnson secured the victory for the E-Painters with his insurance freebies.

“It’s a good start for us in this conference. But we have to fix our lapses. Daming mali, daming errors, turnovers (There were too many mistakes, errors and turnovers),” said head coach Caloy Garcia of Rain or Shine, which had 27 turnovers to Alaska’s 20.

Campbell had a monster PBA debut with 40 points, 20 rebounds and 5 assists but that went down the drain for Alaska, which lost its first game of the conference.

Calvin Abueva had 19 points, 9 rebounds and 4 steals in the loss.