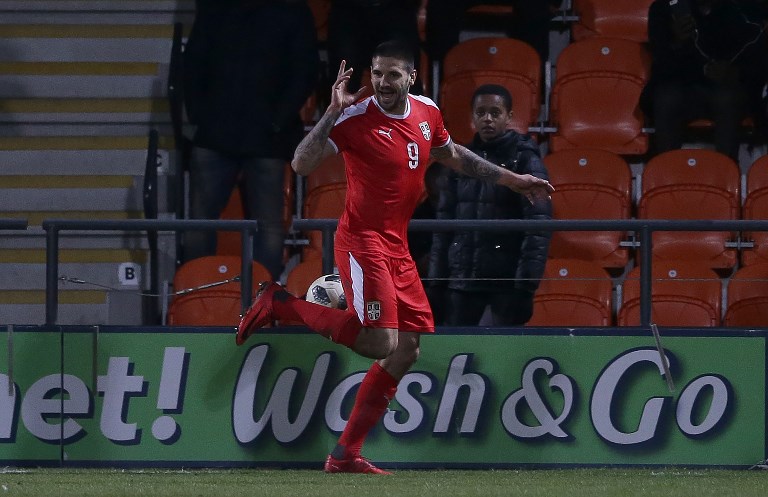 LONDON, United Kingdom – Aleksandar Mitrovic crowned Fulham’s come-from-behind win with the decisive goal in a 2-1 victory at home to Sunderland on Friday, April 27, that saw the Cottagers stay in the hunt for automatic promotion to the Premier League.

Victory meant London side Fulham leapfrogged Cardiff into second place, although the Welsh club will regain that position if it wins away to Hull on Saturday

Only the top two teams at the end of the regular season in the Championship are guaranteed promotion to English football’s lucrative top flight, with champions Wolves having already secured one of those coveted spots.

The four teams finishing in third to sixth places will battle it out for the one remaining promotion place via a series of play-off games.

Sunderland, already relegated, upset the form book by going ahead in the 28th minute through Joel Asoro.

But Fulham – whose US-based owner Shahid Khan’s bid to buy Wembley was revealed this week – were level when Lucas Piazon equalized just before the break.

Mitrovic secured victory with a 76th-minute header, his 12th goal since arriving on loan from Newcastle in January.

“Of course I was confident, but if the team play good, I play good as well,” Mitrovic told Sky Sports.

“We didn’t play the best as we have for most of the season, but in the end we got three points.

“It was a really hard and tough game but we have to be happy with this win tonight.

“We have one game left and we have to make that final push and see what is going to happen. We came a really long way. If someone asked us before Christmas to take second place in the last game, and be in this position, the gaffer (manager) would 100 percent have taken it.”

Slavisa Jokanovic, the Fulham manager, added: “Today it was complicated for us and I am happy to take the pressure off our back. It’s part of the competition.

“Aleksandar’s contribution is crucial. He’s scored many winning goals and today it was an important goal for us.

“(Cardiff playing Hull) is not under my control, I expect taking this pressure off our back will make us better in the next game.”

Defeat meant northeast club Sunderland become the first side since the Wolves in 1983/84 and 1984/85 to finish bottom of the top two tiers of English football in successive seasons, and just the third club to have done so, after Fulham in 1967/68 and 1968/69. – Rappler.com