Pacers drag LeBron and the Cavaliers to a deciding Game 7 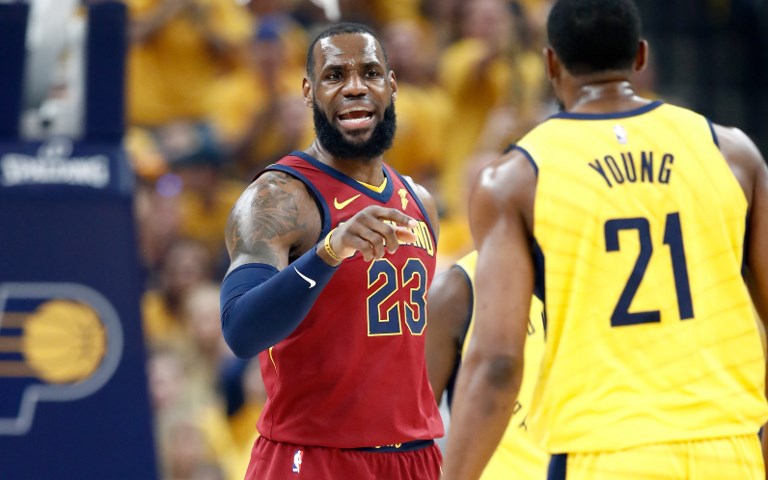 Oladipo finished with 28 points, 13 rebounds and 10 assists for his first playoff triple double as the Pacers leveled the series at 3-3 in front of a crowd of 17,900 in Indianapolis.

They will get a chance to advance to the next round with a win in Sunday’s winner-take-all showdown in Cleveland.

“It was a big win for us. Now we’ve got to go get Sunday,” Oladipo said. “We got to leave it all out there – win or go home. Speaks for itself.”

The Pacers, who were on the wrong end of a missed goaltending call in Game 5, lowered the boom in this one.

Thaddeus Young floored LeBron James with an elbow, opening a cut above the future hall of famer’s left eye. Cleveland’s Kevin Love left the contest in the third quarter after colliding with Myles Turner.

Late in game five Oladipo missed on a drive in the final seconds with the score tied 95-95. It wasn’t until the next day that the league admitted that it should have been called goaltending because the ball made contact with the backboard before James blocked it. James then drilled a game winning three-pointer at the buzzer.

On Friday, James led the three-time defending Eastern Conference champs with 22 points and seven assists. With the game out of hand, he sat out all of the fourth quarter.

No other Cavs player scored more than 13 points while the Pacers’ balanced attack saw seven players score in double figures.

But history is on James’ side as he is 12-0 all-time in first-round series. – Rappler.com