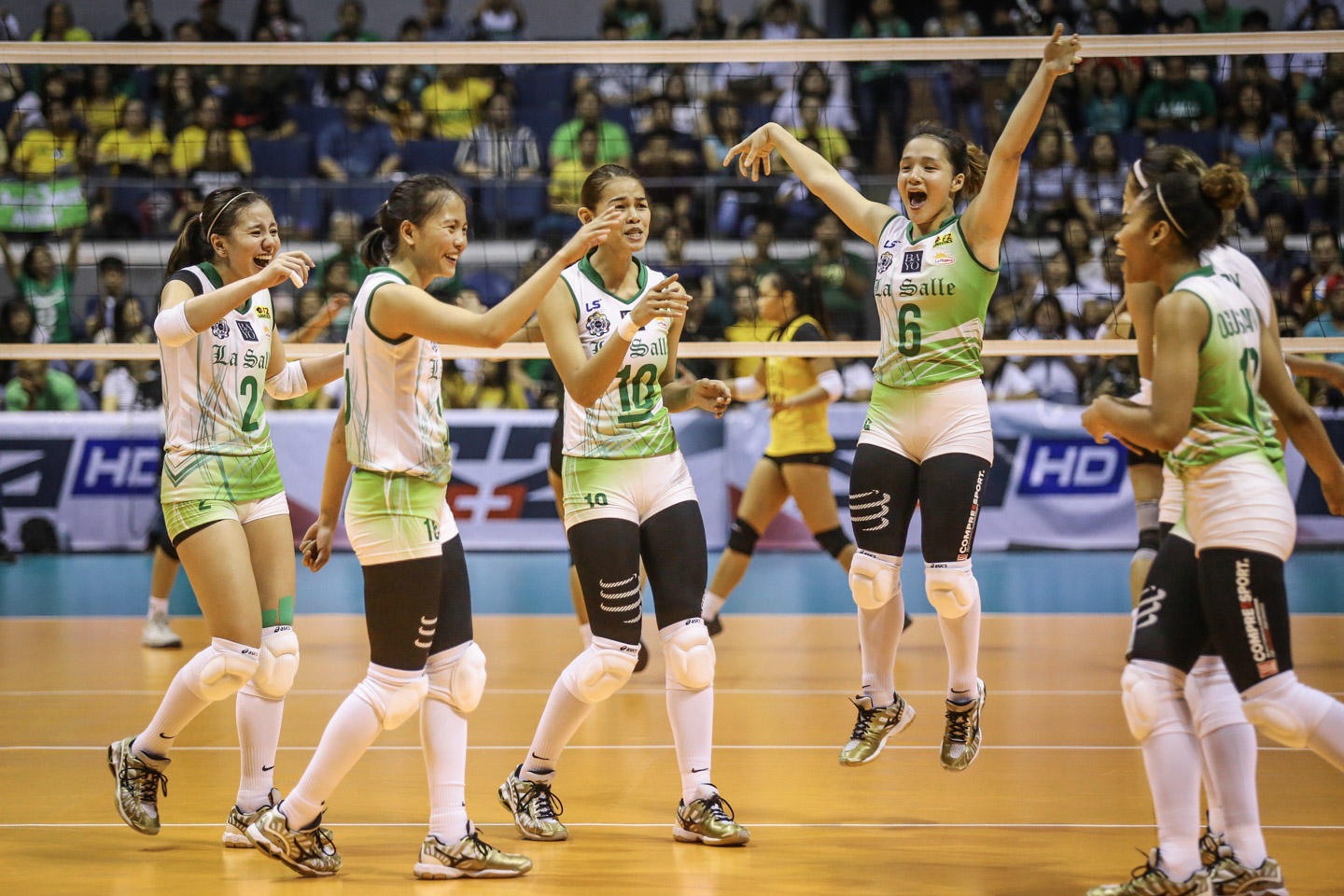 Now riding on a 10-game winning streak, the Lady Spikers look to wrap up the best-of-three series and claim their 3rd straight crown – and 11th overall – in Game 2 on Wednesday, May 2.

May Luna’s back-to-back aces turned the tables in the 3rd set as La Salle grabbed the lead against a resilient FEU side, 16-15. DLSU raced to match point with Arriane Layug scoring off the block.

Heather Guino-o tried to keep FEU’s hopes alive with a block, but it was her service error that gifted DLSU the win.

The Lady Spikers showcased a balanced offense with Kim Dy finishing as the lone double-digit scorer with 10 points. Substitute May Luna also made a quick impact with 9 points after starting in the 3rd set.

Guino-o was the go-to girl for FEU in Game 1, leading the Lady Tamaraws with 14 points. Bernadeth Pons was limited to only 9 points – only her second single-digit output since FEU’s second-round elimination game against Ateneo.

Despite committing 17 errors in the first set, FEU was able to extend the set with Chinchin Basas’ attack. Tin Tiamzon made a crosscourt hit that gave DLSU its 3rd set point and Basas gave the Lady Spikers the first set with an attack error.

FEU took an early lead to the second set until Aduke Ogunsanya tied the score 8-all. After Czarina Carandang lifted FEU with 4 straight points to pull away, the Lady Spikers exploded with 5 straight points to take the lead, 14-11.