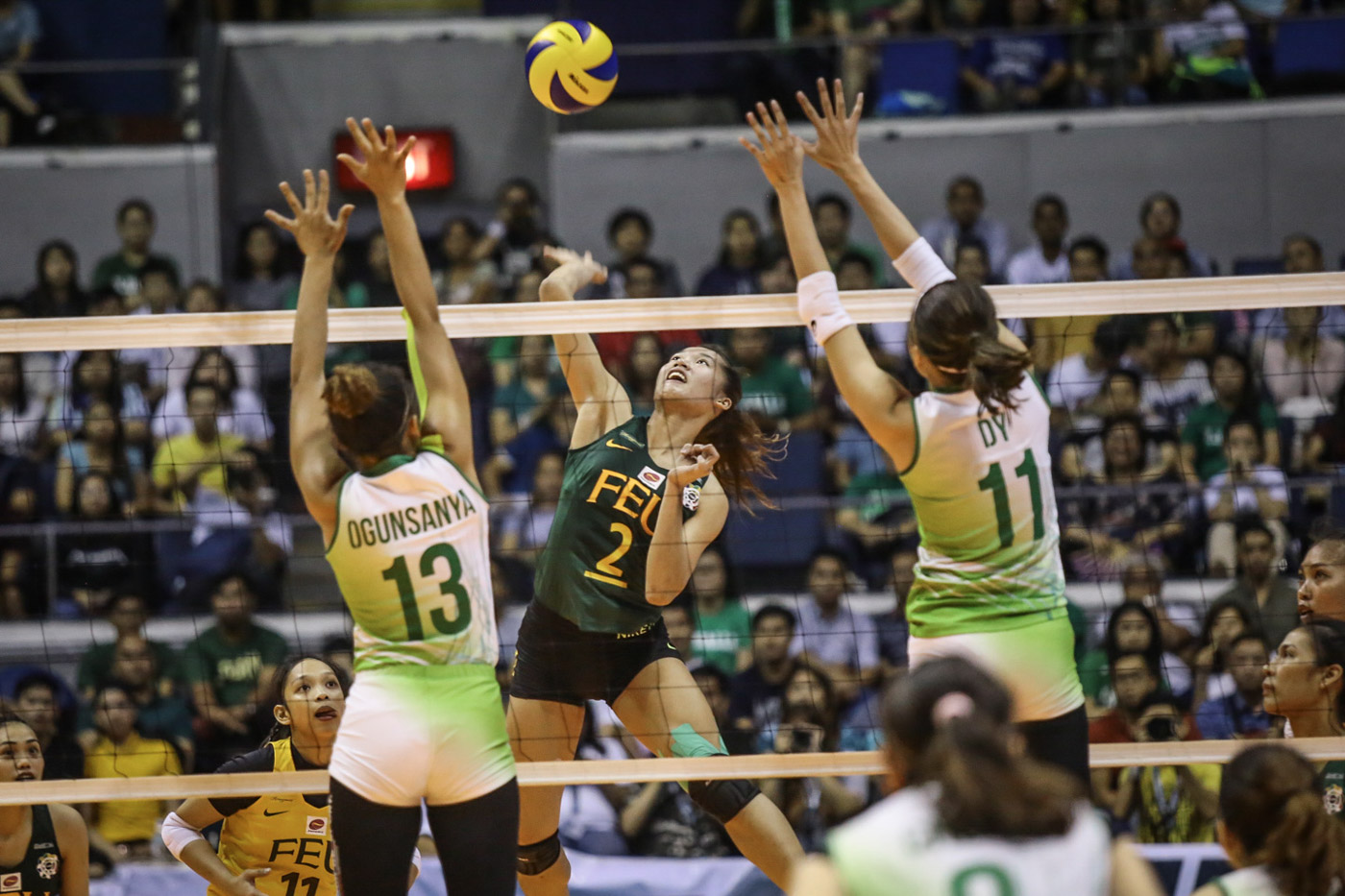 The pressure overwhelmed the Lady Tamaraws, who had a shaky start to their match as they fumbled with 17 errors in the first set, which turned out to be half of their total errors.

FEU head coach George Pascua admitted that their errors – especially the ones from the service line – worried him more that the defending champions.

(I am not threatened by the oppenent. I’m more threatened if the errors are too many especially the services because those are individual errors.)

When Chinchin Basas tied the score at 24-all and extended the first set, Kyle Negrito fired an ace that gave FEU its first set point. However, her service error brought it back to stalemate.

Bernadeth Pons had FEU at set point for the second time, but Nette Villareal commited the same error as Negrito from the service line.

By then, the Lady Spikers banked on the momentum to take the first set, thanks to Basas’ attack error.

Pascua believed that the scenario was also caused by the Lady Tamaraws’ lack of experience since no one in the team has made it to the finals.

(If the players are making service errors during crucial points, it means that they are not confident because of the lack of experience in those scenarios.)

FEU captain Pons also agreed with Pascua that the Lady Tamaraws failed to capitalize on the close game with DLSU because of their errors.

(During training, coach said that the loser of the battle will be the one who makes more errors and that’s what happened.)

But the Lady Tamaraws intend to quickly rebound from the loss and spoil the Lady Spikers’ planned celebration.

FEU looks to even the best-of-three finals series on Wednesday, May 2, at the Smart Araneta Coliseum. – Rappler.com