Curry out for Warriors’ series opener against Pelicans 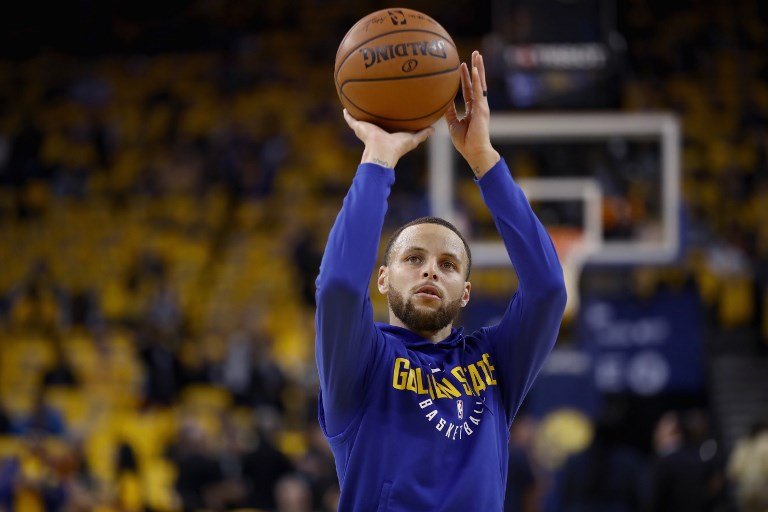 “Steph will not play tonight,” Kerr said shortly before the game in Oakland.

“We just made that decision based on giving him the extra few days, and the fact that he only scrimmaged yesterday. When you’ve been out five weeks, in order to play in the playoffs, I don’t think one scrimmage is enough.

“He feels great and he wants to play, he pleaded his case, but we’re going to sit him tonight.”

Curry, a two-time NBA Most Valuable Player, sprained a ligament in his right knee on March 23.

The reigning NBA champion Warriors did just fine without him in a 4-1 first-round series win over the San Antonio Spurs, but Curry’s ramped up training and positive comments from Kerr had raised the prospect he could be back for game one against the Pelicans.

Although that didn’t pan out, Kerr said it wouldn’t be long before Curry is back – even if he plays restricted minutes to begin with.