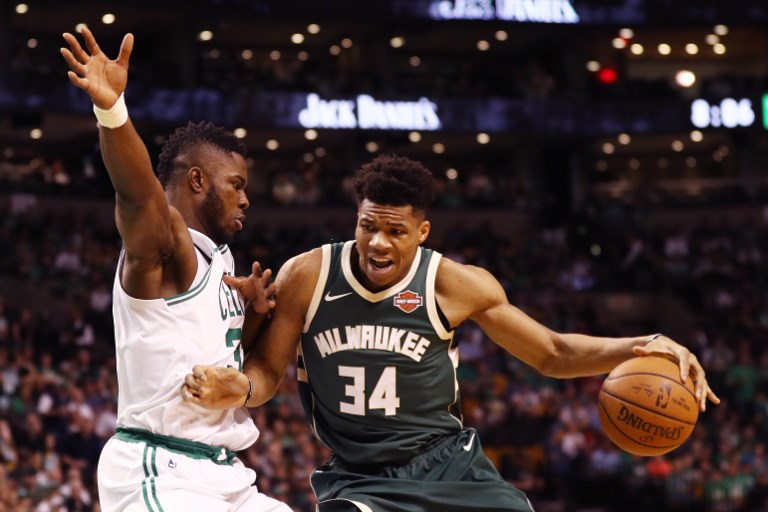 BOSTON, United States (3RD UPDATE) – Terry Rozier and Al Horford scored 26 points each as the Boston Celtics routed the Milwaukee Bucks ,112-96, in Game 7 to book their spot in the second round of the NBA playoffs.

The Celtics’ victory in Saturday’s deciding game was their 4th win at the Boston Garden as the home teams won all 7 games in the Eastern Conference first-round series.

“We got it done that is the most important thing,” said Rozier. “Before this series everybody doubted us. But we believed in each other and it worked out for us.”

The storied Celtics franchise is now 36-0 lifetime when leading a playoff series 2-0 and they will try to make it 37 straight when they face the Philadelphia 76ers in the next round. Game 1 is Monday in Boston.

“We got to pay attention to details and take away what they want to do,” Rozier said of the next round.

The loss means the elimination of Giannis Antetokounmpo from the playoffs. Antetokounmpo, whose blend of size and athleticism has earned him the nickname the “Greek Freak,” finished with 22 points and nine rebounds.

Khris Middleton scored 32 and Eric Bledsoe chipped 23 in the loss.

Boston led 50-42 at the half despite going one-for-12 from beyond the arc.

Horford had 14 points and seven rebounds at halftime while Bledsoe paced the Milwaukee attack with 12 points.

The Bucks narrowed the Boston lead to three points early in the third but Boston scored 11 of the last 15 points in the quarter to seize command. – Rappler.com