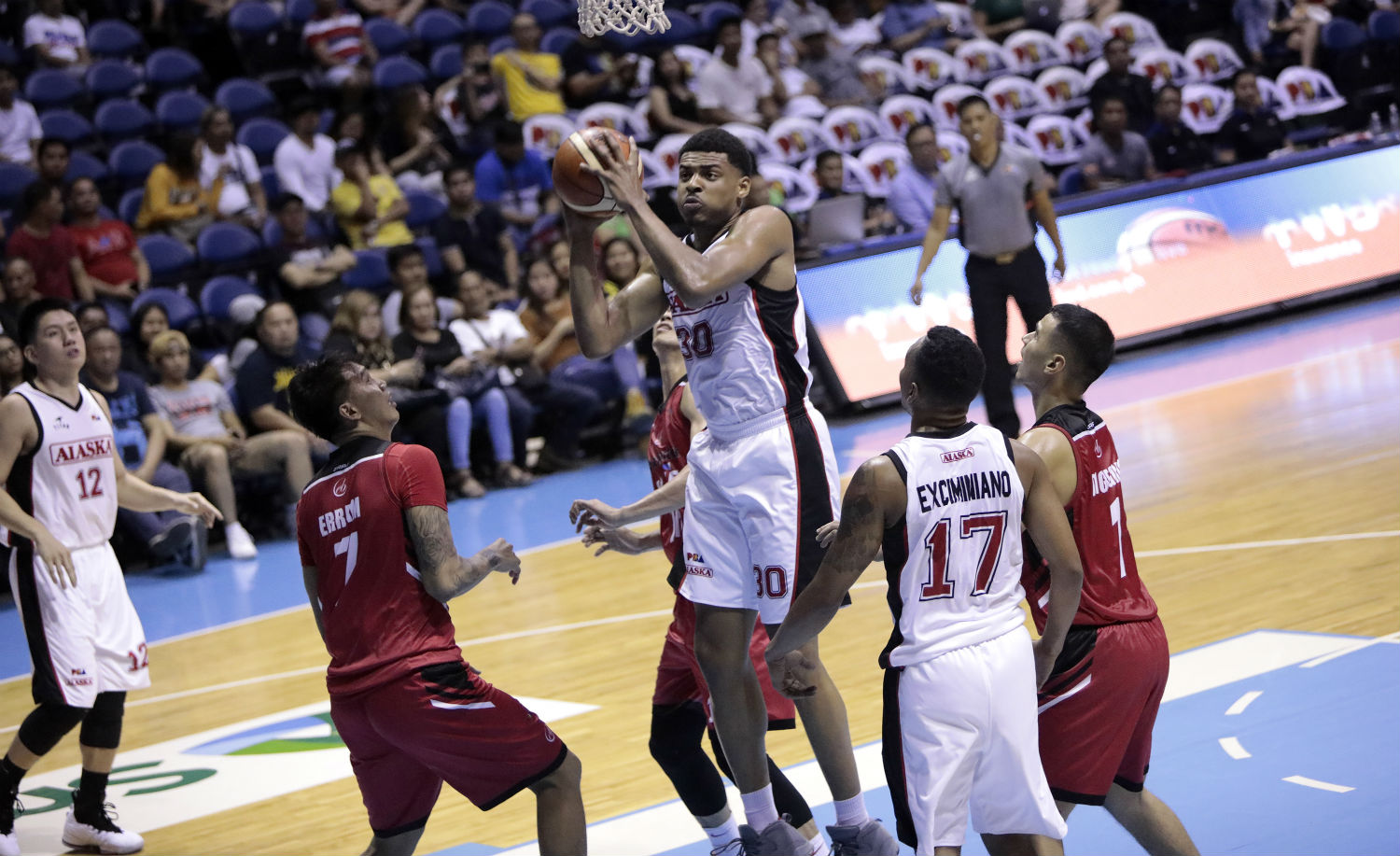 MANILA, Philippines – Antonio Campbell didn’t need to duplicate his Herculean PBA debut to lead Alaska to victory as the Aces annihilated the Blackwater Elite, 93-74, in the 2018 Commissioner’s Cup at the Araneta Coliseum on Sunday, April 29.

Campbell, who saw his 40-point, 20-rebound PBA debut go for naught in a 103-109 overtime loss to the Rain or Shine Elasto Painters, finished with 23 points and 19 rebounds as the Aces notched their first win in the conference.

Although Alaska went on to win in dominant fashion, it almost blew what was once a 30-point lead after the Elite narrowed the gap to just a single digit.

The Aces enjoyed a 49-19 cushion in the first half before Blackwater went on a 40-17 salvo, capped by a Dave Marcelo triple, to trim its deficit to just 7 points in early in the 4th period, 59-66.

However, Vic Manuel, who finished with 27 points for the Aces, would not let Alaska’s meltdown continue as he scored 15 points in a game-clinching 25-10 run.

Despite missing all of his 10 shots, Calvin Abueva made his presence felt for the Aces with 10 rebounds, 6 assists, two steals and two blocks.

“It would be better if it was 2-0. But we shot so poorly against Rain or Shine, and they made the big plays down the stretch. The 0-1 already happened, so wala na kaming magagawa diyan,” said Alaska head coach Alex Compton.

Jarrid Famous had 27 points, 21 rebounds and 3 blocks but he lacked support from his teammates as Blackwater remained winless in 3 games.

Poy Erram turned out to be the only other Elite player in double figures with 11 points.