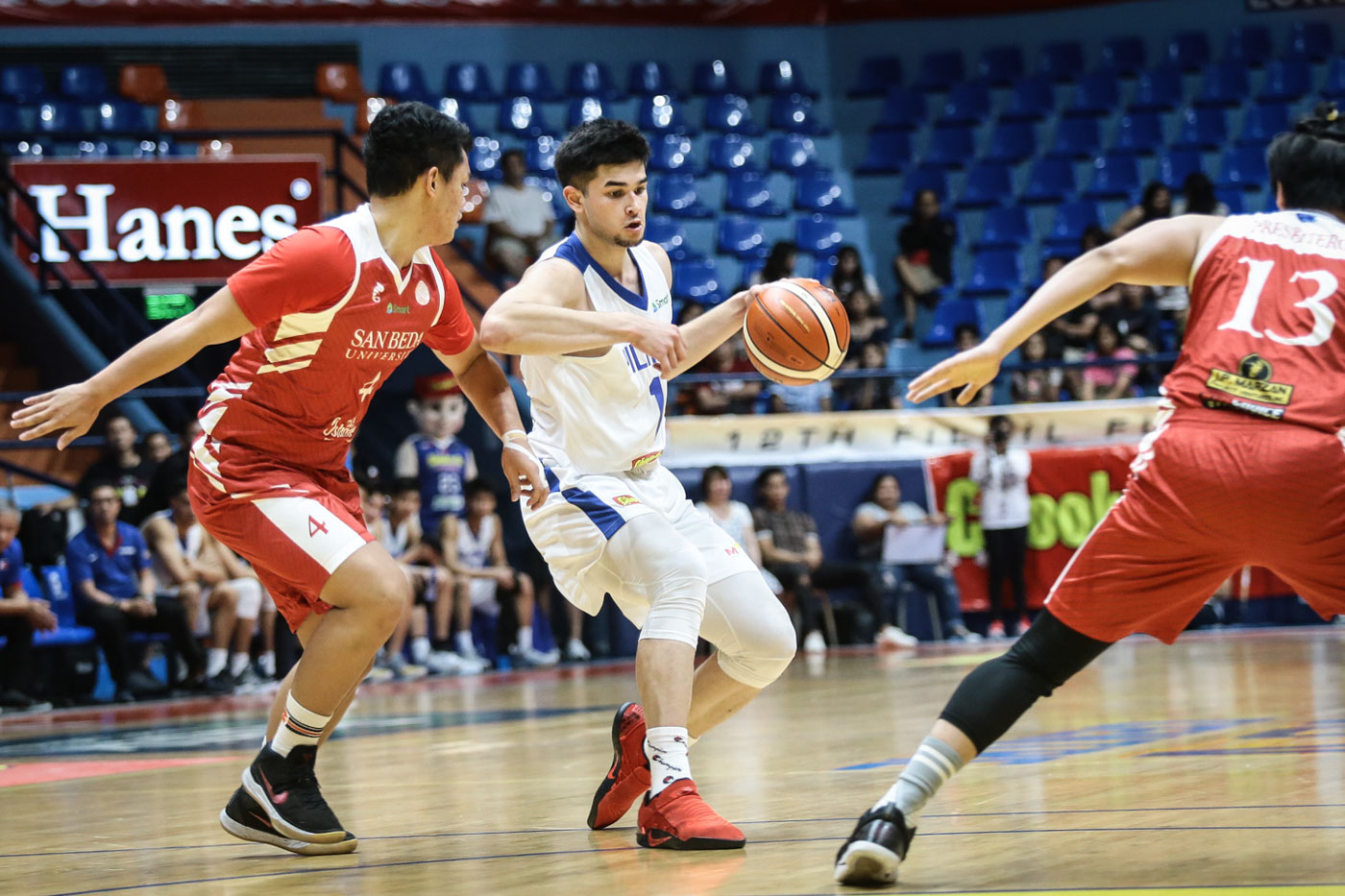 Nothing went right for the Cadets all game long, as they went down by as many as 31 points, 47-78, early in the fourth quarter. To top it all off, they also lost their high-flying prospect Kobe Paras to an apparent back injury after being undercut in an offensive board attempt just two possessions later.

Gilas did muster an 11-0 run off the steals and scores of Ricci Rivero, but it was too little too late, as they only managed to cut their deficit to 20, 58-78.

The Red Lions started to frustrate the Cadets early in the second quarter, after a Ranbill Tongco layup pushed their lead to double digits for the first time, 31-21. Then Gilas coach Josh Reyes was hit with a technical foul a few possessions later after a potential and-one by Rivero was called a no-basket.

The Cadets ate up another tech midway through the third period as Paras threw the ball at a San Beda player after Kemark Carino hit a triple that extended the Red Lions’ advantage to 22, 57-35.