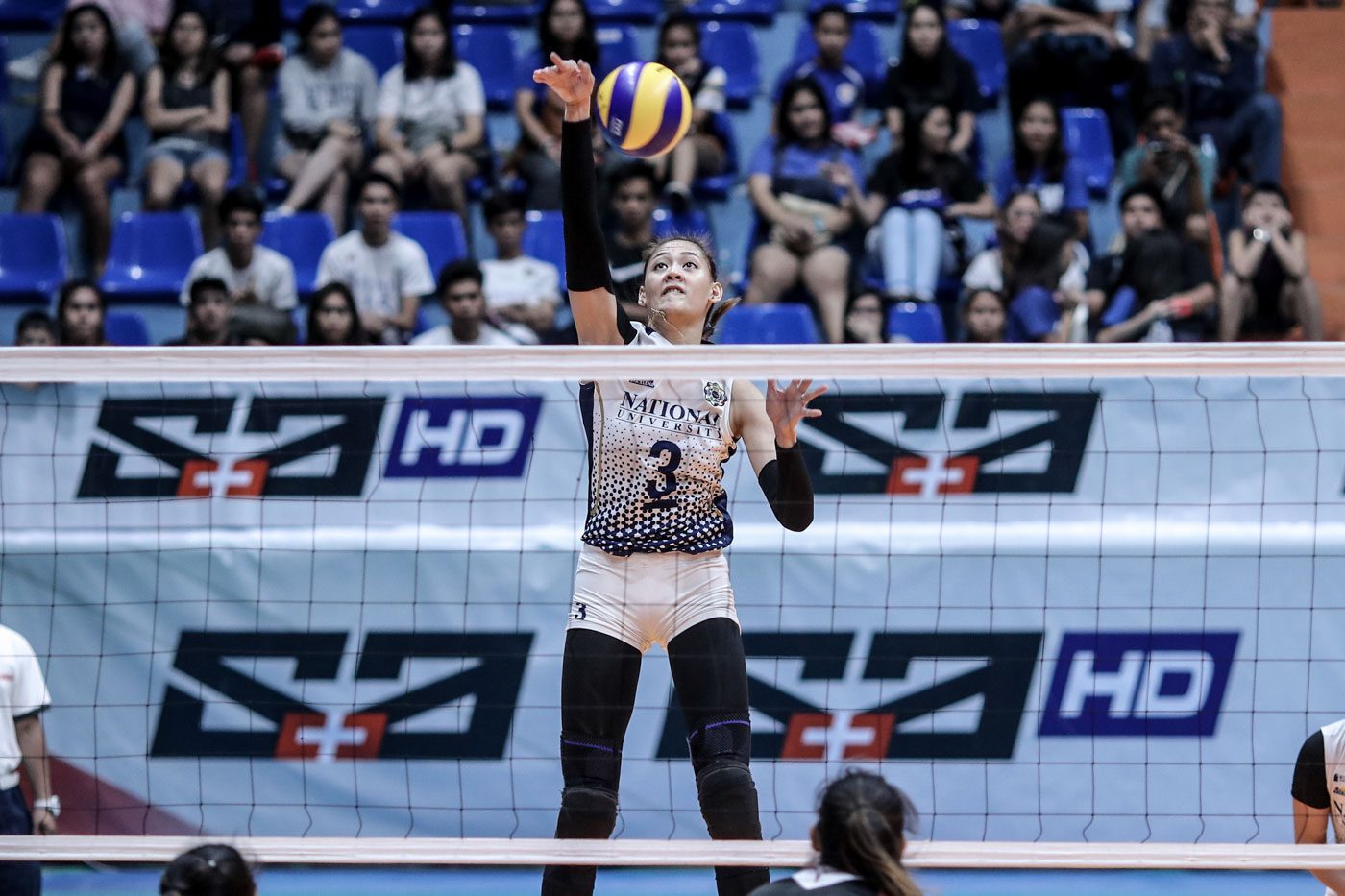 Facebook Twitter Copy URL
Copied
Despite leaving the league without a championship, the NU stalwart proves she remains as one of the league's best

Santiago’s heroics led the Sampaloc-based team to the Final 4 as the team’s explosive start paved the way for the Lady Bulldogs to finish on top of round 1.

The middle blocker also earned her 3rd Best Spiker award as she registered the highest spiking efficiency of 41.76%.

At the end of the eliminations, Santiago ranked second in the Best Scorer category with a total of 280 points off 223 spikes, 36 blocks and 21 aces.

However, Santiago was not able to defend her Best Blocker award as she placed behind  Far Eastern University’s (FEU) Celine Domingo, who posted an average of 0.73 blocks per set. The Lady Tamaraw served her residency in Season 79 after transferring to FEU from UE. University of Santo Tomas Golden Tigress Sisi Rondina nabbed the Best Scorer award with a total of 296 points off 271 spikes, 8 blocks and 17 aces.

University of the East’s Kath Arado also edged out DLSU’s Dawn Macandili in both the Best Digger and Best Receiver categories as she averaged 6.72 digs per set and excellently converted 53.07% of her receptions.

Ateneo’s Deanna Wong emerged as Best Setter as she averaged 8.54 sets per frame. The former libero converted back to a setter this Season 80 to fill in the void left by former star setter Jia Morado.