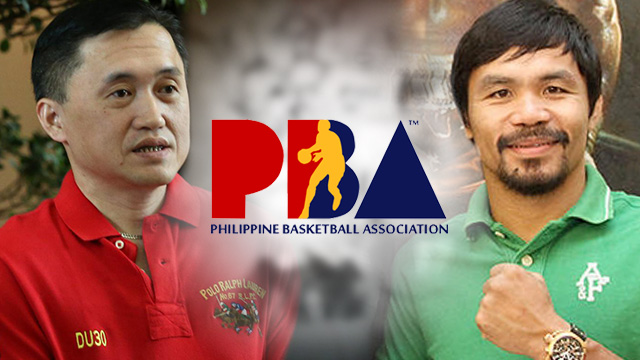 MANILA, Philippines – Manny Pacquiao and Bong Go will be facing off, not in the political field but on the basketball court.

The boxer-turned-senator and the Special Assistant to the President will banner the special 3-point shootout that will kickoff this year’s PBA All-Star Week.

Pacquiao, the former playing-coach of Columbian Dyip (formerly Kia) and Go, will be joined by Presidential son-in-law and lawyer Mans Carpio in the contest to be held during the first phase of the mid-season spectacle in Digos, Davao del Sur on May 23.

The three public officials will team up with PBA greats Allan Caidic and Kenneth Duremdes and Magnolia Hotshots veteran Peter June Simon, who became a big collegiate star in Davao before taking his act to the PBA. – Rappler.com