May 2, 2018 12:05 AM PHT
Bob Guerrero
Facebook Twitter Copy URL
Copied
The sport has united the Clarinos, but the May 3 match will divide the family for a day 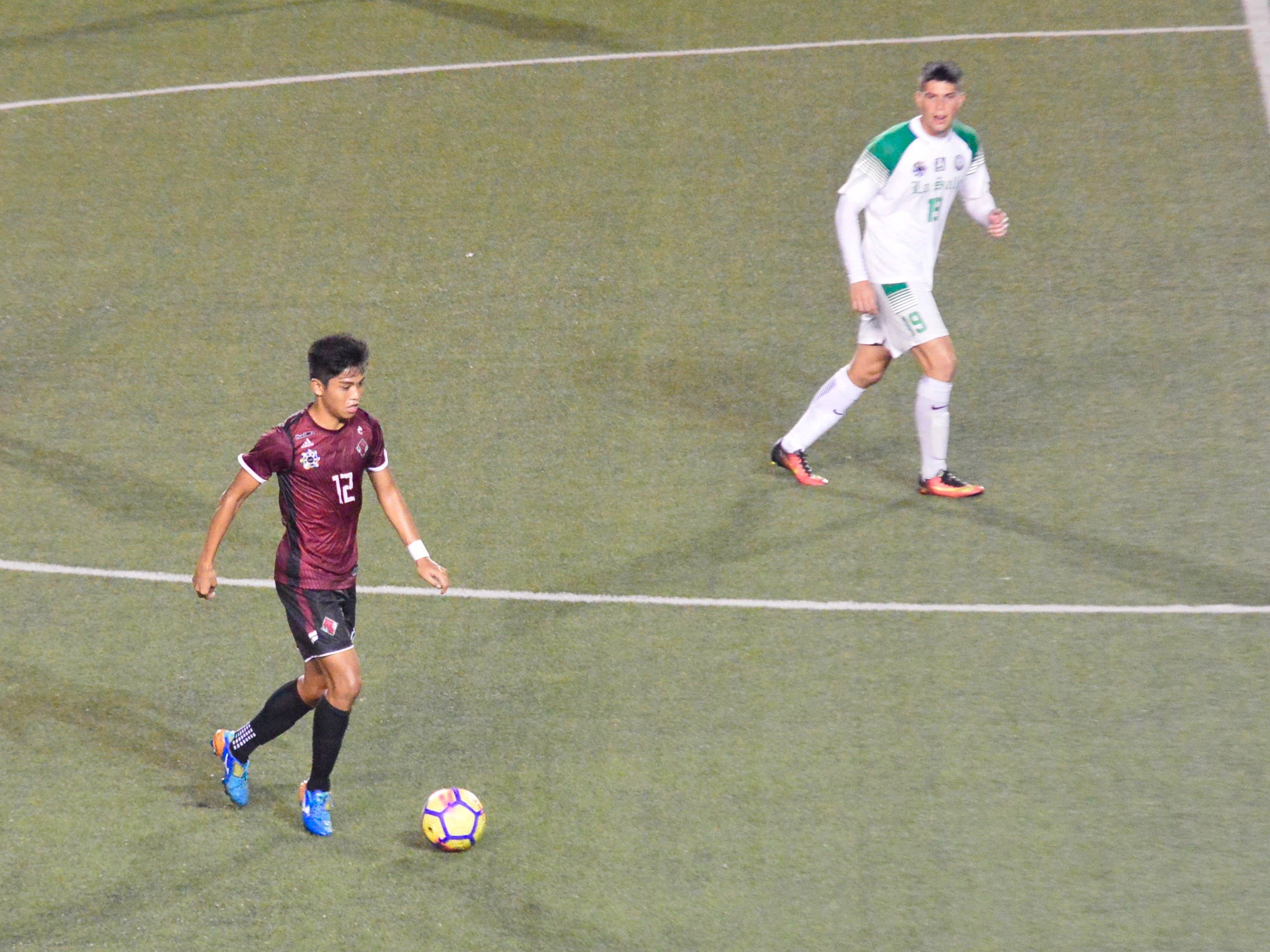 LIVE on S+A, Liga and the ABS-CBN Sports UAAP Livestream

MANILA, Philippines – Last Thursday, moments after UP sealed a UAAP title berth with a 1-0 semis win over De La Salle, I sidled up beside Popoy Clarino, the UP Maroons assistant coach, and asked him what this would mean for his family. Their final opponent would be UST, which dethroned Ateneo in extra time, also at 1-0.

Popoy’s brothers, Ian and Miggy, play for UP while another brother, Gino, is a Growling Tiger.

“The boys, (Miggy and Ian) will stay with me this week. Ate Ginnie might try to psy-war them again like she did last time,” said Popoy with a smile, referencing a previous Final Four meeting between the two teams two years ago.

Apparently his sister Ginnie, a former UST player, had tried to put her own brothers off-balance with some gentle needling in the lead-up to the game. To avoid that, Miggy and Ian will be quartered in Popoy’s house in Quezon City instead of the Clarino home in Antipolo.

Yes, this UAAP football final will indeed be like none other. An internecine smackdown that will be retold for generations in Clarino family reunions. The game is made even more momentous because Ian and Gino will both be playing their final UAAP game. Ian, a centerback, will likely be snapped up by a PFL team, while Gino appears ready to launch his career as an architect.

To say the Clarino family is a football family is a colossal understatement. It’s like saying fish tend to have a liking for water. Or that Hans Smit sort of favors short pants over long.

Randy and Maien Clarino (without an “ñ,” by the way) produced 12 kids. One sadly passed away after 40 days. That left a brood of 11, of which 10 played football. Of the 10, 4 (Aljoe, Ginnie, Ojay, and Gino) played collegiate ball for UST while 3, (Poppy, Miggy, and Ian) suited up for the Fighting Maroons. Ian played for UST in high school before choosing State U for college. 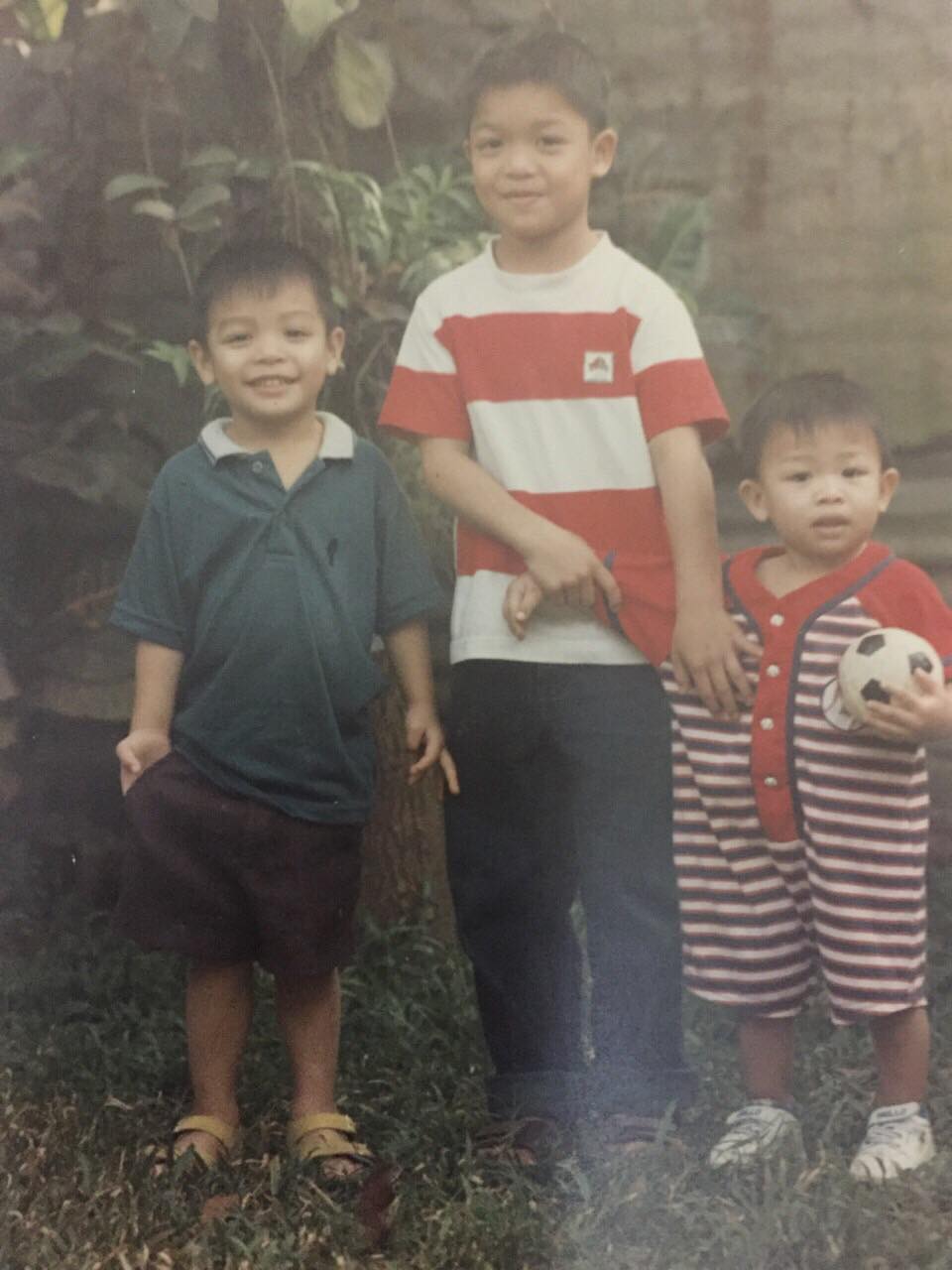 Rick Olivares wrote about this extraordinary bunch in 2011. Read about them here, where they talk about the time when the siblings played a 7-a-side tournament and won.

Aljoe, Ginnie and Popoy were the first to play the Beautiful Game. But the younger siblings quickly took a shine to the sport, as Ginnie shared:

“When my youngest brothers (Ojay, Gino, Ian and Miggy) were toddlers, we didn’t have electronics to keep us occupied, though we did have a huge backyard. Outdoor games were more fun than being stuck at home. With the older siblings’ football interest, they played and trained the little ones. My dad would bring us to Marikina Sports Center once a week. It was fun and very chill. One day, a guy approached my little brothers. That was the beginning of Ojay, Gino, Ian and Miggy’s career. Thanks to coach Frank Muescan. Following the footsteps of their older siblings, they mastered the game better than we did and they soared.”

Ojay will definitely be one sibling yearning for a win for the España-based school to exorcise his own personal demons. Ojay played in three consecutive UAAP finals from Season 72 to Season 74 (2010 to 2012) for UST. Each game ended in defeat, with his anguished tears watering the barren summer grass fields in Ateneo. First it was Jason Cordova for FEU who scored the winner. Then UP vanquished them twice, Ayi Nii with the goal in 2011, followed by Jinggoy Valmayor’s match winner a year later.

Ojay would love to see Gino deliver the goods this time. Gino actually took two years off from football to concentrate on his architecture degree. The striker returned in Season 80 for one last salvo. Usually he comes off the bench, but on the semi-final last week, UST coach Marjo Allado gave him a start.

“During the pre-season proper we’d always joke around that we’d be against each other in the finals,” said Gino.

“But now it’s really happening and it’s all about championship game preparation. I know both teams have been working so hard to get to where they are now and we’re only one game away to know who’s the better team. As we all know UP is undefeated so far this season and that for me shows how they deserve to be in this championship. Of course I am greatly proud that Ian handles his team very, very, well. But coming from a winning momentum, we feel that we can carry this until the end, for ourselves, for our coaching staff and most especially for the UST community.” 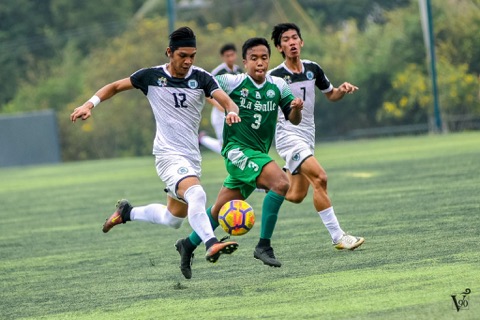 It’s only fitting that Ian will be marking Gino for this match. (Miggy usually starts at right back, so he might also be called on to corral his brother too.) As Ian tells it, this is a rivalry more than a decade old, but usually played on a smaller playing area.

“When we were kids every time kuya Gino and I had a free time at home we would always play 1v1 in the garage. It was very fun and intense to the point almost all the windows of our house were broken,” said Ian.

“These games really helped me because I got to know the movements of a striker and how to defend him.”

Did Ian ever play this 1v1 game with any of his other siblings?

“We’d have bruises and cuts here and there but those times were just pure fun,” said Gino.

(This game will be more exciting and enjoyable  because it’s like going back to our past where all of us siblings would just play in one field.) 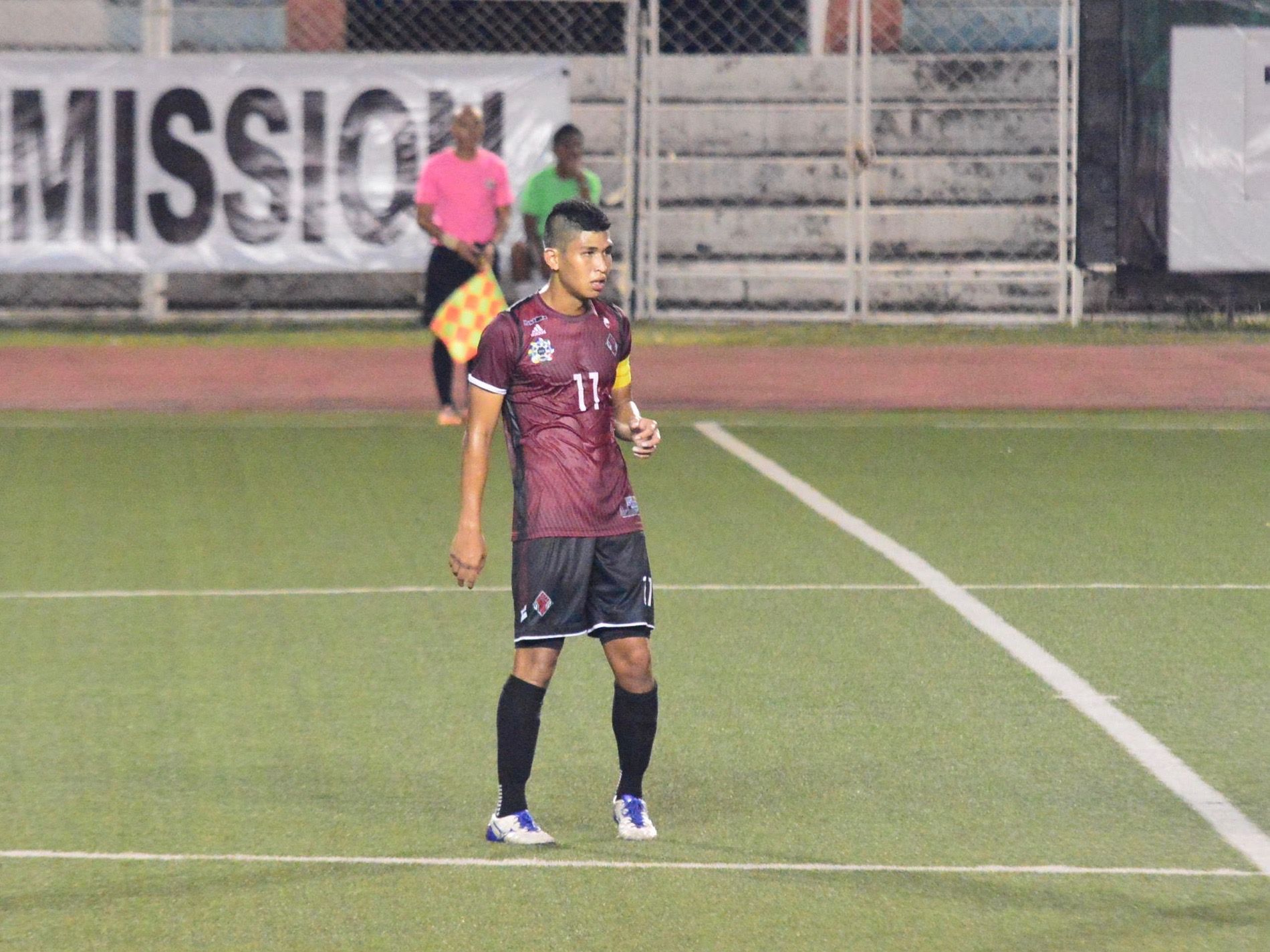 There will be other subplots and side stories to this game. UST  seemed to have some divine intervention last week. UST forward Conrado Dimacali headed in from a few feet away after the ball pinballed off several players to sink Ateneo in extra time. Two weeks ago the Palaweno went home to Puerto Princesa to bury his father, who passed away after a lingering illness. One thinks that Dimacali’s dad was the invisible hand guiding the ball to his head in that six yard box.

UP will be out for redemption after stumbling in the semi-finals last year, seeing midfielder Sean Patangan blow out his knee during the game and losing to FEU 1-0. Anto Gonzales’ Maroons are undefeated this season in a run that included a first-meeting draw and a second-round win against the Tigers. Their three-headed monster of strikers, JB Borlongan, Kintaro Miyagi, and rookie sensation Fidel Tacardon, have combined for 25 goals.

The UST defense must stiffen up to neutralize them. Another set of brothers – UST defenders and Barotacnons Darwin and Dionisio Busmion – will also need to play their best.

But no doubt all eyes will be on the Clarinos. No doubt the entire clan will be expecting a good game, but also cognizant that no matter what happens, one of their own will be shattered at the final whistle while another celebrates.

“It will be an emotional match for us but definitely it will bring us more closer than ever,” said Popoy. – Rappler.com