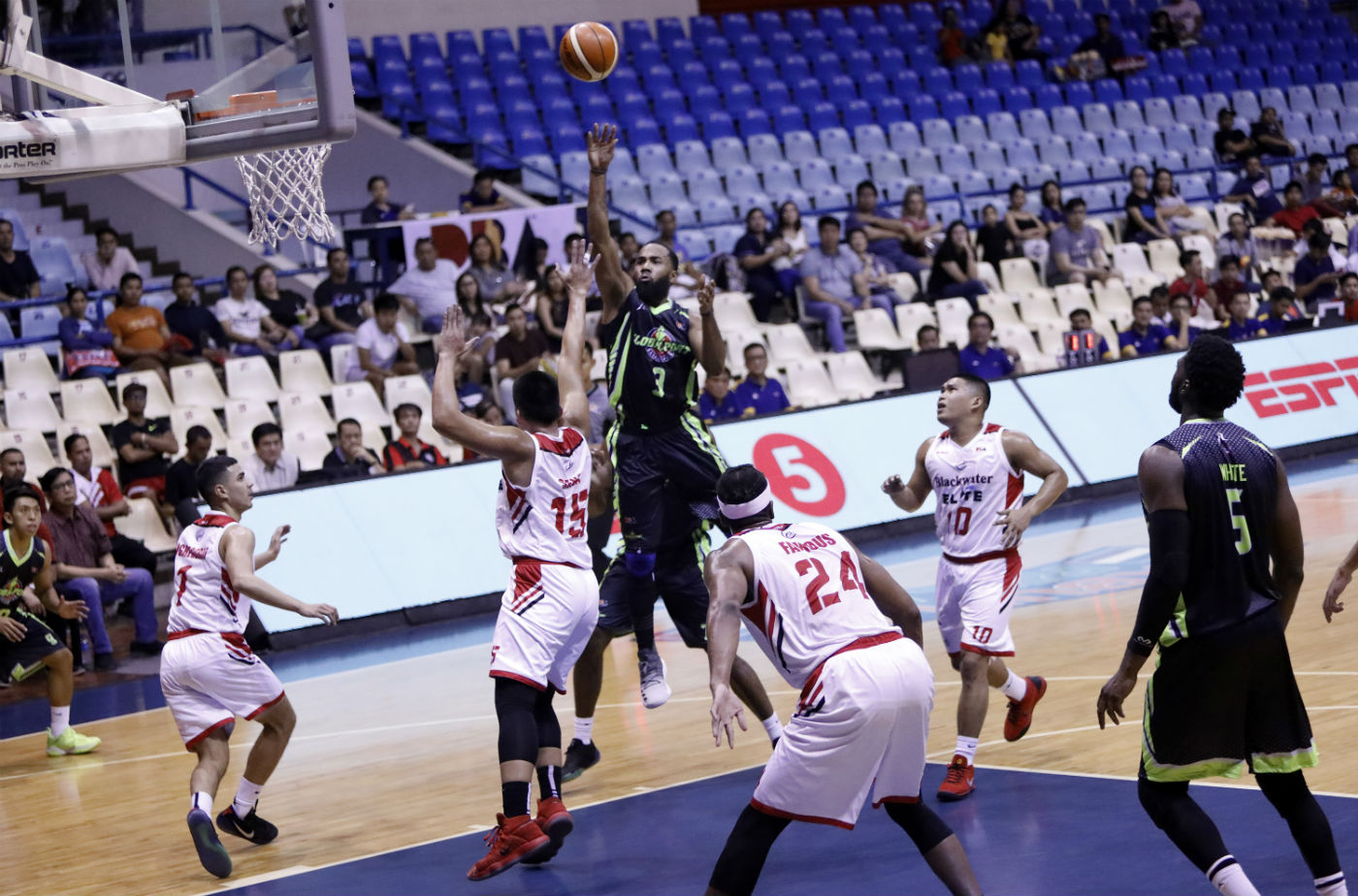 ANTIPOLO, Philippines (UPDATED) – GlobalPort spoiled Bong Ramos’ head coaching debut for Blackwater as the Batang Pier repulsed the Elite, 117-106, in the 2018 PBA Commissioner’s Cup at the Ynares Center here on Wednesday, May 2.

Sean Anthony finished with a near-triple-double of 29 points, 13 rebounds, 8 assists and 3 steals for the Batang Pier, who dealt Blackwater its 4 straight loss.

The Batang Pier also banked on Stanley Pringle and import Malcolm White to bag their second straight win after dropping their conference opener.

Pringle scattered 26 points, 7 assists and 6 rebounds while White chalked up 28 points and 8 rebounds as the Batang Pier kept the Elite winless despite replacing long-time tactician Leo Isaac with Ramos.

Blackwater, which trailed by as much as 81-99 heading into the 4th period, trimmed its deficit to just 5 points with 3 minutes remaining, 102-107, but Anthony scored 5 straight points to put the nail in the coffin.

(There are still many things to fix but at least, the chemistry is already there.)

The Elite took control early and even led by as much as 12 points in the second quarter, 52-40, before Anthony waxed hot, scoring 13 of his output in the 3rd frame alone to help GlobalPort gain an 97-81 cushion heading into the payoff period.

Mo Tautuaa, who returned from a one-game suspension, chipped in 14 points and 10 rebounds.

Jarrid Famous paced the Elite with a monstrous 41-point and 22-rebound outing.