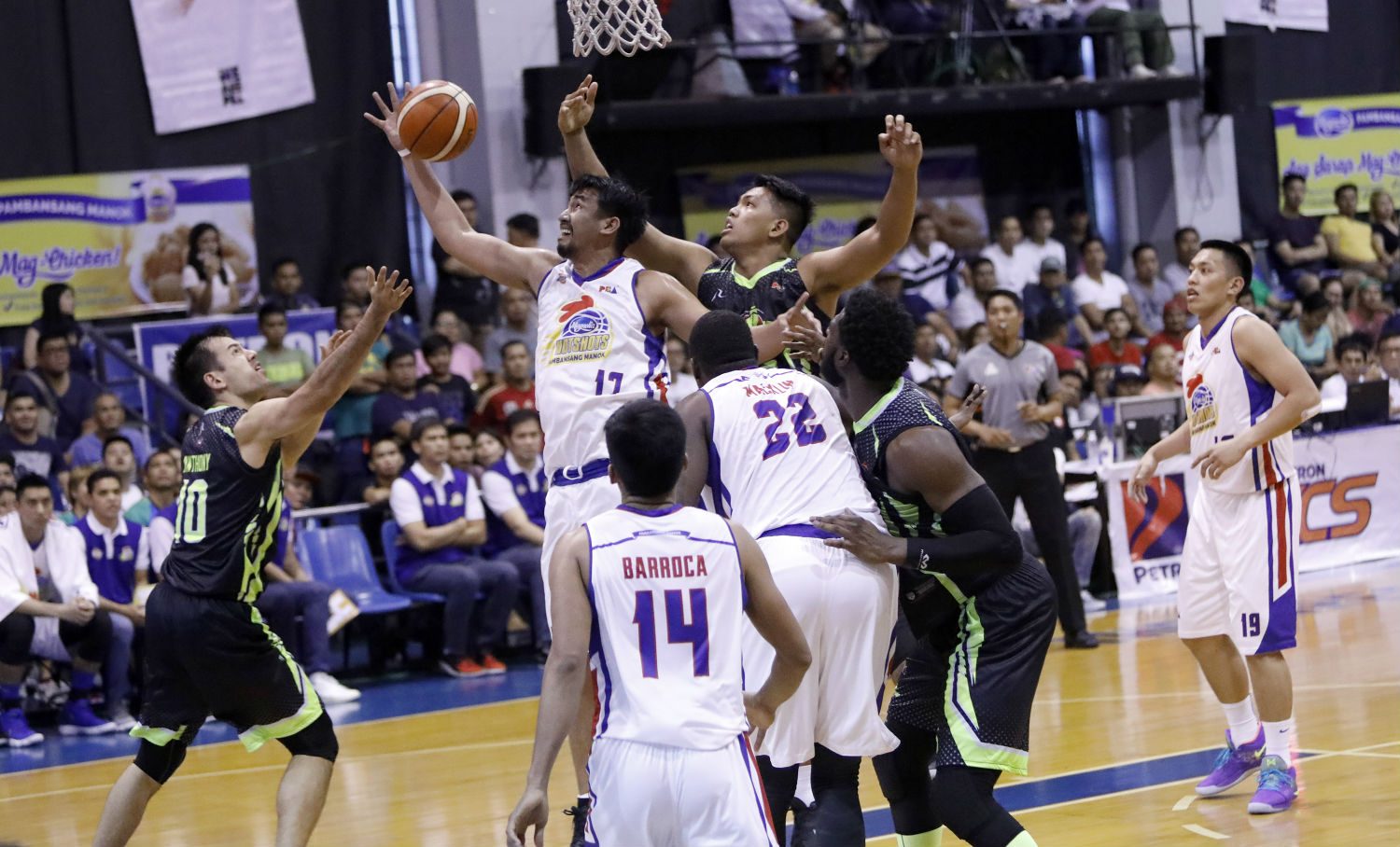 MANILA, Philippines – Magnolia proved steadier in the endgame this time as it staved off the pesky GlobalPort, 92-87, for its first win in the 2018 PBA Commissioner’s Cup at the AUF Sports Arena & Cultural Center in Pampanga on Saturday, May 12.

The Hotshots, who blew a big lead in their 87-89 loss to the Phoenix Fuel Masters in their conference opener, did enough to hold on to the win and end the Batang Pier’s two-game winning streak thanks to Ian Sangalang.

Sangalang, playing in front of his townsmen, delivered 22 points and 8 rebounds and provided the crucial baskets down the stretch to steer the Hotshots to victory.

Magnolia trailed 83-85 with less than 4 minutes left in the game before it scored 7 straight points, with 5 coming from Sangalang, for a 90-85 advantage, a lead the Hotshots preserved until the final buzzer sounded.

Import Vernon Macklin chalked up 19 points and 13 rebounds while Rome dela Rosa made his presence felt with 14 points in the win.

“Coming from a bad loss last game against Phoenix, we bounced back hard in this game,” said Magnolia head coach Chito Victolero. “It’s always a grind out game because Global played physical so we needed to be sharp.”

Sean Anthony finished with 20 points and 11 rebounds for the Batang Pier, who slipped to 2-2, while import Malcolm White chipped in 17 points, 14 rebounds and 3 blocks.

Stanley Pringle added 14 points and 6 rebound and Mo Tautuaa had 12 points and 13 rebounds in the loss.