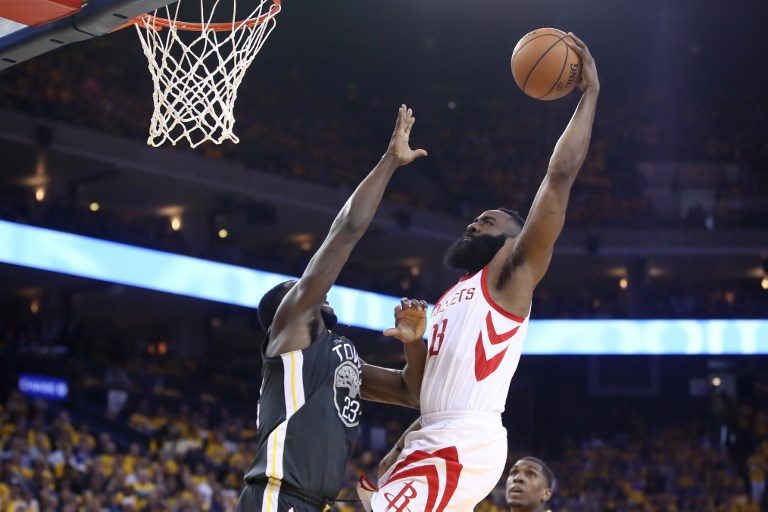 SAN FRANCISCO, United States – (UPDATED) Houston responded to Steph Curry’s 3rd-quarter explosion this time as the Rockets came out with a huge 4th quarter to drub the Golden State Warriors, 95-92, and level the NBA Western Conference finals to 2-2 on Tuesday, May 22 (Wednesday, May 23 in Manila) at Oracle Arena in Oakland.

The Rockets outscored the Warriors, 25-12, in the final period after Curry got away with another strong 3rd quarter where he dropped 17 of his 28 points.

The victory snapped Golden State’s record playoff home win streak at 16 games, with the Warriors suffering their first loss since the 2016 NBA Finals, and gave the Rockets their first playoff win at Golden State in 8 tries.

“We know how hard it is to come back from 3-1,” Paul said. “When it’s winning time, you have got to suck it up. We knew we needed one here and we got it.”

P.J. Tucker had 16 rebounds and Clint Capella grabbed 13 for the NBA season win-leading Rockets, who pulled even in the best-of-7 Western Conference final that continues in Game 5 on Thursday in Houston.

“We’ve got to come out and play hard. City of Houston we need you,” Paul said.

The two-time Most Valuable Player finished with 28 points, while Kevin Durant had a double-double of 27 points and 12 rebounds.

Game 6 will be Saturday at Golden State. The series winner will face either Cleveland or Boston in the NBA Finals starting May 31.

Paul hoped the Rockets’ title quest might help the Houston area take relief from a school shooting that saw a teen gunman kill 10 people, much the way the Houston Astros’ World Series baseball title did last year after hurricane flooding.

“Hopefully basketball can be a way for people to ease their minds, if only for a moment,” Paul said.

Paul hit a free throw but the Warriors had one last chance, Curry missing a 3-pointer at the final buzzer.

“There’s just great basketball now. It was just gutting it out and willing it ,” D’Antoni said. “Holding them to 12 points in the fourth quarter, that was obviously key.

The Rockets outscored Golden State 25-10 in the final 7 minutes of the second quarter, the Warriors missing 9 of their final 11 first-half shots.  – Rappler.com