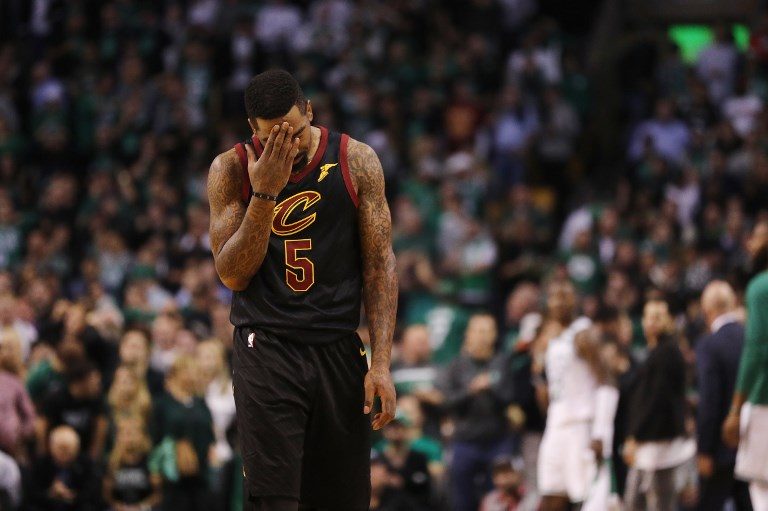 MANILA, Philippines – JR Smith of the Cleveland Cavaliers is a multi-millionaire basketball player with a championship to his name, but no one from the viewer fanbase would want to step in his shoes, especially right now.

For those who missed Game 1 of the NBA Finals where the defending champion Golden State Warriors romped past the Cavs in overtime, 124-114, it was Smith who blew a golden opportunity as Cleveland could have won in regulation.

What was J.R. doing?  pic.twitter.com/RzlhKBP5yG

Yes, a professional basketball player forgot what the score was in an NBA Finals game and just dribbled out the game clock.

Understandably, LeBron James – who dropped 51 points only to see two massive game-costing blunders in a row – was livid. But his reaction was tame compared to the social media explosion the embattled shooting guard caused.

To the uninitiated, the internet is indeed a place without mercy.

Some quick-witted people used images from the game itself…

How many seconds did JR Smith dribble: pic.twitter.com/yhcTOa0fGC

…sometimes with a few alterations…

…while others relied on stock memes, which were still effective nonetheless.

“We can’t lose if it’s tied and I just dribble in circles doing nothing”
– JR Smith
#NBAFinals pic.twitter.com/mbc3ZNfHE2

JR Smith: “We tied with an offensive board just put it up”

Dark JR: “Nah B .. Dribble it out” pic.twitter.com/OKzaJAWzZS

In the interest of fairness, Smith did defend himself. He didn’t do a good job at it, but he tried.

“I thought we were ahead.” – JR Smith pic.twitter.com/OjCt4VMCEj

Well, he still has 3 more games, at the very least, to make up for it with his streaky but deadeye shooting and acceptable perimeter defense.

Like Wayne Gretzky, hockey’s greatest of all time, once said, “You miss 100% of the shots you don’t take.” After today’s game, we can all agree that truer words have never been spoken. – Rappler.com