MANILA, Philippines – The Philippines will try to make the most out of its homecourt advantage as the country hosts the FIBA 3×3 World Cup 2018 from June 8 to 12 at the Philippine Arena in Bulacan.

The Philippine men’s team of Christian Standhardinger, Stanley Pringle, Troy Rosario and Roger Pogoy will go up against Russia, Brazil, Mongolia and Canada in Pool C. Catch them in action: 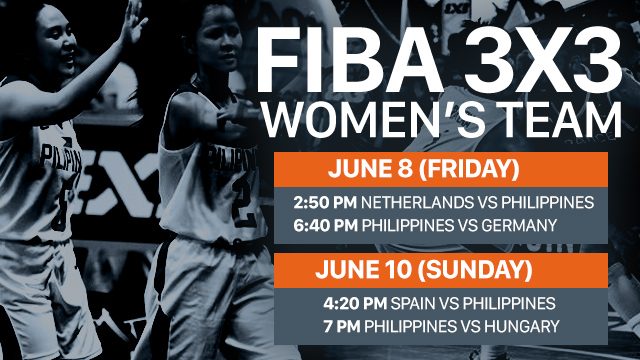 Serbia will try to defend its men’s crown, while Russia will vie to extend its reign in the women’s side. The final rounds will be played on June 12. – Rappler.com