Former head coach Dooley to still be involved with Azkals 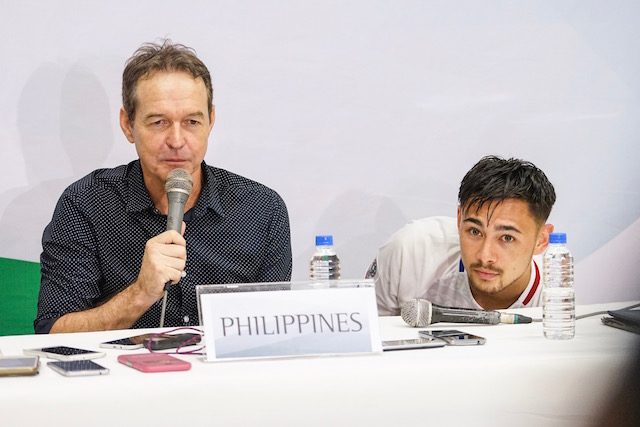 MANILA, Philippines – It’s not entirely a goodbye to Thomas Dooley as Azkals team manager Dan Palami is offering the former head coach a chance to still be part of the team that he led to an Asian Cup berth.

“Philippine football owes a lot to Thomas Dooley that’s why I’m offering him a position in the team in a different capacity. I hope he will accept and remain with the team,” said Palami during the Azkals’ announcement of a new coaching staff on Thursday, June 14.

Terry Butcher formally replaced Dooley and Palami has also acquired the services of Scott Cooper as the Azkals’ senior football adviser. Former Azkal Chris Greatwich will remain as assistant coach and Steve Marcells has been appointed as the goalkeeping coach.

“Philippine football needs someone like Thomas but not in his capacity as head coach, but there’s a lot of things that need to be done in Philippine football that Thomas can contribute and I ask him to be part of that with the Azkals,” explained Palami.

During his stint as head coach, Dooley’s rifts with explosive midfielder Stephan Schröck and Dennis Cagara caused them to resign from the national team.

In 2016, the Azkals didn’t even make it out of the group stage under Dooley’s leadership, as Thailand and Indonesia advanced to the knockout phase.

“[Dooley can be involved in] the technical aspect of it – so it could be technical director for Azkals, not PFF, for the Azklas foundation – he can be part of it because it’s something that everybody should be involved with,” Palami said of the job offer. – Rappler.com