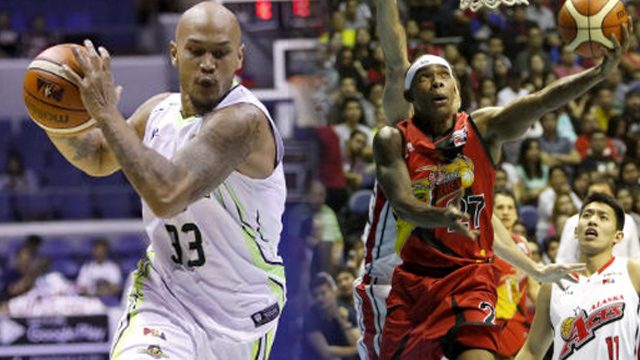 The Beermen have acquired the services of Kelly Nabong after they traded veteran slotman Gabby Espinas and their 2020 second round pick to the GlobalPort Batang Pier.

This is the 3rd trade the PBA has approved in 4 days. Last Monday, June 18, the Gin Kings traded their 2018 first round pick to the Phoenix Fuel Masters for Jeff Chan before shipping Paolo Taha to GlobalPort for Julian Sargent the day after.

The temperemental forward, who was picked up by the Batang Pier in the offseason after a controversial exit from the Meralco Bolts, averaged 7.3 points, 6.5 rebounds, 2.5 assists and 1.3 steals in 6 games with GlobalPort this conference.

Espinas, meanwhile, is expected to see his minutes rise in GlobalPort after barely playing for the Beermen.

The 12-year pro, who won 4 championships with San Miguel, saw action in just one game for the Beermen in the mid-season conference and did not tally any significant statistics. – Rappler.com