Ricky Dandan resigns as Dyip coach, set to return to UP 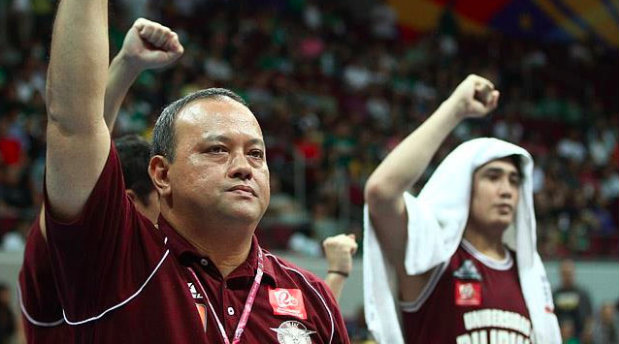 MANILA, Philippines – Ricky Dandan has resigned as the head coach of the Columbian Dyip in the PBA, according to an official statement on Monday, June 25.

In his statement, Dandan said that he would return as a full-time assistant to the University of the Philippines (UP) Fighting Maroons coaching staff under current chief tactician Bo Perasol.

He also said that he “arrived at this decision after much thought and consideration.”

He leaves the Dyip crew with nothing but kind words.

“In spite of the difficulties of all the losses, both Governor Bobby (Rosales) and Coach Joe (Lipa) showed unwavering support for the coaching staff and the team,” he said. “This led to our improved performance in the Commissioner’s Cup.”

Reyes is the Columbian Dyip governor while the seasoned Lipa is the team manager.

Dandan mentored UP for 3 years before getting sacked mid-season in 2013.

The Maroons are tabbed among the favorites in the next UAAP season.– Rappler.com