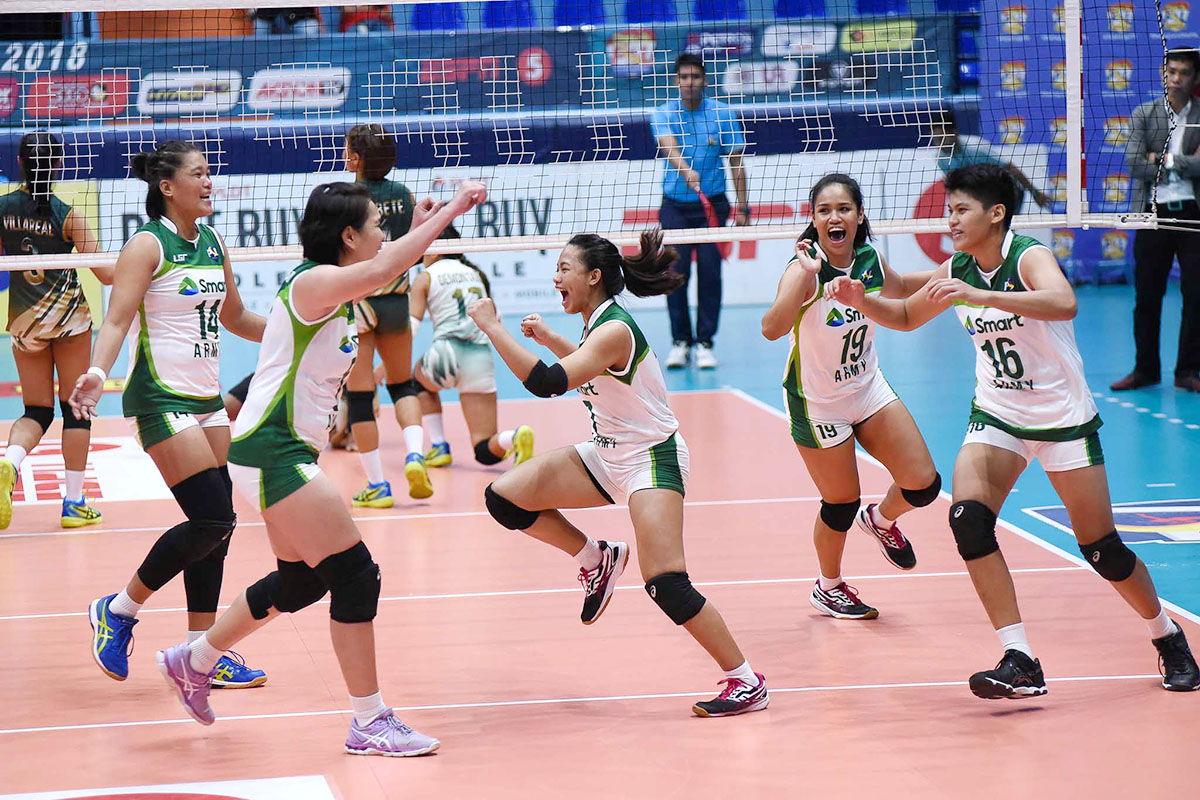 A 4-touches error sent the Giga Hitters to match point. However, Joanne Bunag’s service went straight to the net that extended the game. A service error from Realtors’ team captain Pam Lastimosa ended the match in favor of the Giga Hitters.

Sta. Lucia missed the services of their key players Jho Maraguinot, Chinchin Basas and Rica Rivera. The former Ateneo Lady Eagle will be out for two weeks due to a muscle strain while Basas is recovering from an ear infection. Rivera will be out until the All-Filipino conference due to a knee injury.

The Giga Hitters started the game strong with a 13-2 run, highlighted by aces from team captain Ging Balse-Pabayo and Nerissa Bautista that led to their early 18-9 lead. They savored this advantage and closed the first set with an 11-point lead, 25-14.

The Giga Hitters continued the momentum into the second set, preserving a 9-point lead. The Realtors answered with a 5-1 run that trimmed the deficit, 11-16. The Giga Hitters still stayed in control as Joanne Bunag’s attack brought it to set point, 24-14, and Smart eventually took the 2-1 match advantage.

The Realtors stayed within reach of the Giga Hitters in the third set as Phillips’ back-to-back points tied the score at 8-all. Errors continued to plague the team that led to its defeat. –  with reports from Carla Molina/Rappler.com