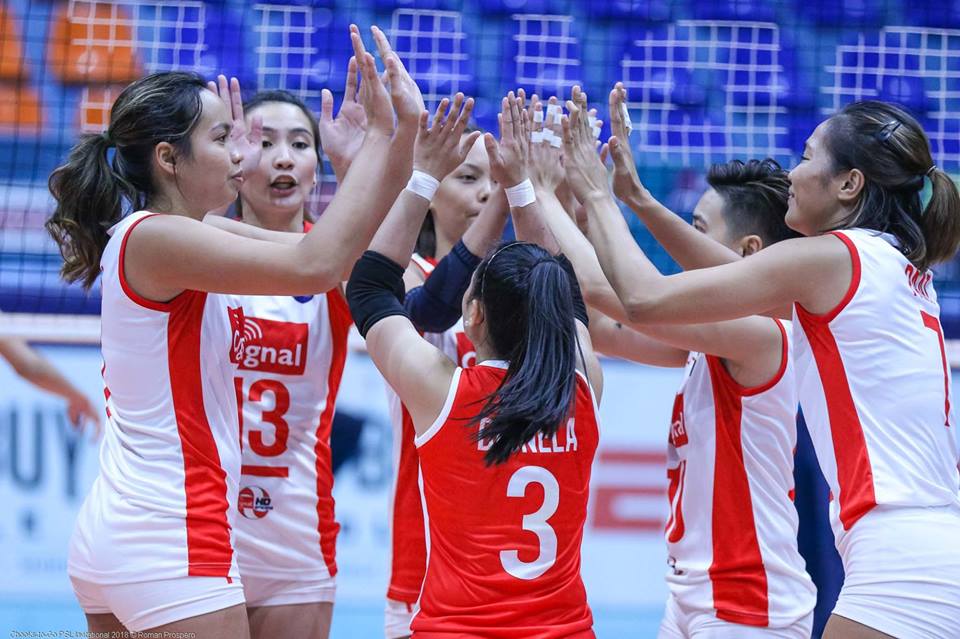 Me-an Mendrez led the Lady Warriors with 18 points built from 16 attacks and an ace. Judith Abil chipped in 14 points all from attacks.

Cignal stands at 1-0 while the Lady Warriors fall to a 0-2 record.

Cherrylume got the early advantage in first set powered by attacks from Mary Anne Mendrez and Judith Abil. The Lady Warriors pulled away their one-point lead, 20-19, with a 5-0 run to end the first set in their favor.

(Actually, I was shocked about their attitude inside the court. They seemed shocked too – we were getting used to it. They were not in their fighting attitude a while ago.)

After an exchange of attacks in the second set, an easy push from Shirley Salamagos brought Cignal to set point, 24-23. Lhara Clavano managed to extend the set, but Daquis’ attack and Cherrylume’s reception error surrendered the set to Cignal.

The HD Spikers rode on their second set momentum to nab the 3rd set, powered by attacks from Salamagos and Daquis. – with reports from Carla Molina/Rappler.com