Jun 26, 2018 11:20 PM PHT
Rappler.com
Facebook Twitter Copy URL
Copied
The Philippine Volcanoes bring the crown back to the country for the first time since 2012 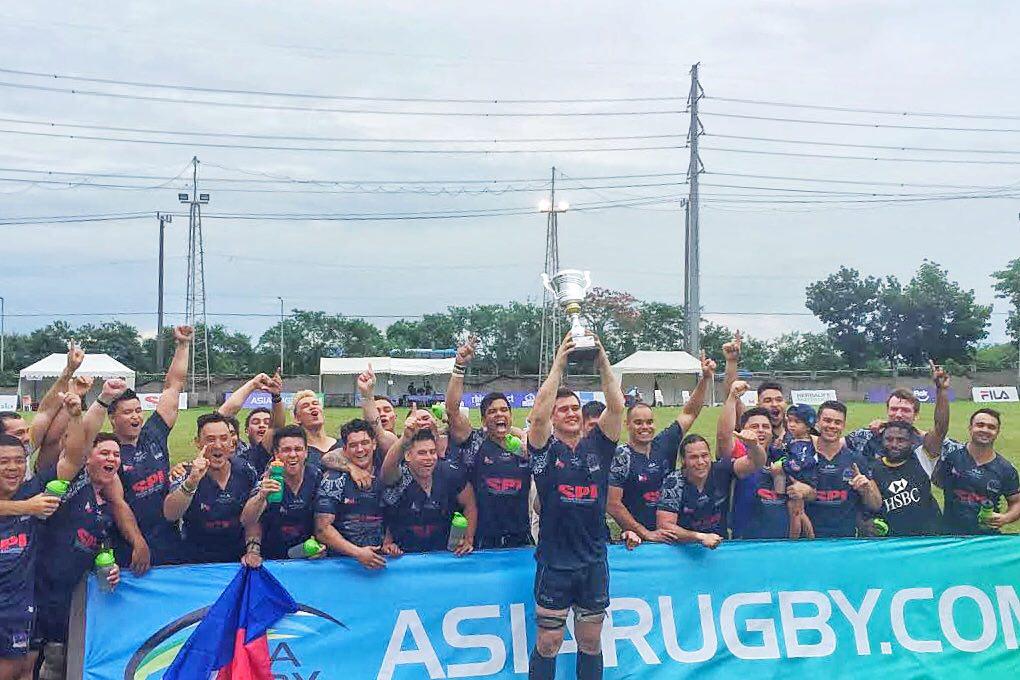 LAGUNA, Philippines – The Philippine Volcanoes completed a two-match sweep against Singapore, 38-12, for an aggregate score of 70-46, in the Division 1 Asia Rugby Championship on Tuesday, June 26 at the Southern Plains in Laguna.

Robert Fogerty bolstered the Volcanoes’ offense as he came alive in the second half, smashing through the goalposts with two penalties as well as completing two conversions off the tries of Justin Coveney and Joe Dawson .

Only in his first year with the Philippine team, Fogerty lifted the Volcanoes to their first Division 1 Asian Championship since 2012.

“We talked a lot about puso (heart). I think you saw in the last 20 minutes of the game, that we just never gave up,” said the rookie.

With this win, the Philippines is now a contender in Asia and will have to maintain their champion reputation until next year according to Volcanoes captain Steve Howorth.

“Our goal is to keep building on this win. Come next year, beat them all again and reclaim the Division 1 trophy,” said the captain

Singapore led the match just once, starting the game on a strong 0-5 note off a Matthew Humphries try on a missed conversion.

Philippine captain Howorth was the first to draw blood with a perfect seven (7-5) until Fogerty poured in two penalties to bring the lead to 13-5.

Singapore answered back with a perfect seven off the backs of Peter McFeely and Ishraff Marah (13-12). The first half ended with a try from Justin Coveney 18-12.

Singapore drew nothing in the second half owing it to the Volcanoes’ tight defense preventing the visiting opponent from crossing the line.

“We just stuck together at the defensive line and forced errors and when we had the ball, we capitalized and broke their line and scored,” said Coveney. – with reports from Tonichi Regalado and Franco Luna/Rappler.com