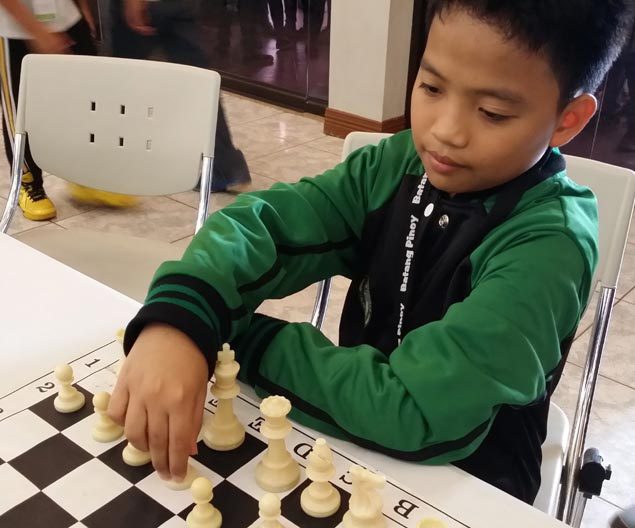 MANILA, Philippines – Vietnam regained the overall crown even as the Philippines ruled the blitz tournament in the 19th Asean Chess Age Group Championship on Wednesday night, June 27, in Davao City.

Gritty wins by the Filipinos in the final event, the whole-day blitz tournament, came too late as Vietnam had dominated the standard and rapid chess events.

Vietnam amassed a total of 70 golds, 56 silvers and 30 bronze medals, while the Philippines had 55 golds, 45 silvers and 26 bronzes. Indonesia had 3 silvers and one bronze.

The Philippines got a boost from Far Eastern University players, who won 17 golds, 8 silvers and two bronze medals under the watch of grandmaster Jayson Gonzales.

Paulo Bersamina closed out his final age group tournament by ruling the under-20 standard, rapid and tying for first in blitz chess. Bersamina could have won the blitz tournament outright had he not lost to John Marvin Miciano, who finally won against the National University bet after 4 games.

Bersamina ended up sharing first with Pham Minh Hien and Rhenzi Kyle Sevillano, who faltered in the last round against Sarri Subajani, the tournament sensation from Sulu. But Bersamina got his second grandmaster result with his Davao achievements and needs to get a 3rd result to become a grandmaster.

Daniel Quizon, earlier fielded in the under-20 division because of his strong performance in the first quarter, won the blitz tournament to add to his triumph in the rapid section at the under-14 division.

Alekhine Nouri also ruled the under-16 blitz after faltering in the standard and rapid chess events.

Shania Mae Mendoza, who won the nationals less than two weeks ago, also took the blitz section to add to her standard chess victory.

Aside from Mendoza’s twin golds, a highlight was the surprise victory of Dale Bernardo – a reserve in Gonzales’ FEU high school team – in the under-18 standard chess.

“I am surprised and happy. But we still have to study further,” said Bernardo, who will likely playoff with John Merill Jacutina for FEU’s Board One for the 2018-2019 UAAP season. The victory gave him the International Master title.

Allaney Doroy, who topped the eliminations for the national women’s championship, finally showed her form by taking the under-18 blitz,while defending junior champion Francois Magpily captured the under-16.

Al-Basher Buto and Ruelle Canino, rulers of their own age divisions, failed to win their categories in standard chess for the first time.

In the 50-and-above blitz tournament, veteran Alex Milagrosa won ahead of Mario Mangubat, the Cebuano who dealt Eugene Torre a rare defeat in the 1979 National Open.