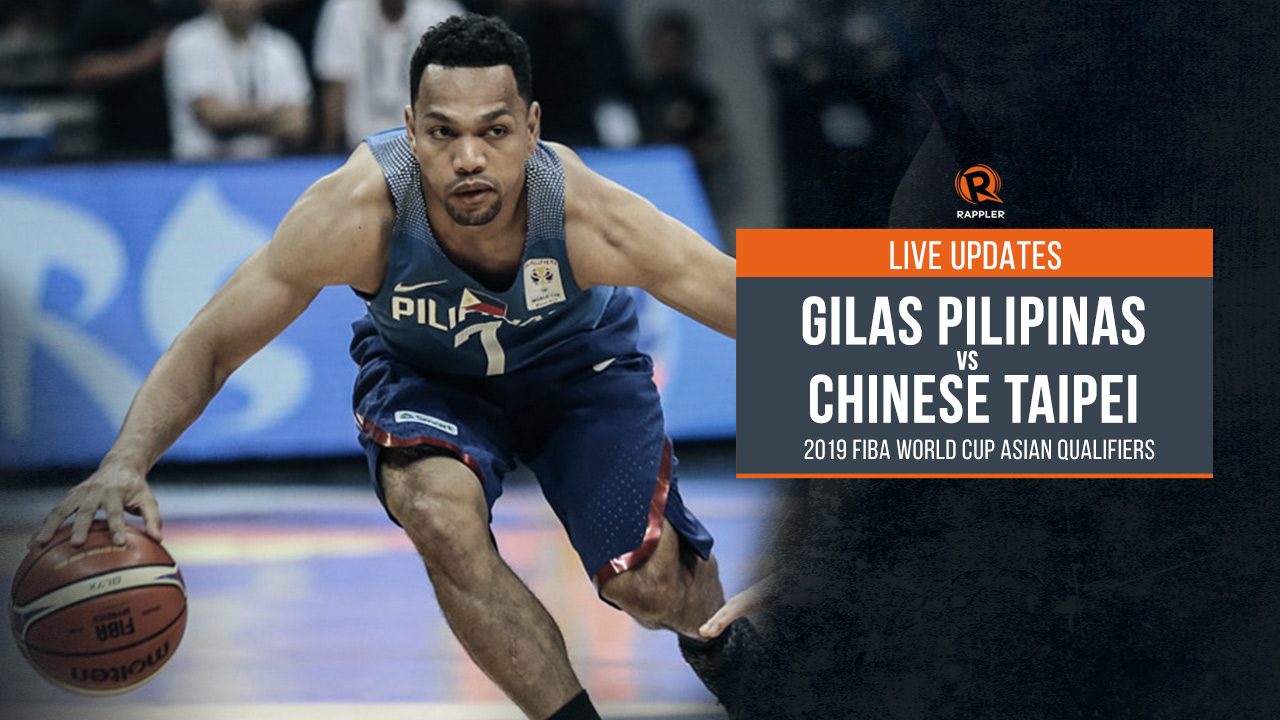 MANILA, Philippines – Gilas Pilipinas looks to reassert its mastery over Chinese Taipei as the two lock horns at the start of the 3rd window of the Asian Qualifiers for the 2019 FIBA World Cup.

The Philippines resumes its quest for a World Cup berth against the Taiwanese squad on Friday, June 29, at the Taipei Heping Basketball Stadium.

Pressure will be on Chinese Taipei’s side as Gilas downed the Taiwanese, 90-83, in the first window.

But the visiting Filipinos will still vie for a win even as Gilas already secured a seat in the second round of the Qualifiers with a 3-1 record in Group B. Chinese Taipei, which has a 1-3 slate, needs a win to advance.

Game time is at 7 pm. Follow Rappler’s live coverage of the game below: