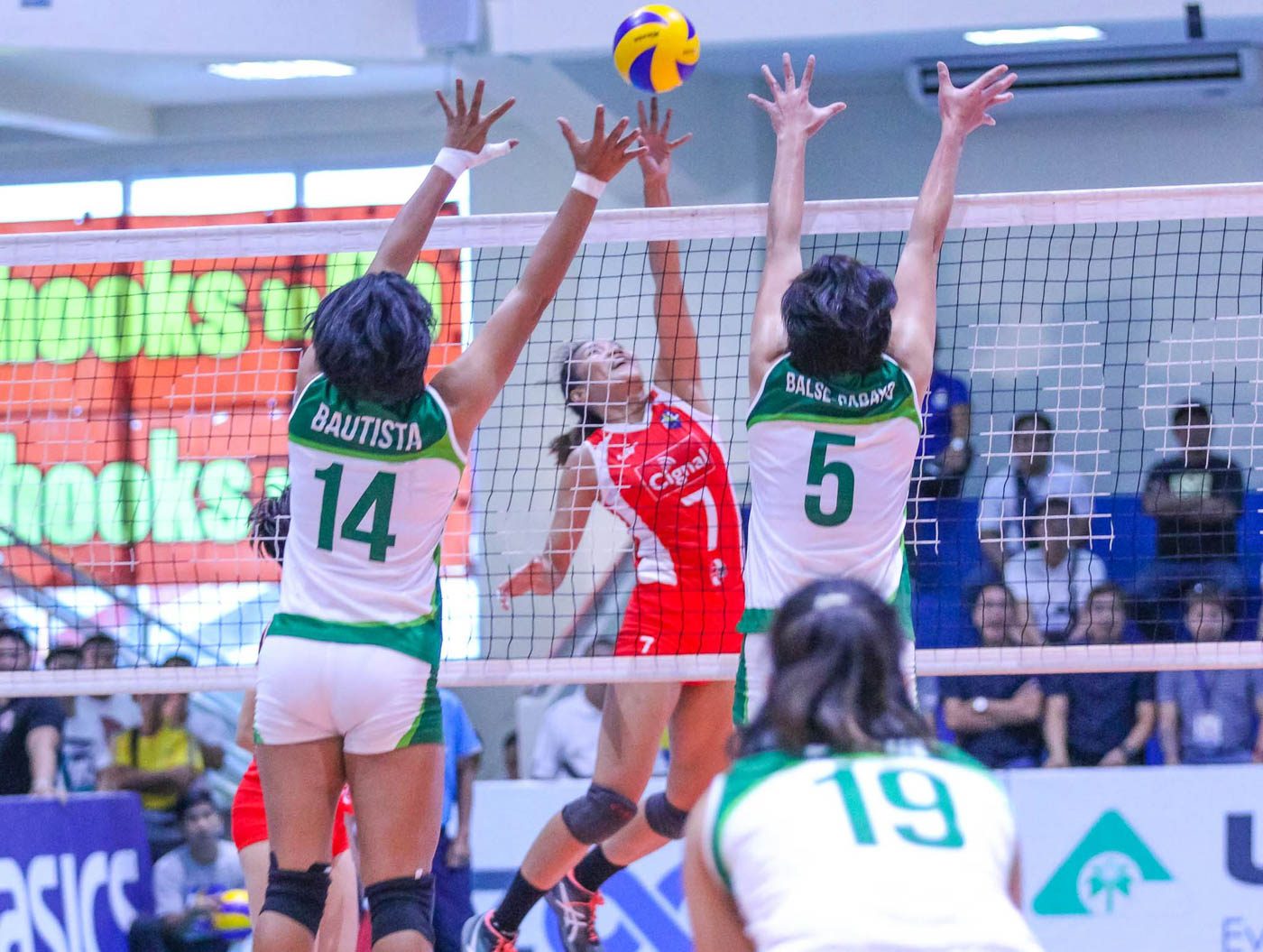 Rachel Anne Daquis proved that she’s still one of the country’s best spikers as she waxed hot in the stretch to lead the HD Spikers to their second straight win.

Daquis finished with 13 points built on 7 spikes, 4 blocks and a pair of service aces while anchoring the defense with 5 digs to put the HD Spikers two wins away from gaining an outright semifinals seat.

“As I’ve I said before, you’ll see a different Daquis. She rotates and spikes everywhere. She is really confident in everything she does,” said Cignal head coach Edgar Barroga.

“And I told her that this (Army) was her former team, they will target you so we practiced her reception.”

Mylene Paat was also instrumental with 12 points built on 7 kills, 4 blocks and an ace while Rapril Aguilar and Janine Navarro added 5 markers apiece while providing the clutch points in the second and third sets, respectively.

“This is how I wanted them to play,” Barroga said. “I think they already adjusted, their trust in each other is back, and they’re confident.”

After a 15-point rout in the first set, the HD Spikers had to labor their way through the late rally of the Giga Hitters in the next two sets.

Cignal squandered a 17-12 spread as Smart rallied back to tie it to 20-all off an ace from Alina Bicar.

But Aguilar came to the rescue scoring back-to-back hits for a 23-20 cushion before Paat their team at set point, 24-22.

The Giga Hitters, however, forced a deuce, 24-all, through Tin Francisco’s quick attack and a crucial attack error of Daquis.

Aguilar put the HD Spikers ahead, 25-24, followed by a net fault by Smart that handed the two-set lead to Cignal.

Nene Bautista and Dimdim Pacres delivered 6 points apiece for the Giga Hitters, who absorbed their first defeat after two matches in Pool B. – Rappler.com