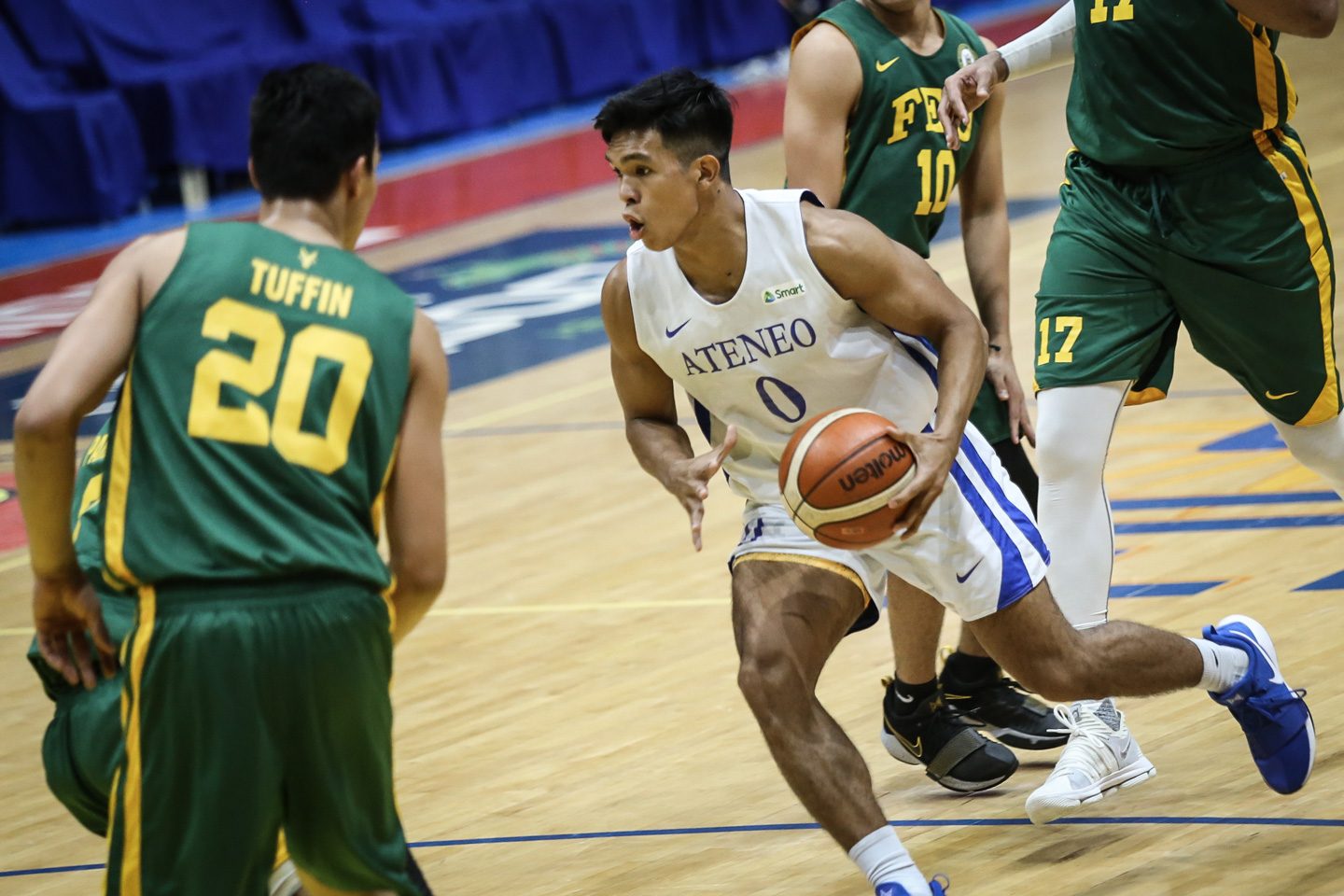 MANILA, Philippines – The Ateneo Blue Eagles drubbed the Far Eastern University Tamaraws, 50-38, to advance to the final round of the Filoil Flying V Preseason Cup on Friday, June 29.

Thirdy Ravena topscored for the Eagles with only 7 points in the low-scoring semifinal slugfest at the Filoil Flying V Arena in San Juan. It marked the second game in a row where no Ateneo player reached double-digits in scoring.

Ateneo will take on the winner of the other semifinal battle between the San Beda Red Lions and the St. Benilde Blazers.

“It was a defensive game, low-scoring,” said assistant coach Sandy Arespacochaga, taking over the absent Tab Baldwin. “FEU played good defense on us in the first half.”

“We had only two assists in the first half, so that’s a bit uncharacteristic from our team,” he said of the Blue Eagles, who recently had a series of tuneup games in Greece.

“Medyo may gigil eh. We wanted to win, but we were doing it a bit individually.”

(We were a bit too aggressive. We wanted to win, but we were doing it a bit individually.)

Ateneo big man Isaac Go sparked a late run, scoring 5 straight points off a key triple and a putback following an SJ Belangel miss that shattered a 31-all deadlock and put the Blue Eagles up, 36-31.

The Blue Eagles continued to pull away with Ravena and Anton Asistio each draining a mid-range shot to extend the lead to 8 points, 44-36, with 3 minutes remaining.

Floor general Matt Nieto effectively iced the game in the last two minutes with another mid-range jumper followed by a crafty pump-fake by Angelo Kouame to spread the gap to 10 points, 48-38.