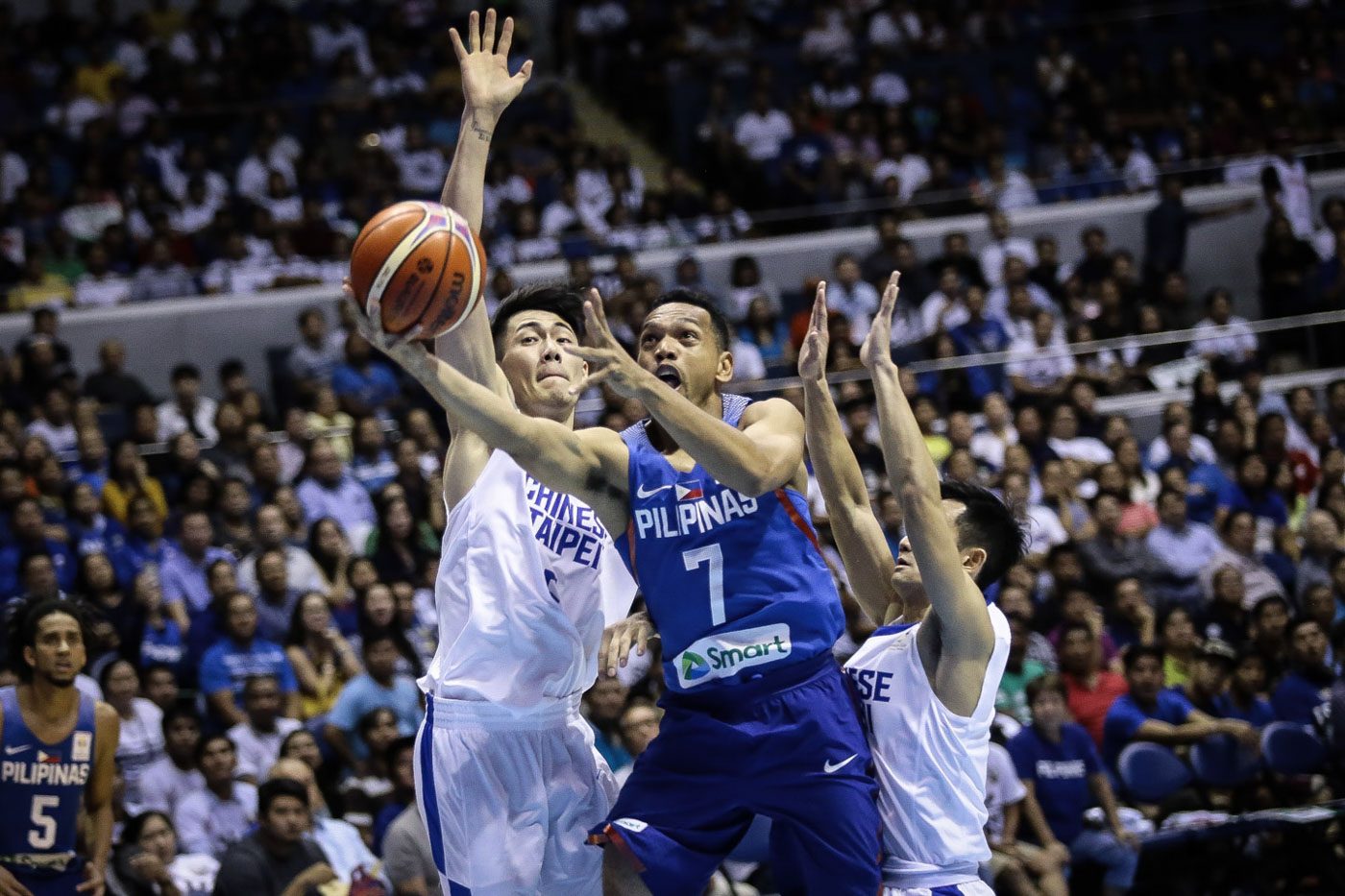 MANILA, Philippines (UPDATED) – Gilas Pilipinas humiliated Chinese Taipei in front of its own people with a 93-71 blowout win in the 3rd window of the Asian Qualifiers for the 2019 FIBA World Cup on Friday, June 29.

June Mar Fajardo frolicked in the paint with 22 points on a healthy 9-of-12 shooting as the Filipinos silenced the sold-out crowd at the Taipei Heping Basketball Stadium despite trailing by as much as 9 points in the second quarter.

Andray Blatche backstopped Fajardo with an all-around effort of 13 points, 12 rebounds, 5 assists, 3 steals and two blocks for Gilas, which hiked its record to 4-1 to gain a share of the lead in Group B with Australia.

Chinese Taipei held a 30-21 second-quarter lead thanks to its pinpont 3-point sniping but the Filipinos regained their bearings behind Romeo and Troy Rosario, who conspired for a 12-3 run to knot the score at 33-all.

Things began to click for the Philippines from there as it ended the first half with another 11-3 spurt, capped by a Matthew Wright triple, for a 44-37 advantage.

“I think it’s just due to some good preparation coming into this ball game. We knew Taipei was going to be a house on fire. We did not lose sight of what we were supposed to do,” head coach Chot Reyes said.

Gilas’ lead swelled to 14 points early in the 4th quarter, 75-61, before the Taiwanese trimmed their deficit to 9 points off back-to-back Wen-Ting Tseng and Cheng-Ju Lu triples, 69-78.

But that was the last time Chinese Taipei threatened a comeback as the Filipinos closed out the game with a 15-2 run.

Gilas veteran Gabe Norwood made his presence felt with 8 points and 5 steals while RR Pogoy had 8 points and two steals in the win.

Quincy Davis paced Chinese Taipei, which fell to a 1-4 card, with 17 points, 7 rebounds and 3 blocks and Lu chipped in 13 markers.

In the other Group B game, Japan stunned Australia, 79-78, to notch its first win in 5 games and keep its bid for a spot in the second round of the Qualifiers alive.

Japan and Chinese Taipei lock horns on July 2 to determine which will join the Philippines and Australia in the second round.