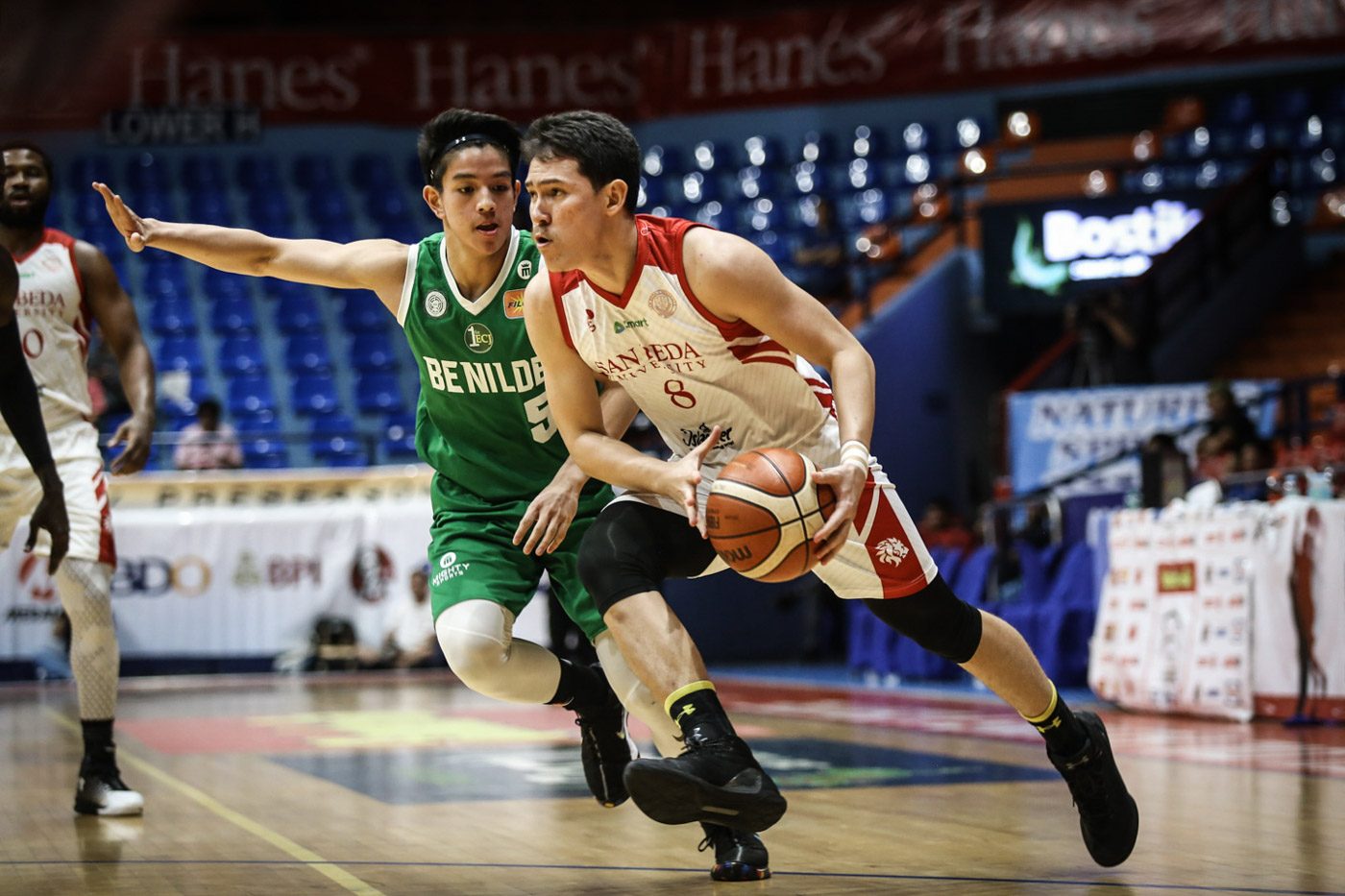 The Blue Eagles – who disposed of the Far Eastern University Tamaraws in their own semifinal pairing – and the Red Lions will clash in the winner-take-all title match on Saturday, June 30, at 6:30 pm.

“It’s just the breaks of the game, he added. “Probably, if they made their shots in that last one minute, they would probably change the course of the ball game.”

Star center Donald Tankoua topscored for the Red Lions with 14 points, but later got disqualified from the game after a technical following an offensive foul.

San Beda rookie Evan Nelle dropped a triple with less than 3 minutes left in regulation to extend the Red Lions’ lead to 9 points, 69-60.

Justin Gutang immediately answered with a triple for St. Benilde, 64-69, and got fouled on another trey attempt with 41 seconds left. He sank all 3 of his charities to put the Blazers within 3, 69-72.

The Red Lions look to defend their crown, nabbing it last year over another UAAP champion, the La Salle Green Archers, who then had two-time MVP Ben Mbala and champion coach Aldin Ayo.