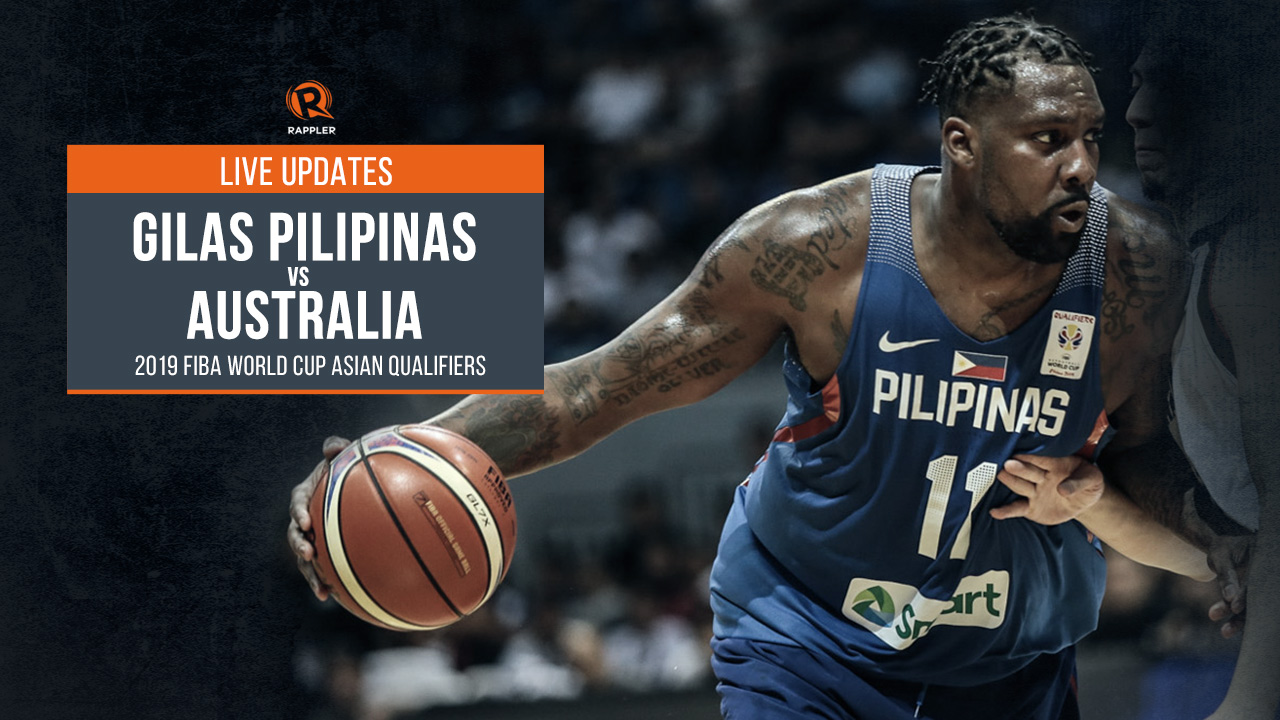 MANILA, Philippines – Gilas Pilipinas is gunning for solo top spot in Group B when it faces Australia to cap off the first round of the Asian Qualifiers for the 2019 FIBA World Cup.

The Filipinos aim to capitalize on their homecourt edge in front of their countrymen in the 55,000-seater Philippine Arena in Bocaue, Bulacan, against the Aussies on Monday, July 2.

Australia dispatched the Philippines, 84-68, the last time the two nations met in the second window in February.

The two teams are currently tied at number one in Group B with identical 4-1 records. (READ: Gilas Pilipinas tweaks lineup vs Australia in World Cup Qualifiers)

Gilas seeks to ride on the momentum it gained from its 93-71 rout of Chinese Taipei on Friday, June 29, while Australia wants to bounce back from a shock 78-79 loss from Japan on the same day.