June Mar Fajardo proves worth with another masterful Gilas showing 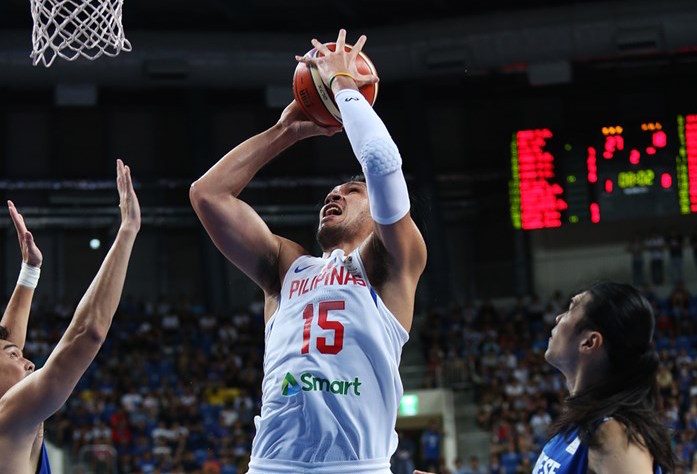 MANILA, Philippines – June Mar Fajardo has long been criticized for not delivering for the Philippines in the international scene the same way he dominates the PBA as the reigning 4-time league Most Valuable Player.

But “The Kraken” has silenced a lot of his naysayers after steering Gilas Pilipinas to a rousing 93-71 romp of Chinese Taipei as the Asian Qualifiers for the 2019 FIBA World Cup resumed on Friday, June 28.

Fajardo had his best game in a Gilas uniform to date as he torched the Taiwanese with 22 points on an ultra-efficient 9-of-12 shooting (75%) to go with 4 rebounds.

After missing his first two field goals, the 6-foot-10 slotman was basically unstoppable from there on. He sank 9 of his last 10 shots and scored at will at the post against anyone the Chinese Taipei defense threw at him.

“With June Mar and Andray (Blatche), Taipei has to pick their poison. Either focus on June Mar or focus on Andray. So when they put their best defenders on Andray, it frees up June Mar to work underneath. But still, even when they put Quincy Davis on June Mar, he still found ways to score. That’s a big weapon for us,” said Reyes.

“When June Mar is operating down low it opens up our shooters as well. So I don’t think it’s any coincidence that we started hitting our threes after June Mar started scoring inside.”

Fajardo poured in half of his output in the crucial 3rd quarter where Gilas finally took control, 66-52, before Chinese Taipei narrowed the gap to 8 points, 60-68, heading into the final frame.

His teammates picked up where he left off in the 4th quarter until the Cebuano capped off his night with back-to-back buckets in Gilas’ game-clinching 15-2 run, highlighted with a two-handed slam.

“June Mar has every right to demand to start, but for him it doesn’t matter. He comes in and he does his job whether that means starting or coming off the bench,” added Reyes.

Fajardo, who is averaging 13.4 points and 4.4 rebounds in the Qualifiers, will look to do the same when the Gilas Pilipinas (4-1) guns for the top spot in Group B against Australia (4-1) at the Philippine Arena on Monday, July 2. – Rappler.com