LeBron James opts out of Cleveland, now a free agent 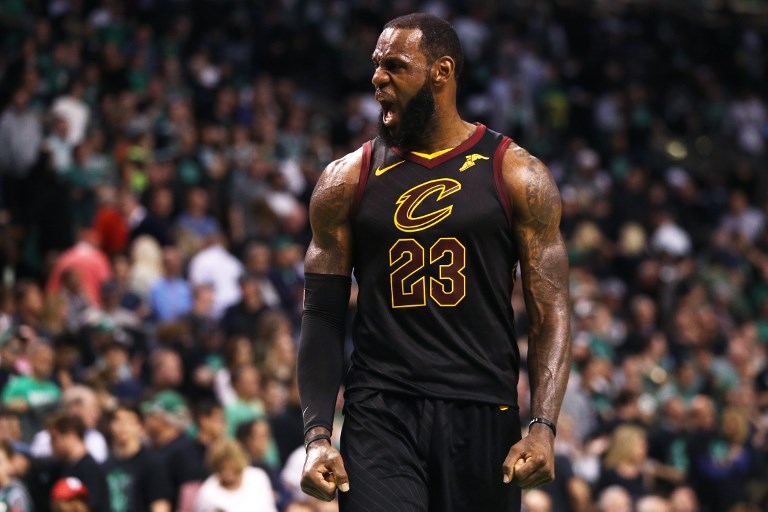 MANILA, Philippines – Cleveland Cavaliers superstar LeBron James has opted out of his contract’s player option to be an unrestricted free agent, per ESPN’s Brian Windhorst.

After his Cavs lost in a clean 0-4 sweep against the Golden State Warriors in their 4th straight NBA Finals meeting, James started to be linked to multiple teams heading into free agency on July 2, Manila time.

Aside from a possible return to Cleveland, the Houston Rockets, Los Angeles Lakers, Philadelphia 76ers and San Antonio Spurs have emerged as strong favorites to land the 4-time MVP, who just finished behind James Harden in this year’s MVP voting.

Disgruntled San Antonio Spurs star Kawhi Leonard and Paul George, who opted out of the Oklahoma City Thunder just a day earlier, have also been linked to James within the Lakers rumor mills.

The 33-year-old James – who declined his $35.6 million 2018-19 player option – won Cleveland its first major sports title in 52 years after carrying the Cavaliers over the Warriors in 2016.

However, he now also carries the dubious distinction of having the most Finals losses (6) since Laker legends Jerry West (8) and Elgin Baylor (8) set the record back in the 1960s. – Rappler.com