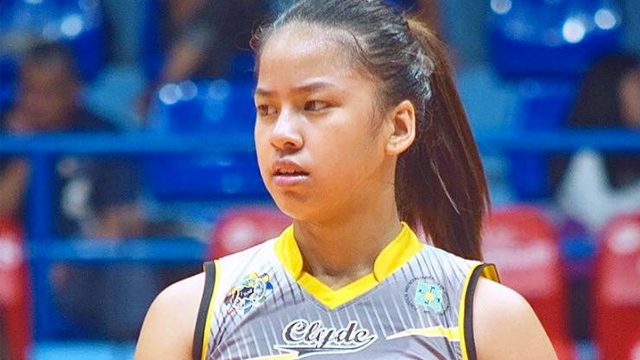 (I’m so excited because I really miss Ate EJ. I have been the only Laure in high school for several years unlike in my first playing year in the UAAP juniors where it was the two of us Laures playing.)

The older Laure, who took home the Season 77 Rookie of the Year, was sidelined in Season 80 reportedly due to a shoulder injury. Her absence, however, received social media backlash from fans who speculated that it wasn’t the true reason.

But the Laure sisters hope to put all issues behind and just focus on backstopping Sisi Rondina as the Golden Tigresses try to bounce back from a 7th place finish in Season 80.

(We want to bring back UST’s glory and winning ways. Of course, we’re not going to settle for the finish we had last year. So this year, we’re working hard in training to improve our performance next season.)

Among the rising volleyball stars in the juniors division, Eya was selected as the Philippine Olympic Committee’s Super Kids awardee from the sport.

The rookie, though, feels the pressure of continuing her sister’s legacy in the tough seniors tournament.

(I feel like everyone is looking at my performance next season, so I have to really prepare for the upcoming season. We need to prepare for it because it’s hard if we don’t get to improve our performance.) – Rappler.com