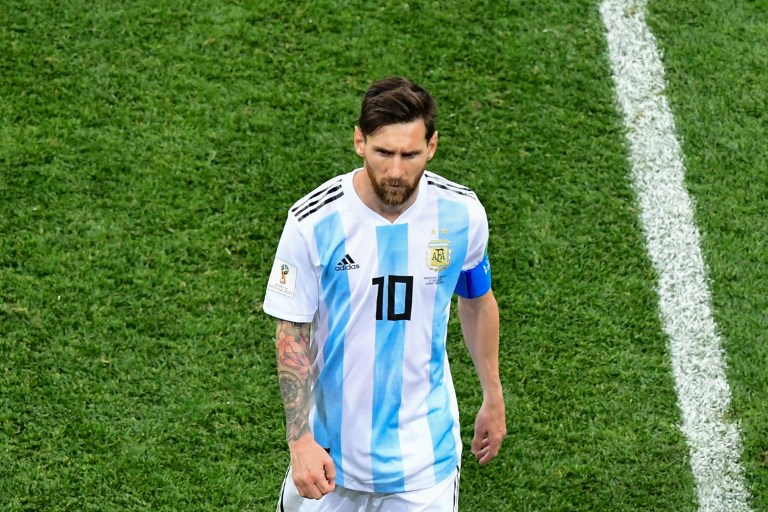 SAINT PETERSBURG, Russia – Four France goals ended Lionel Messi’s 4th World Cup on Saturday, June 30, and may have brought down the curtain on an international career seemingly destined to end in disappointment.

Tens of thousands of Argentines poured into Kazan hoping to see Messi carry an ageing side over one more hurdle after his solitary goal in Russia helped avoid an embarrassing group-stage exit against Nigeria.

He played his part with two assists in a World Cup classic in the last-16 tie but it was not enough to save Argentina’s fragile defense from France’s firepower and, in particular, 19-year-old Kylian Mbappe in a 4-3 defeat.

“It will depend how we do, how it ends,” Messi said before heading to Russia on whether he would continue on the international stage after the World Cup.

The last 16 is the earliest he has exited the competition.

Having turned 31 earlier in the tournament, it looks increasingly like defeat in the final 4 years ago is as close as he will come to matching Diego Maradona’s feat of leading Argentina to glory in 1986.

For all his heroics at club level with Barcelona, Messi – who left his homeland for the Catalan capital aged just 13 – is still looked upon unfavourably when set against Maradona by many in Argentina, who compare their records at international level.

After the 2014 defeat to Germany in Brazil, there was more heartbreak on penalties in the final of the 2015 Copa America and the 2016 Copa America Centenario, both times at the hands of Chile.

Messi missed his spot-kick in the 2016 final, prompting an uncharacteristic spur-of-the-moment decision to retire from international football.

“The fact we’ve lost 3 finals led to some complicated moments with the Argentine press due to the differences in seeing what it means to reach a final,” Messi told Barcelona-based newspaper Sport.

“It is not easy and has to be appreciated. It’s true that winning them is important, but getting there is not easy.”

That became obvious as, even after Messi quickly reversed his retirement from international football, Argentina struggled to even make it to Russia.

Messi missed 8 qualifying matches through injury and suspension, of which Argentina won only one.

Trailing 1-0 to Ecuador in their final qualifier, the two-time world champions were on course to miss out on the World Cup for the first time since 1970 until Messi stepped up to score a hat-trick at altitude in Quito.

Messi’s heroics that night could not cover over the cracks appearing on the field, nor his frustration with a chaotic federation off it.

Messi publicly described the Argentine federation as “a disaster” due to logistical problems suffered by the team during the 2016 Copa America.

Argentina’s preparations for Russia were disrupted when their final warm-up friendly against Israel was cancelled over security fears after the venue of the game was switched to Jerusalem.

The fallout from the defeat to France has already begun, with Javier Mascherano the first of many players expected to retire from international football.

“I think that this World Cup came just in time for us,” said Sergio Aguero, who has played alongside Messi at international level since they were teenagers.

Now Messi must decide whether to prioritize the twilight of his career at club level with Barca by cutting down on regular transatlantic trips to serve his country.

Or if he can summon up the energy for one last shot at glory in Argentina’s colors. – Rappler.com