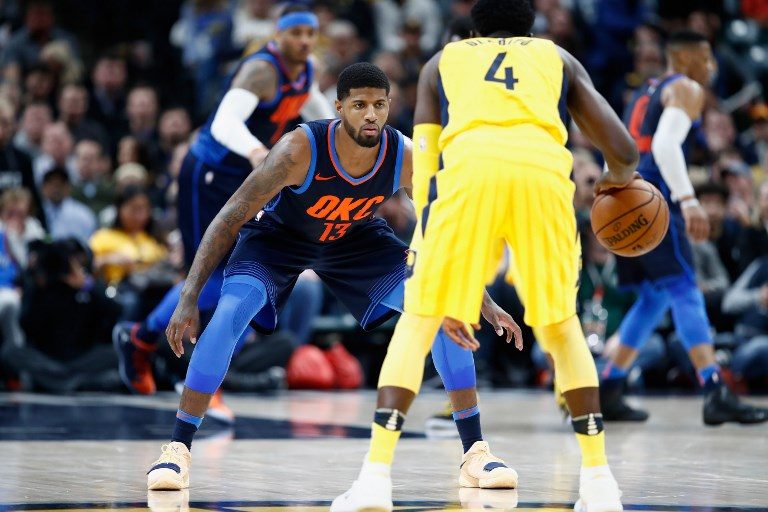 The 5-time All-Star made the announcement at a house party in Oklahoma City hosted by teammate Russell Westbrook.

“Let me say again I am here to stay,” the American broadcaster reported George as saying. “We can bring it home.”

Nothing is official as the teams and players cannot formally sign contracts until Friday, July 6.

If George, 28, sticks with that statement, it would be a huge blow to the Los Angeles Lakers, who have spent a year trying to lure the California native back to the state.

On Thursday, June 28, George told the Thunder he is not opting into his final year on his contract and would become an unrestricted free agent for the first time in his career.

George was traded to the Thunder almost a year ago after telling the Indiana Pacers he would not re-sign with them.

Oklahoma City finished with 48 victories and the Western Conference’s 4th seed but were eliminated by the Utah Jazz in 6 games in the first round of the playoffs.

After acquiring Carmelo Anthony in September, the Thunder appeared to have formed a superteam with the then-reigning league MVP Westbrook.

The season didn’t go as planned, however, as Anthony underachieved and Westbrook had to carry the team on his back for many games.

Case in point was George’s last game, in which Westbrook scored 46 points and George finished with just five points on two-of-16 shooting.