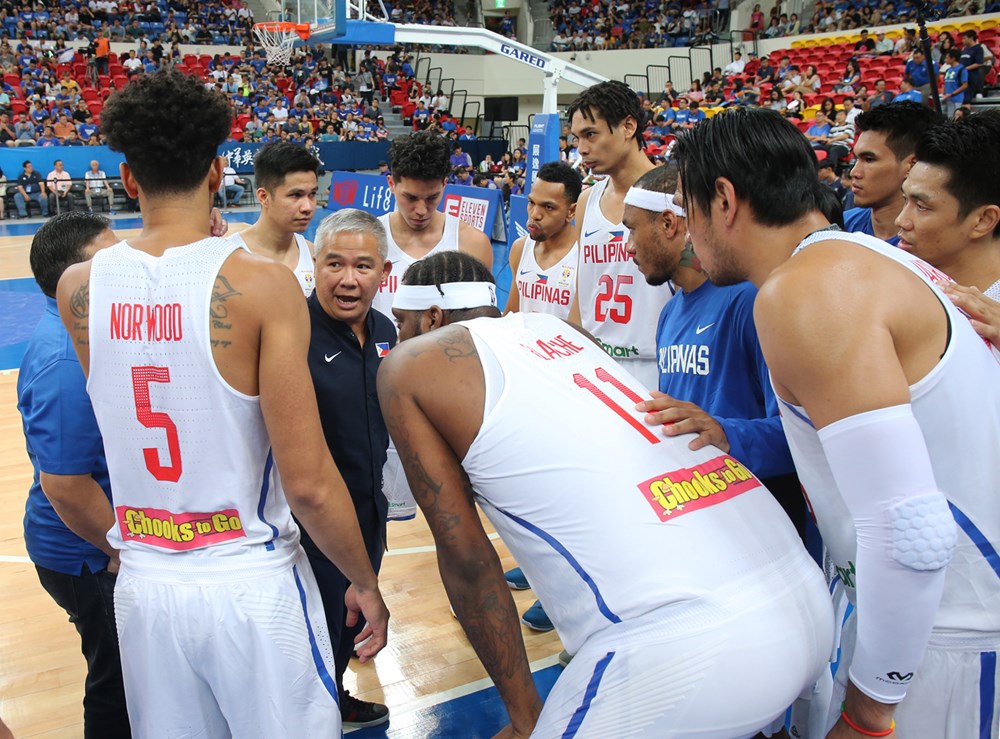 MANILA, Philippines – Gilas Pilipinas patrons Manny Pangilinan and Ronald Mascariñas were left in frustration with Australia after it removed FIBA-approved stickers at the Philippine Arena without permission.

On the eve of the Nationals’ clash against Australia on Monday, July 2, the Aussies ripped the stickers of Gilas sponsors Chooks-to-Go, PLDT, and Smart at the 55,000-seater venue, saying they were slippery.

Pangilinan posted a video of the incident on his Twitter account, saying that they “will not back down” from what Australia did.

Aussie team ripping our/Fiba logos on the court of Phil Arena w/o asking permission. We will not back down. Those stickers go in. Regardless. pic.twitter.com/LMwyiBNtG4

The stickers were approved by FIBA prior to the start of the Asian Qualifiers for the 2019 World Cup and were used during Gilas’ home games against Chinese Taipei and Japan in the past few months.

“Nakakalungkot (It is saddening),” said Mascariñas. “They not only disrespected the world organizing basketball body but also our home soil.”

Even Gilas head coach Chot Reyes could not hide his disappointment, noting that Australia could have talked to the Samahang Basketbol ng Pilipinas (SBP) and FIBA officials who were there inside the venue.

“Madulas daw (They said it was slippery)…. That’s FIBA-approved. Besides, we’ve played in other venues with similar decals. Secondly, if, and that’s a big if, it did indeed make the floor slippery, they had no right to just rip the decals and deface our floor. There were SBP/FIBA officials in [the] venue,” Reyes wrote on Twitter.

Madulas daw, e that’s FIBA approved. Besides,we’ve played in other venues w similar decals. Secondly, IF, & that’s a big IF, it did indeed make the floor slippery, they had no right to just rip the decals and deface OUR floor. There were SBP/FIBA officials in venue #basicdecency https://t.co/ddsJV3AJuD

Gilas, which is tied with Australia at the top of Group B with identical 4-1 records, will go for the solo top spot heading into the second round of the Qualifiers at 7:30 pm on Monday. – Rappler.com