LOOK: ‘The God’ welcomes ‘The King’ to Los Angeles 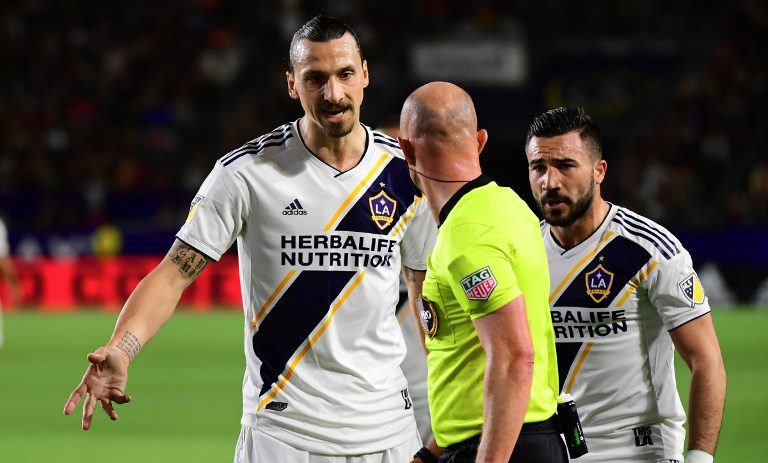 MANILA, Philippines – Upon hearing the news of LeBron James’s move  to the Lakers, LA Galaxy star Zlatan Ibrahimovic said Los Angeles now has a “God” and a “King.”

Ibrahimovic, the football star known as the “Swedish God,” retired from international play two years ago but took his talents to America in the Major League Soccer team LA Galaxy last March.

James, the 4-time NBA Most Valuable Player nicknamed as “The King,” signed a 4-year, $154 million deal with the Lakers on Sunday, July 1 (Monday, July 2 in Manila).

Now LA has a God and a King!
Zlatan welcomes @KingJames pic.twitter.com/4gYooOpURD

Ibrahimovic retired from international football in 2016 after his country’s last match in the Euro 2016 where the team finished at the bottom of the group.

After two seasons with Manchester United, he took his “Ibra-mania” talents to the United States where he signed up with  LA Galaxy just 4 months ago.

Ibrahimovic represented Sweden in the 2002 and 2006 FIFA World Cups. But even minus the star in this year’s FIFA World Cup, Sweden managed to reach the last 16. – Rappler.com