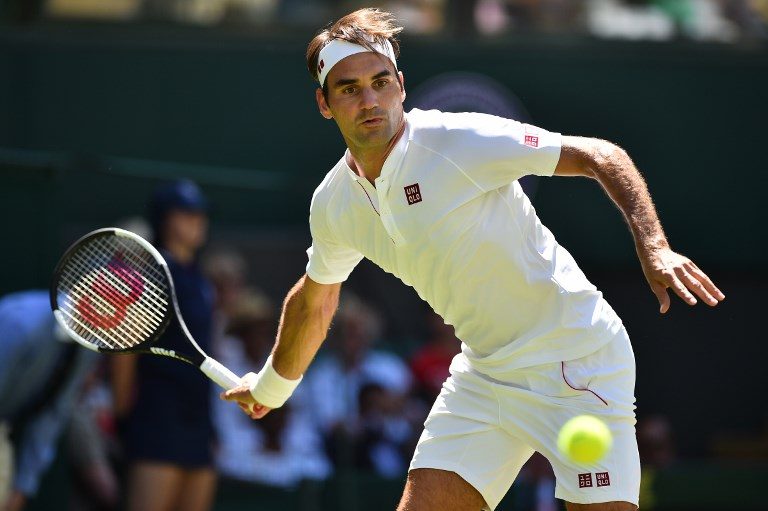 LONDON, United Kingdom – Defending champion Roger Federer marked the start of his 20th successive Wimbledon with a new look and a comfortable 6-1, 6-3, 6-4 win over Serbia’s Dusan Lajovic on Monday, July 2.

Top seed Federer marched out on Centre Court dressed for the first time in gear designed by Japanese giant Uniqlo in a deal reported to be worth $300 million after a two-decade association with Nike.

But everything else was familiar for the 36-year-old 8-time champion as the Swiss cruised past world number 57 Lajovic in just 79 minutes.

It was the second successive year that Federer had knocked out the Serb at Wimbledon.

“I’m very happy, I felt good from the start too which was nice and that was not the case last year against him. I remember I struggled early on a lot,” said Federer who hardly broke sweat in Monday’s 30-degree hothouse.

“It was a really nice feeling. I always got the early break in each set and was able to bring it home.”

After just 20 minutes to complete the first set, Federer went on to fire 35 winners past Lajovic, breaking serve 5 times, setting up a second round encounter against either Lukas Lacko of Slovakia or French qualifier Benjamin Bonzi.

Federer was joined in the second round by the man he defeated in the 2017 final, Marin Cilic.

Cilic, who won the Wimbledon warm-up event at Queen’s Club last month, fired 21 aces and 44 winners past his 259th-ranked opponent.

He will face either Australian qualifier Jason Kubler or Guido Pella or Argentina for a place in the last 32.

US Open champion and 4th seed Sloane Stephens became the tournament’s first big-name casualty when she slumped to a 6-1, 6-3 loss to Croatia’s world 55 Donna Vekic.

For Stephens, fresh from making the French Open final last month, it was her second successive first round loss at the tournament.

Vekic, who sealed the upset on her fourth match point, faces Slovakia’s Viktoria Kuzmova or Sweden’s Rebecca Peterson in the second round.

“I finally got through a match like that,” Vekic told the WTA after her first win over a top 5 player.

“The last couple of times I played against top players I was playing good but I would still lose. My team always said it’s going to come and it did today.”

Stephens shrugged off the loss.

The American returns to the tournament for the first time since claiming a 7th title in 2016 having missed last year to give birth to her daughter.

Williams, seeded 25 this year despite a ranking of 18, has never played Rus, the world 107 who made the 3rd round in 2012 but failed to get out of qualifying on her last 3 visits.

Also getting their campaigns under way on Monday are 5-time women’s champion Venus Williams against Johanna Larsson.